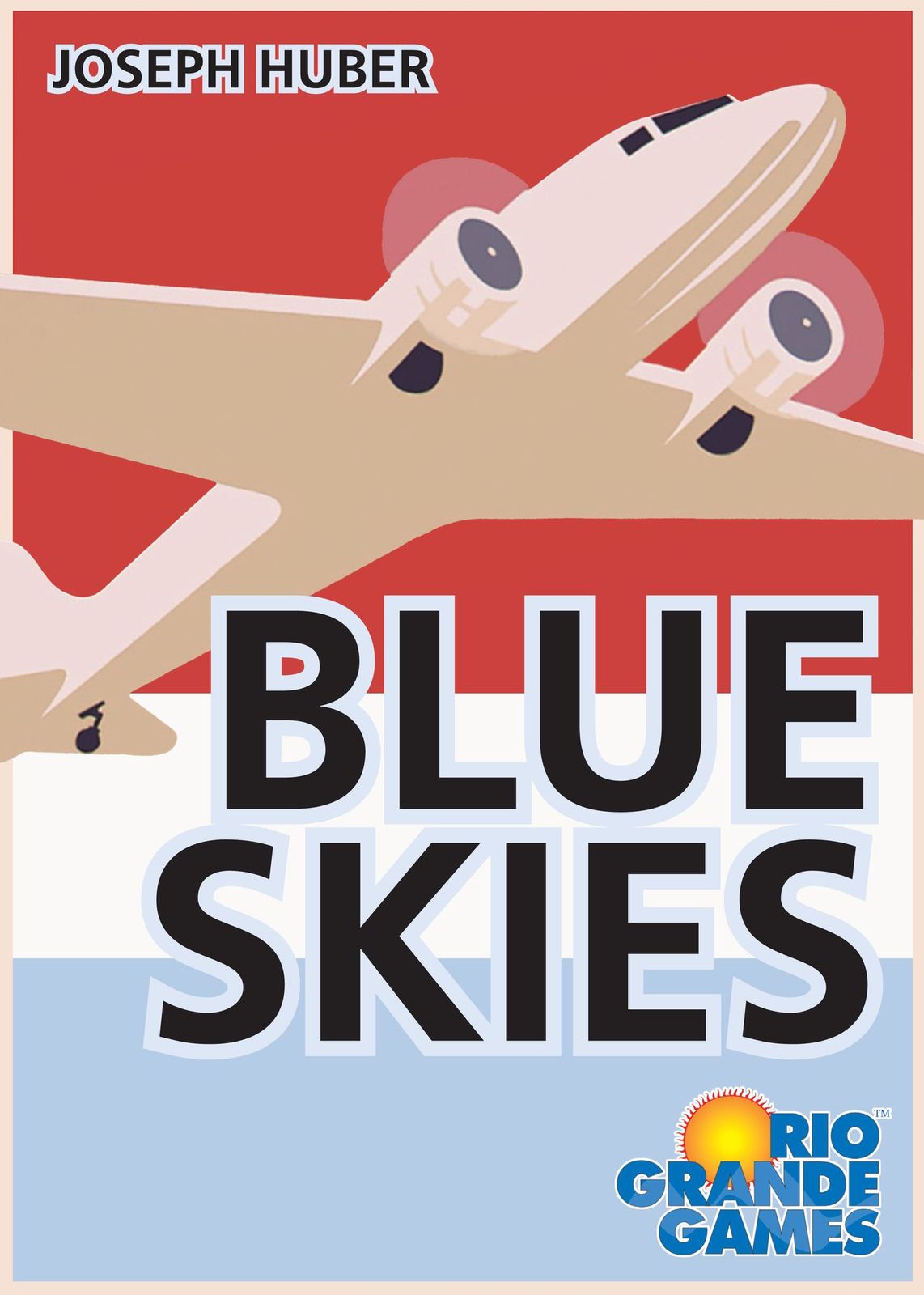 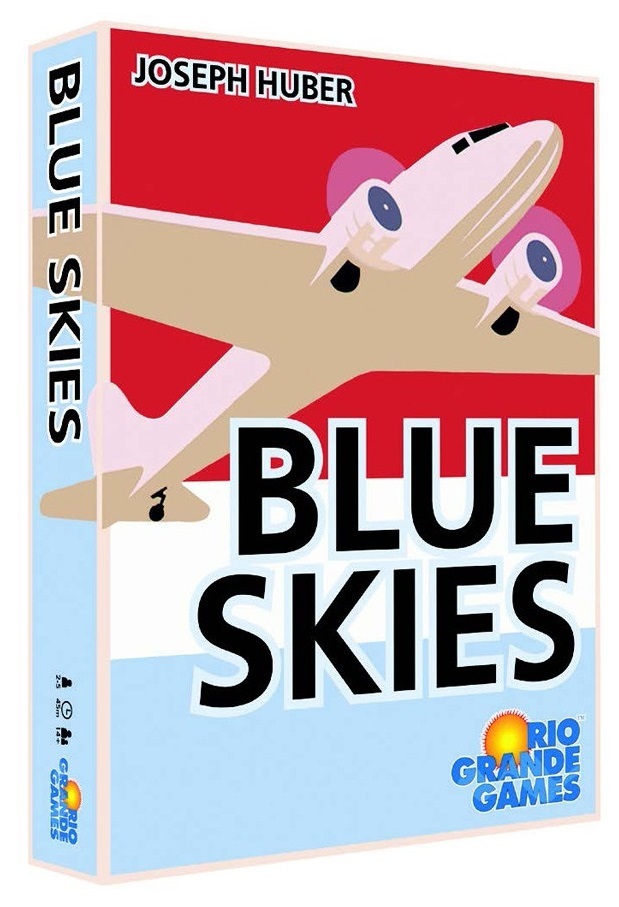 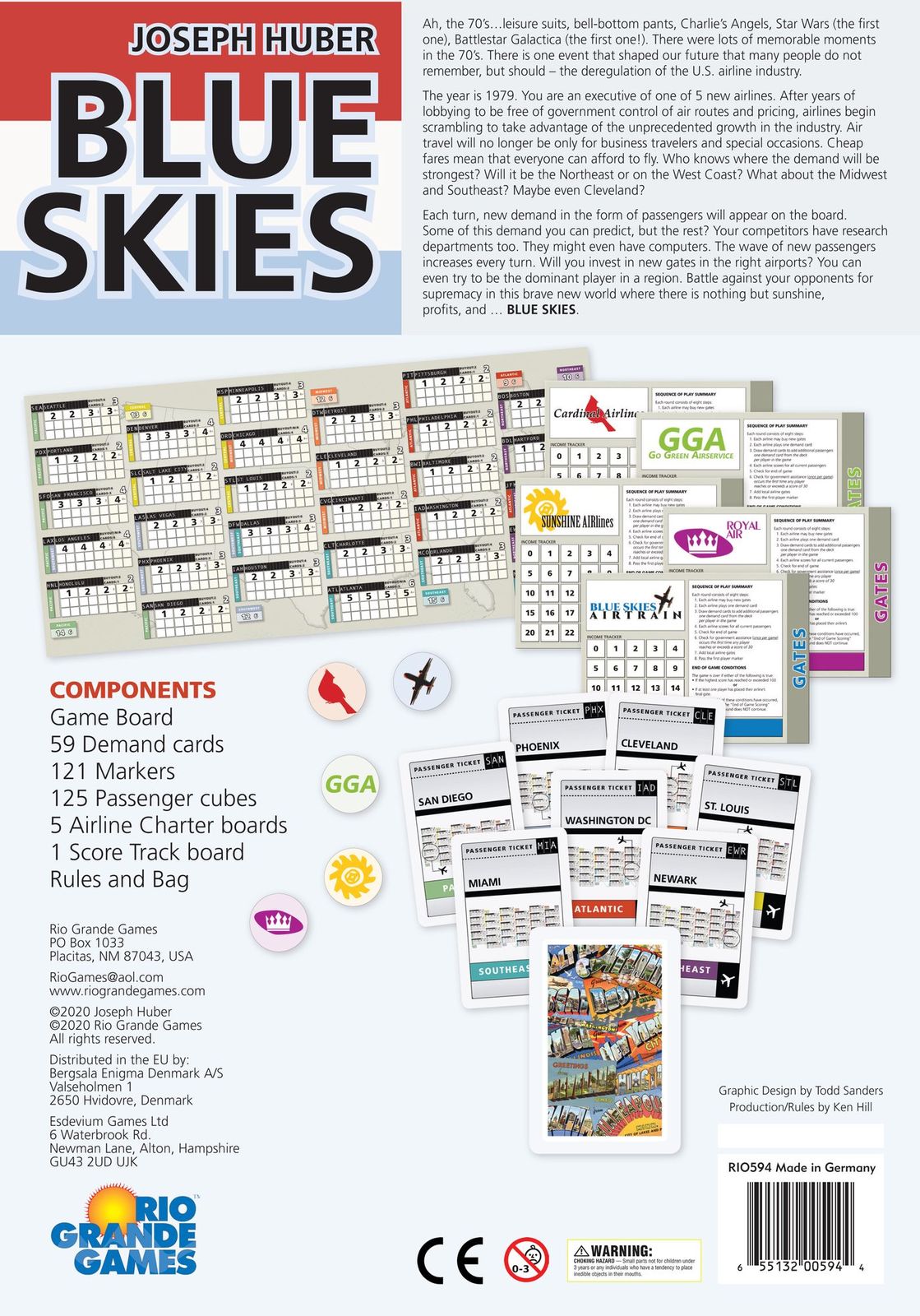 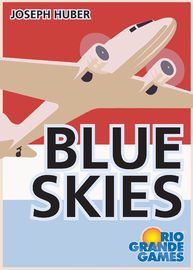 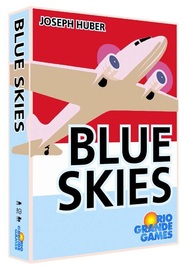 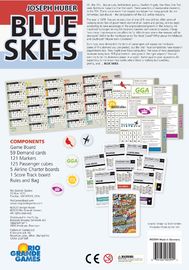 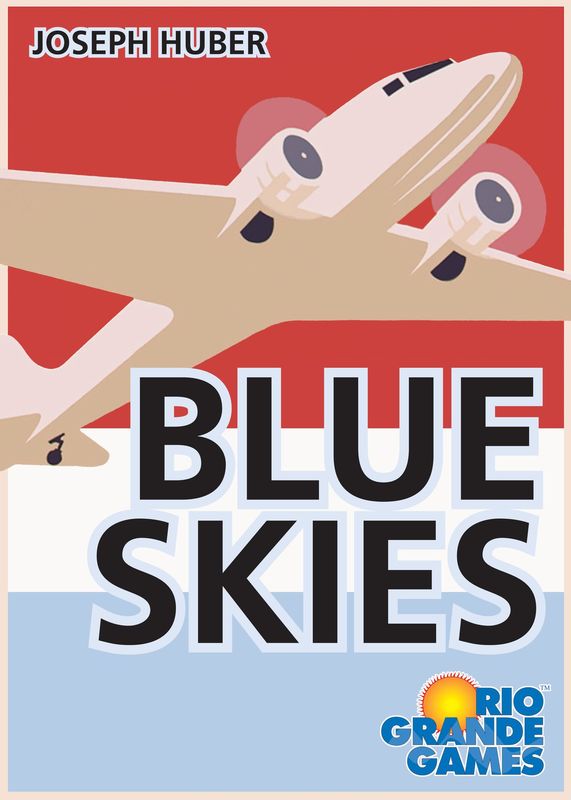 Ah, the 70’s…leisure suits, bell-bottom pants, Charlie’s Angels, Star Wars (the first one), Battlestar Galactica (the first one!). There were lots of memorable moments in the 70’s. There
is one event that shaped our future that many people do not remember, but should – the deregulation of the U.S. airline industry.

The year is 1979. You are an executive of one of 5 new airlines. After years of lobbying to be free of government control of air routes and pricing, airlines begin scrambling to take advantage of the unprecedented growth in the industry. Air travel will no longer be only for business travelers and special occasions. Cheap fares mean that everyone can afford to fly. Who knows where the demand will be strongest? Will it be the Northeast or on the West Coast? What about the Midwest and Southeast? Maybe even Cleveland?

Each turn, new demand in the form of passengers will appear on the board. Some of this demand you can predict, but the rest? Your competitors have research departments too. They might even have computers.

The wave of new passengers increases every turn. Will you invest in new gates in the right airports? You can even try to be the dominant player in a region. Battle against your opponents for supremacy in this brave new world where there is nothing but sunshine, profits, and … BLUE SKIES.