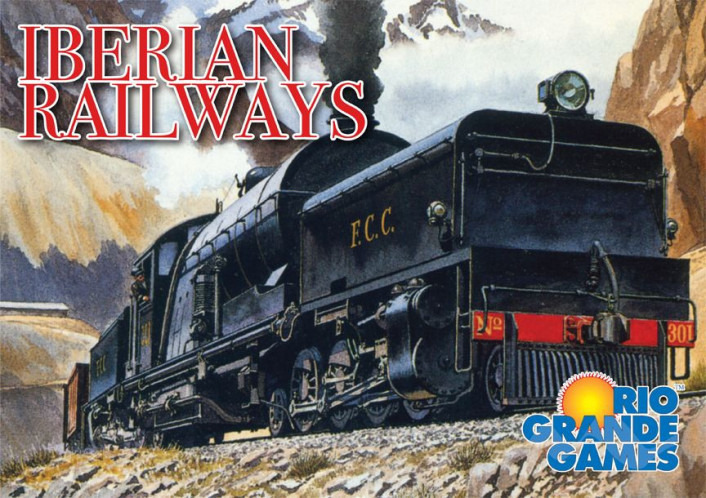 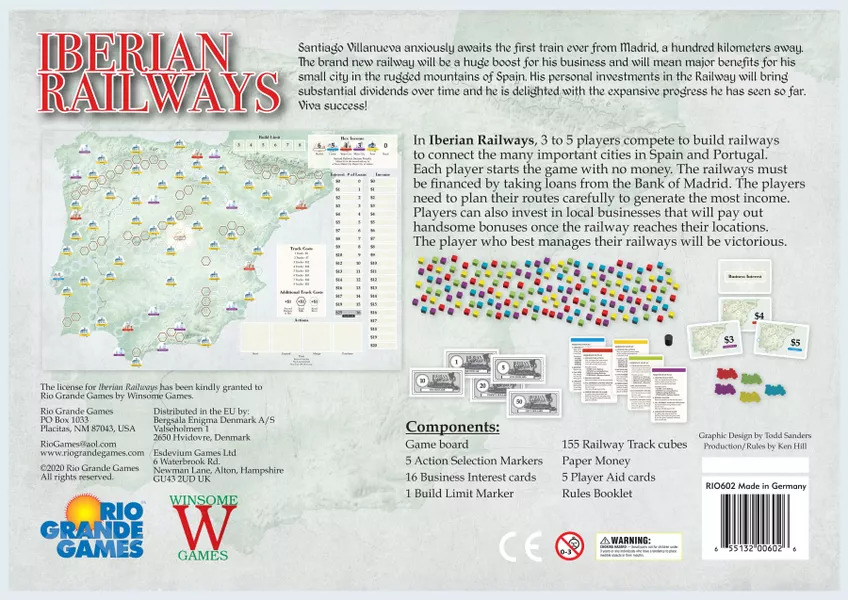 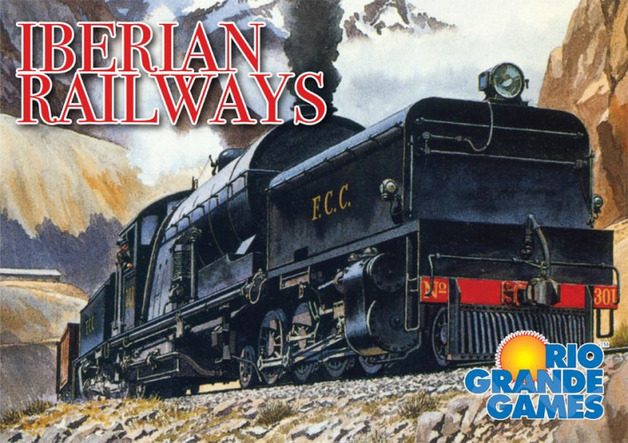 estimated release date
Pre-order now to secure yours from our first shipment!
0 in Trolley
Free Delivery with Primate

This product is expected to release on 31st August, 2021 (estimated date)

**In Iberian Railways, you start with nothing but hope and a willingness to take on debt in order to construct railways that connect towns and cities across the Iberian peninsula*

The game board depicts Spain and Portugal, with towns, “minor” cities, “major” cities, Lisbon, and Madrid (collectively called “urban hexes”) being color-coded on a hex-based map. The board includes four action spaces — start, expand, merge, purchase — with all players starting on expand. On a turn, you must move your action marker to a new action, then either take that action or pass.

After you complete an action or pass, you receive your current income from the bank, pay interest on your loans (taking additional loans if needed), optionally pay off one of your loans for $6, then see whether the game ends because you've placed your final cube on the game board. Once the game ends, points are awarded for certain categories of growth, with each player being awarded in case of a tie. Whoever has the most cash on hand receives 2 points, and 1 point is awarded for each of the following: highest income, longest continuous run of track, most business interests, most towns in overall network, most minor cities in overall network, and most major cities in overall network. Whoever has the most points wins.