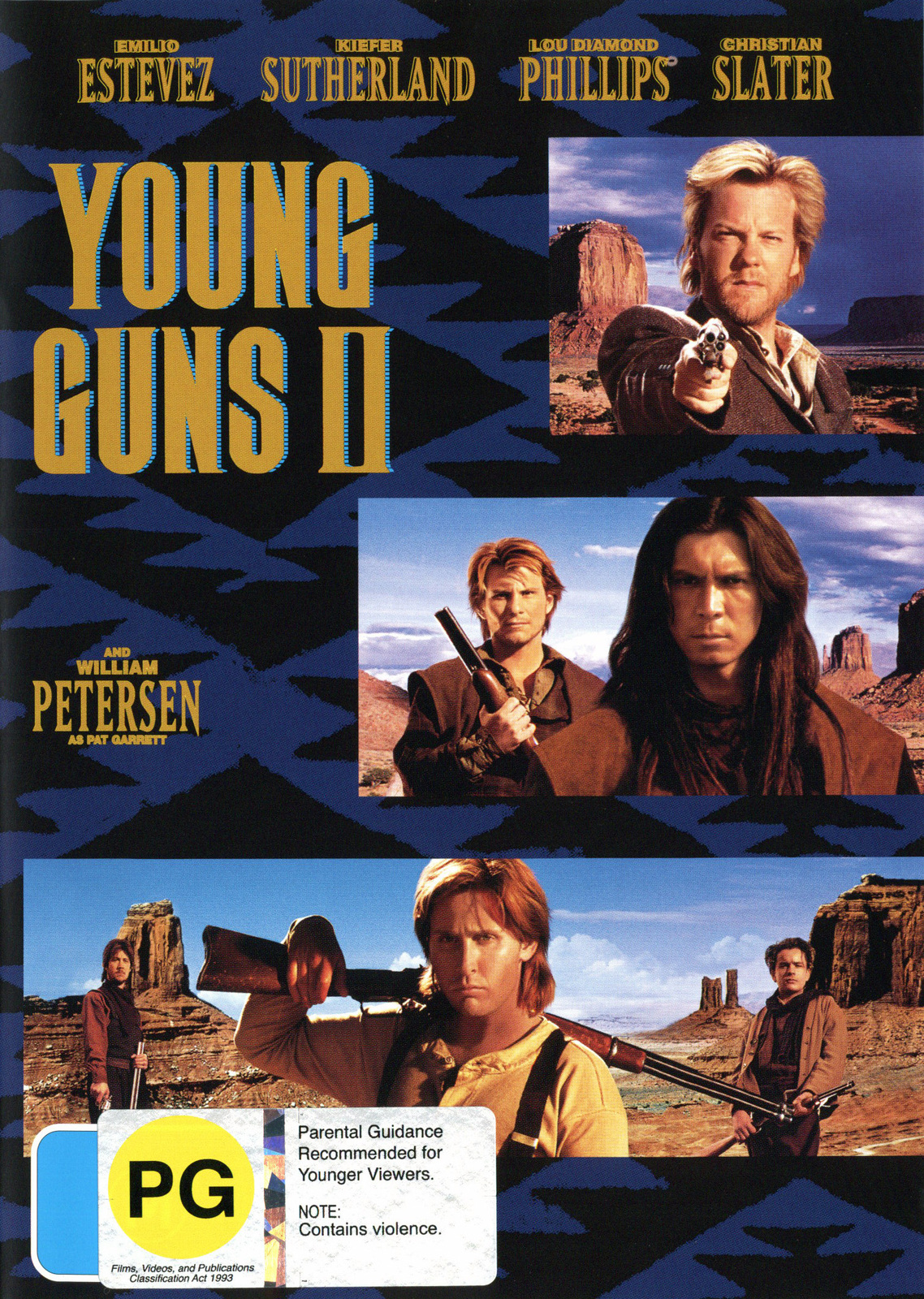 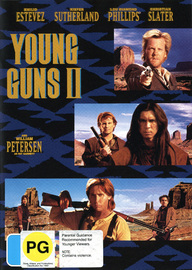 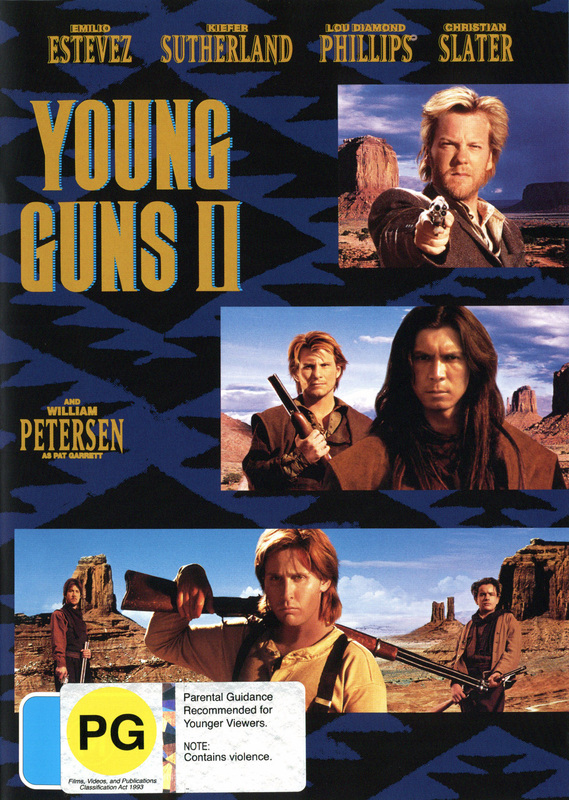 Bought Young Gun's 1 & 2 off off MA and I must say they are both amazing!

This is an amazing film. Emilio Estevez is amazing as Billy the Kid. Also the songs by Jon Bon Jovi are awesome! Highly recommend this!

Based on billy the kid, brillant western, lots of action and very good story line, keeps u intertained

A legend forged in a blaze of glory.

Good weather for a hanging. Billy the Kid's outlaw ingrates are penned like sows in a Lincoln County pit and the Kid is strapped in a nearby hotel. But the hangman will go home disappointed tonight. Billy cleverly breaks himself - then his gang - free. One of the West's greatest legends lives to ride another day.