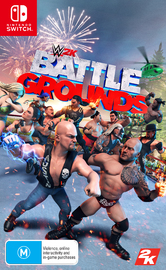 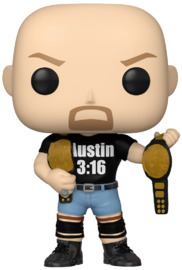 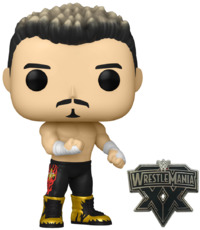 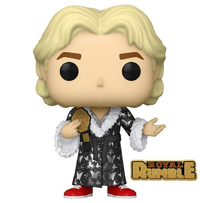 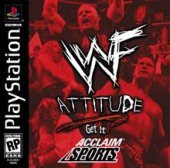 Unavailable
Sorry, this product is not currently available to order
They've taken everything you loved about War Zone and added so much all-new stuff that WWF Attitude will truly be the greatest wrestling game ever! All-new features will blow your mind plus tried and true classic features you'd expect. Get an attitude.

World Wrestling Federation Attitude lays the smack down with all-new features that will blow your mind plus the tried and true classic features you've come to expect from the #1 wrestling video game franchise! We've taken everything you loved about War Zone, improved it and then added so much all-new stuff that World Wrestling Federation Attitude will truly be the greatest wrestling game ever! Check out the feature list below for the latest information.
WWF Attitude features over 40 superstars including The Rock, Stone Cold Steve Austin, The Undertaker, and D-Generation X featuring Triple-H. WWF Attitude will also feature new specialty matches including the LumberJack, King of the Ring, and Survivor Series and all-new Match options including First Blood, I Quit, 2 out of 3 falls, Iron Man, Tornado, Last Man Standing, Weapons, and more. Other features include new arena environments, new superstar entrances with individual pyrotechnics and music, all-new Create-A-Wrestler options, action in the aisle, photo-realistic wrestlers with real-life faces and 3-D environments, and over 400 moves for each superstar including trademark finishing moves!