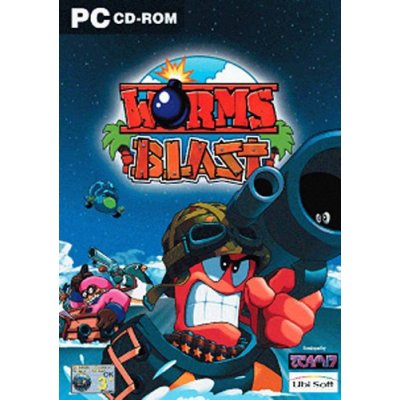 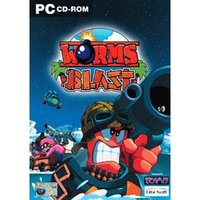 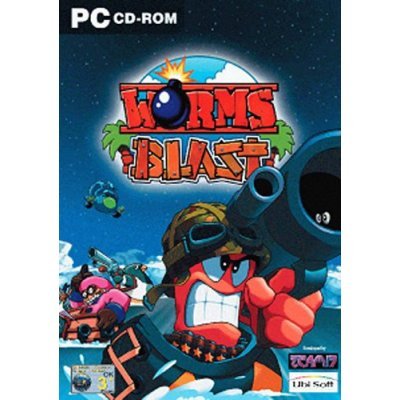 Show Hide Adult Content
Unavailable
Sorry, this product is not currently available to order
Worms Blast is all about survival, live longer than your opponent and in the mean time have lots
of fun and blow things up, it is what everyone wants from a game. Worms Blast is the party game par excellence. The game is bright, breezy and wonderfully colourful whilst being funny, wacky and violent.

GAMEPLAY:
The aim of the game is to survive, either longer than your opponent or until one player has reached a set objective. Worms Blast gives us our fifth trip to the Worms universe. You control a team of worms, you square off against opposing worm team(s) - either AI or human-controlled - in a kill-them-before-they-kill-you fight .
As always in the series, Worms Blast tests the players thinking, skill, reflexes, forward planning and nerve. Control your character of choice, 6 hand picked individuals with serious delusions of grandeur. Cross the world to crush your opponents.

* The 9 characters in Worms Blast are taken a step further, rendered as 3D models for the first time. They are given personality, a mean arsenal of weaponry and a unique boat for them to terrorise the waves on.

* Beautiful cartoon-style art backgrounds in a variety of detailed locations.

* Humorous and lively sounds and music