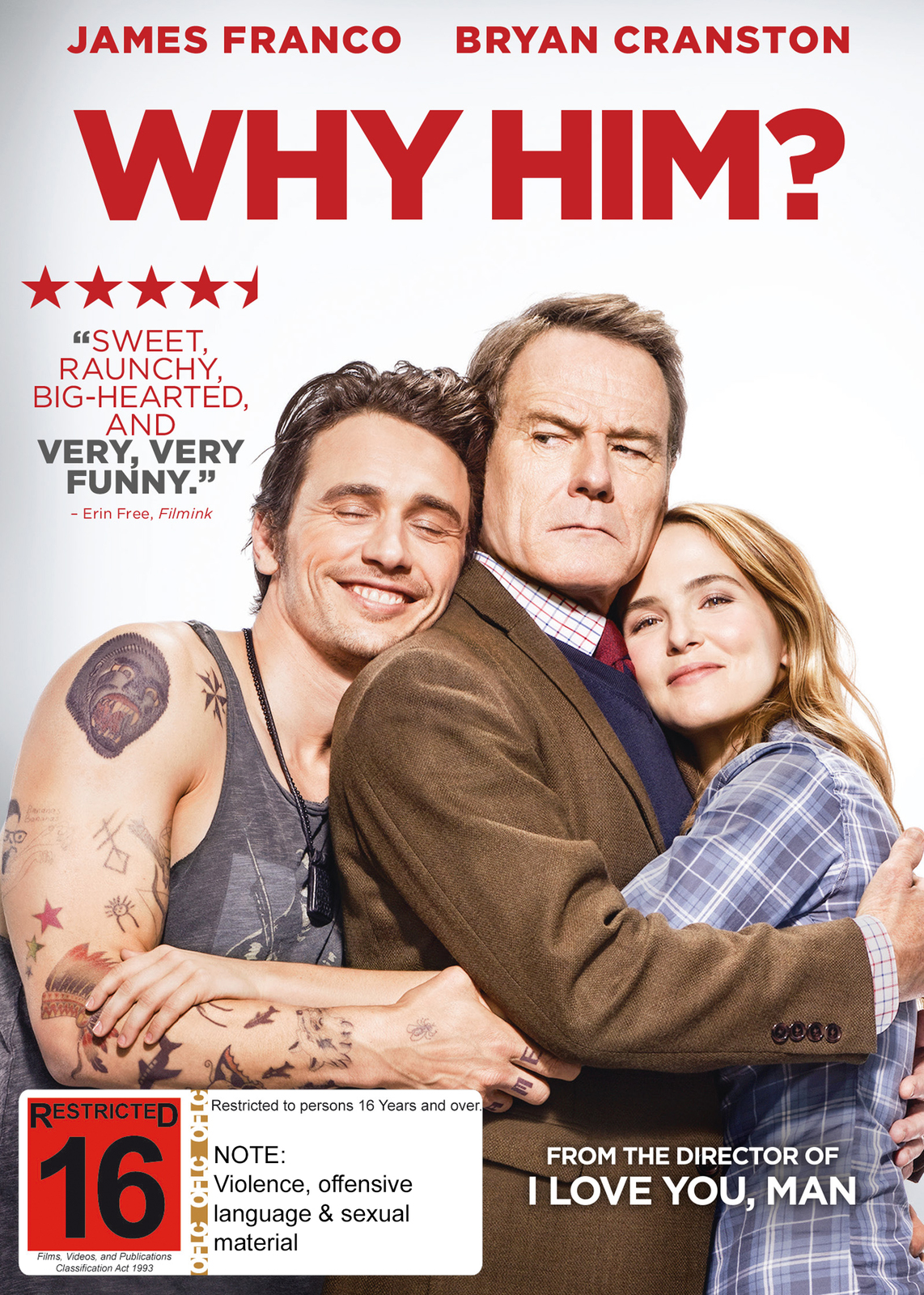 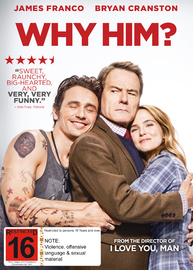 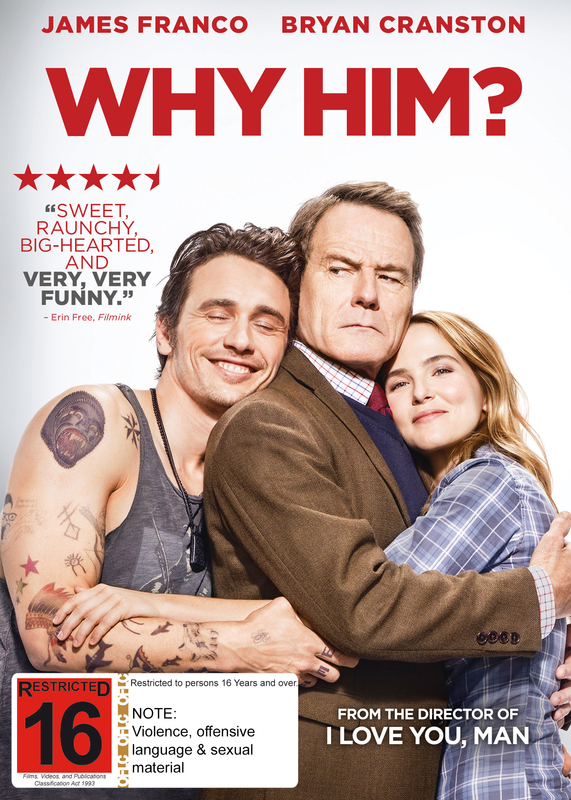 Over the holidays, Ned (Bryan Cranston), an overprotective but loving dad and his family visit his daughter at Stanford, where he meets his biggest nightmare: her well-meaning but socially awkward Silicon Valley billionaire boyfriend, Laird (James Franco). The straight-laced Ned thinks Laird, who has absolutely no filter, is a wildly inappropriate match for his daughter. The one-sided rivalry-and Ned's panic level-escalate when he finds himself increasingly out of step in the glamorous high-tech hub, and learns that Laird is about to pop the question.

“In a prime example of comic alchemy, Bryan Cranston and James Franco bounce off each other splendidly in a raucous, adult-only comedy where, once again, a naughty veneer encases a film with a healthily conservative message.” – 3AW

“This is modern, old-fashioned fun, and I hope Franco keeps making films such as this.” – The Australian

“Why Him? works best when it rides on the interplay between Cranston and Franco, where the film effectively acts as a marathon in paternal terror.” – Under the Radar