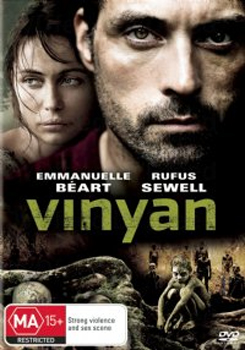 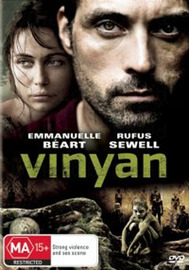 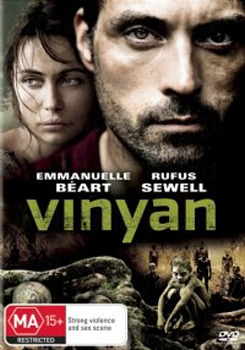 When someone dies a horrible death, their spirit becomes confused and angry. They become “Vinyan”. A couple leaves the civilized world behind and descends into a living nightmare in this chilling horror thriller. Six months after losing her only child in the Southeast Asia tsunami, Jeanne (Emmanuelle Beart, Mission: Impossible) is convinced she sees him in a film about orphans living in the jungles of Burma.

While her husband (Rufus Sewell) is worried that she's losing her mind, he still agrees to take her to search for their son together. Introduced to a dangerous gang of human traffickers, they find themselves alone and stranded in the middle of a treacherous jungle, set upon by a band of feral children. Has their search for their son led them to a fate more horrific than death?