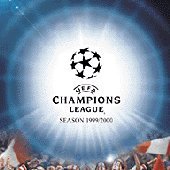 The UEFA CHAMPIONS LEAGUE is the most prestigious club football tournament in the world. Every year millions of television viewers tune in to experience the fervour and excitement of this fantastic competition. As a licence, the UEFA Champions League symbolises quality, passion and integrity.

UEFA CHAMPIONS LEAGUE Season 1999/2000 reflects the stature of the licence, presenting you with the unique opportunity to re-create Europe’s most intense soccer spectacle. Take control of any of Europe's top thirty-two clubs, each with a wealth of talent and become a part of football history. Choose between a variety of gaming modes that allow you to play actual fixtures from Season 1999/2000 and create your own custom tournament. With improved graphics, a new engine, even more realistic player models, lifelike animations and new moves, this game will take some beating in the playability stakes.