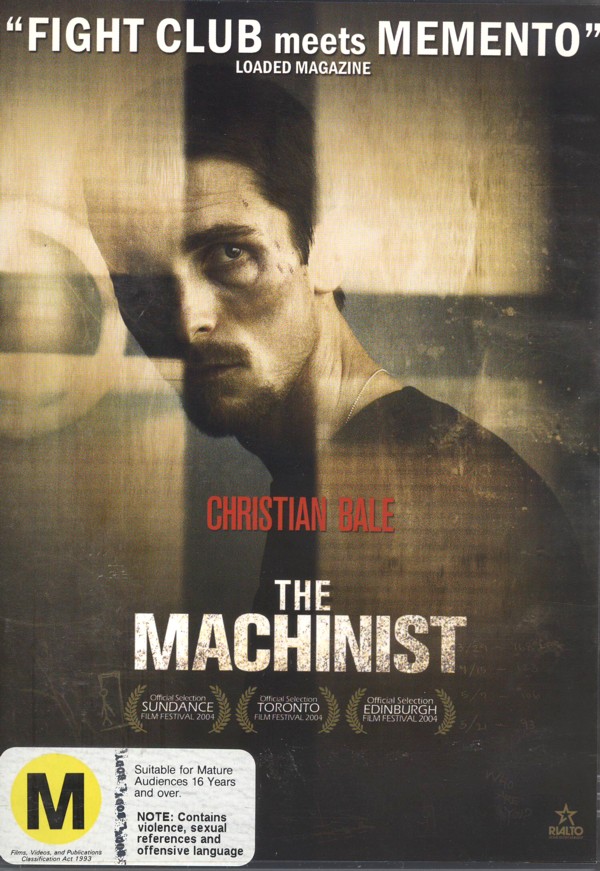 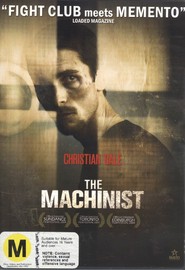 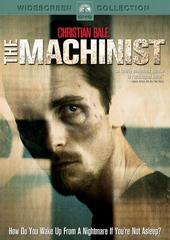 I don't think I liked this movie, but it was an interesting movie to watch. Bale was amazing and disgusting at the same time. The cinematography was also stunning. I felt the story line was a bit too Fight Club for my liking.

The story of THE MACHINIST turns the very nature of fright inside out, and exposes its inner workings, drop by drop, bit by bit, until a startling mystery is solved. Joining a tradition of psychologically probing thrillers such as Vertigo, Repulsion, Peeping Tom and Memento, this dreamlike story of a man's waking nightmare is not so much about external events – though it has its physical thrills – but the far more shocking and unsettling horrors that can boil over inside a man's own fragile mind.

Directed by Brad Anderson (Next Stop Wonderland, Happy Accidents and the cult hit Session 9), THE MACHINIST drops the audience directly into the reality (or is it?) of a man who appears to be losing his mind. At the center of this uncanny world is Trevor Reznik, portrayed by a physically transformed Christian Bale, who has been suffering from an insidious form of ceaseless insomnia for a year.

His nerves frayed, his body so gaunt he is accused by those around him of starting to disappear, it is all Trevor can do to make it to his job each day, toiling away in a grim, gray, dangerous machine shop where saw blades chatter rhythmically, men wear iron masks and electrical sparks are always flying through the air.