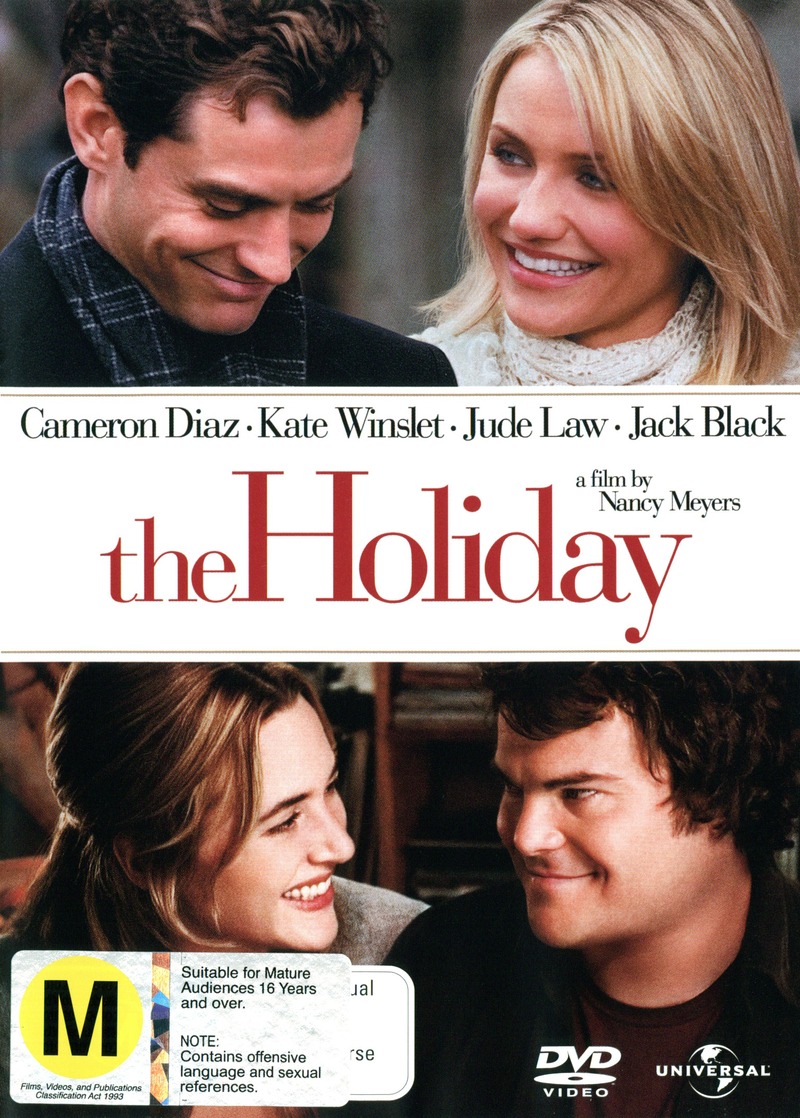 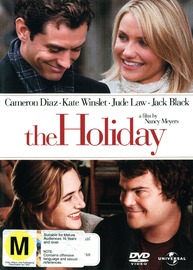 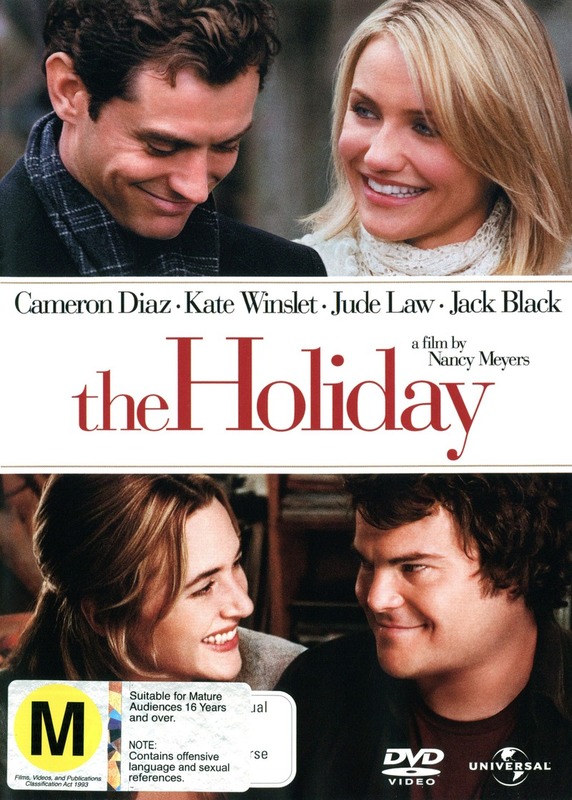 … but my husband really liked it too! I was actually really suprised at how much I liked this movie. Great parallel story lines and the characters were really engaging. To often you can't get past the actor you see in the tabloids to see the story but this definately wasn't the case with The Holiday. Enjoy!

Really enjoyed this movie. An absolute must see.

Its just a really nice movie, funny and just a good movie.

The Holiday is a 2006 American romantic comedy film starring Cameron Diaz and Kate Winslet as two lovelorn women from opposite sides of the Atlantic Ocean, who temporarily exchange homes to escape heartbreak during the holiday season. Jude Law and Jack Black co-star, with Eli Wallach, Shannyn Sossamon, Edward Burns and Rufus Sewell supporting.

After bad bouts of man trouble just before the holidays, Amanda Woods (Diaz) and Iris Simpkins (Winslet) are desperate for a change of scene. Traveling in opposite directions (Diaz to London, Winslet to Los Angeles), each finds herself alone in an unfamiliar town, but neither remains a stranger in her new surroundings for long. Cameron Diaz and Kate Winslet join an all-star cast that includes Jude Law, Jack Black, Eli Wallach, Ed Burns and Rufus Sewell in The Holiday, writer-director Nancy Meyers' latest take on the strange ways of love, and the high price of neglecting your own heart.