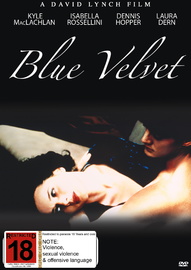 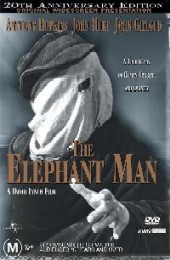 One of the most brilliant and touching movies ever made. Beautifully acted drama film based on the story of the real life 19th Century Englishman Joseph Merrick (called John Merrick in the film). The stroy of the film follows John from his squalid existance as a freak show performer who is severely deformed and living a horrible existance, to an improved life in one of London's hospitals. However, even in his rescuer, he remains a freak for others amusement, even as he tries to behave as a human being. Fantastic direction by David Lynch and stellar performances by John Hurt as John Merrick and Anthony Hopkins as the surgeon Frederick Treves. Human nature and frailty is wonderfully played out in black and white, adding wonderfully to the cinematic experience.

Dr. Frederic Treves (Anthony Hopkins) discovers Joseph (John) Merrick (John Hurt) in a sideshow. Born with a congenital disorder, Merrick uses his disfigurement to earn a living as the “Elephant Man.” Treves brings Merrick into his home, discovering that his rough exterior hides a refined soul, and that Merrick can teach the stodgy British upper class of the time a lesson about dignity. Merrick becomes the toast of London and charms a caring actress (Anne Bancroft) before his death at 27.