Unavailable
Sorry, this product is not currently available to order
A hugely engaging adventure set in a Victorian-style world -- a fantastical version of Dickens -- that will appeal to fans of Susanna Clarke and Philip Pullman. Two orphans are more than they seem. And one megalomaniac will stop at nothing to find them! When Molly Templar witnesses a brutal murder at the brothel she has just been apprenticed to, her first instinct is to return to the poorhouse where she grew up. But there she finds her fellow orphans butchered, and it slowly dawns on her that she was in fact the real target of the attack. For Molly carries a secret deep in her blood, a secret that marks her out for destruction by enemies of the state. Soon Molly will find herself battling a grave threat to civilization which draws on an ancient power thought to have been quelled millennia ago. Oliver Brooks has led a sheltered life in the home of his merchant uncle. But when he is framed for his only relative's murder he is forced to flee for his life. He is accompanied by Harry Stave, an agent of the Court of the Air -- a shadowy organization independent of the government that acts as the final judiciary of the land, ensuring that order prevails.Chased across the country, Oliver finds himself in the company of thieves, outlaws and spies, and gradually learns more about the secret that has blighted his life, but which may also offer him the power to avert the coming catastrophe. Their enemies are ruthless and myriad, but Molly and Oliver are joined by indomitable friends in this endlessly inventive tale full of drama, intrigue and adventure.

'The characters are convincing and colourful, but the real achievement is the setting, a hellish take on Victorian London. the depth and complexity of Hunt's vision makes it compulsive reading for all ages' Guardian

'Wonderfully assured. Hunt knows what his audience like and gives it to them with a sardonic wit and carefully developed tension' Time Out

'Like a magpie, Stephen Hunt has plucked colourful events from history and politics and used them for inspiration.Hunts tells his full-blooded tale with lip-smacking relish, revealing a vivid, often gruesome imagination. T'he Court of the Air' brims with originality and, from the first, its chase-filled plot never lets up' Starburst

"Doorstopper steampunk fantasy from British newcomer Hunt.Hunt's world is a curious past-future blend of aerostats, mechanical computers, psychic powers, self-willed steam-powered robots, Elder gods, talking superweapons and more. When orphan Molly Templar, sold from the local workhouse to a high-class bordello, starts work, her first client turns out to be an assassin. Molly escapes with the help of a steamman (she can fix damaged machines in a trice) and eventually learns from King Steam that she has a rare blood type - and that every person that shared it has been murdered. Elsewhere, another seemingly ordinary orphan, Oliver Brooks, lived four years inside the otherworldly "feymist"; since even brief exposure to feymist causes terrifying psychic powers to develop, the authorities are deeply suspicious of him. (Those less fortunate, whose powers develop, are cruelly enslaved or permanently consigned to dungeons.) Oliver returns home to find his uncle's household massacred, with disreputable spook Harry Stave the sole survivor. Together Harry and Oliver flee for their lives. After more than half a book's worth of adventures, the protagonists - youthful ciphers whose function is limited to forwarding the plot and acquiring the superpowers necessary to its culmination - finally meet, having discovered that they're the good guys in a struggle of prodigious and dystopian import. Watching everything are observers from the Court of the Air, a cadre of executioners dedicated to curbing powerful ambitions and government excess - or so they claim. Almost too inventive - it's just one jaw-dropping page after another - with hypercomplicated, barely intelligible plotting set forth in a breathless style: Harry Potter mugs H.P. Lovecraft, and L. Ron Hubbard explains it all. "(Kirkus Reviews)

Stephen Hunt set up one of the first science fiction and fantasy websites, www.SFcrowsnest.com, in 1994. Today the site has 340,000 readers a month. Stephen Hunt is in his thirties and lives with his wife and children in Surrey.
Release date NZ
September 3rd, 2007
Author
Country of Publication
United Kingdom
Imprint
HarperCollins
Pages
588
Dimensions
129x198x36
ISBN-13
9780007232185
Product ID
1661529 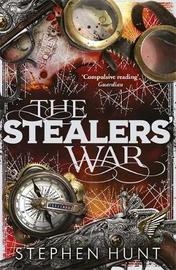 The Stealers' War
Paperback / softback
$25.00
In stock with supplier 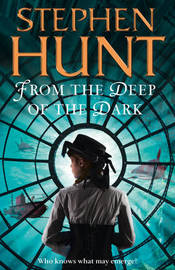 From the Deep of the Dark
Paperback / softback
$46.00
In stock with supplier 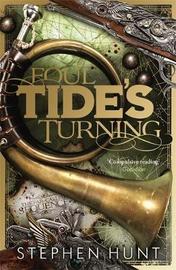 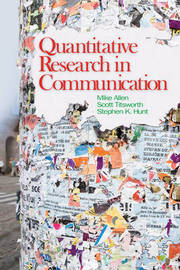 Quantitative Research in Communication
Paperback / softback
$209.00
In stock with supplier