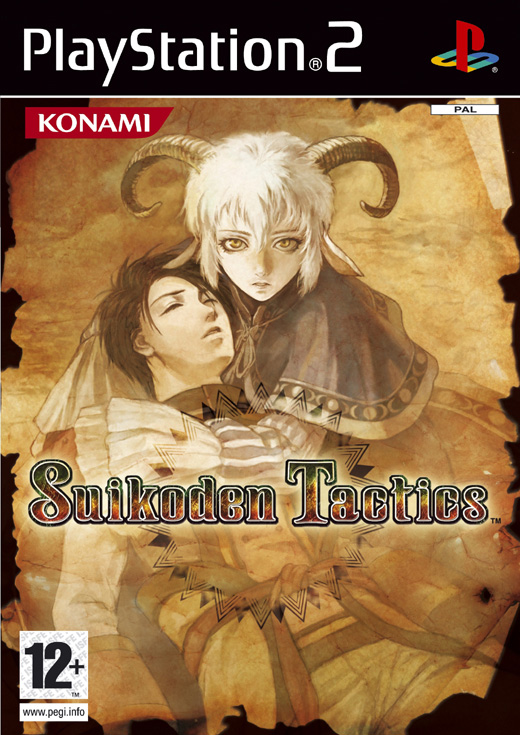 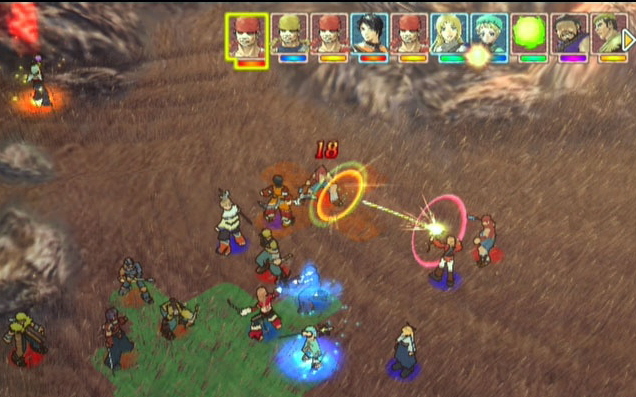 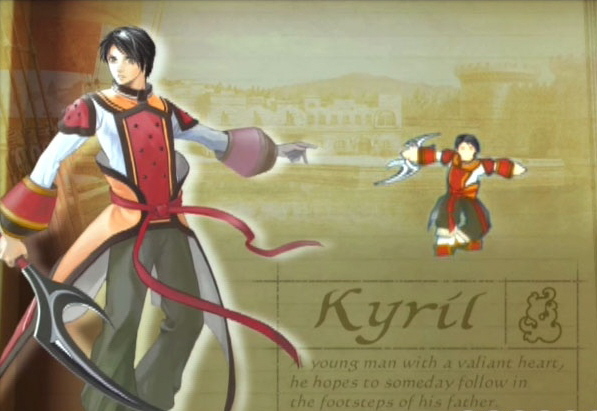 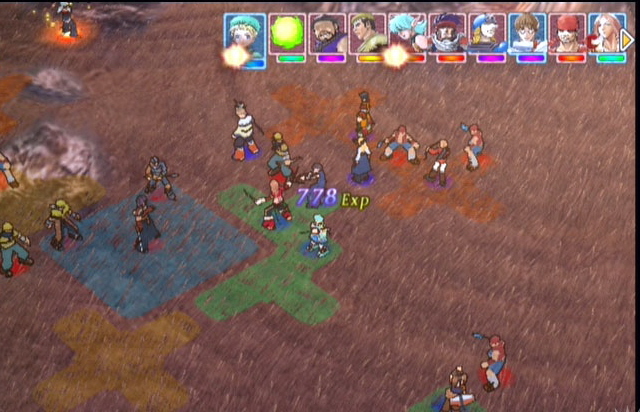 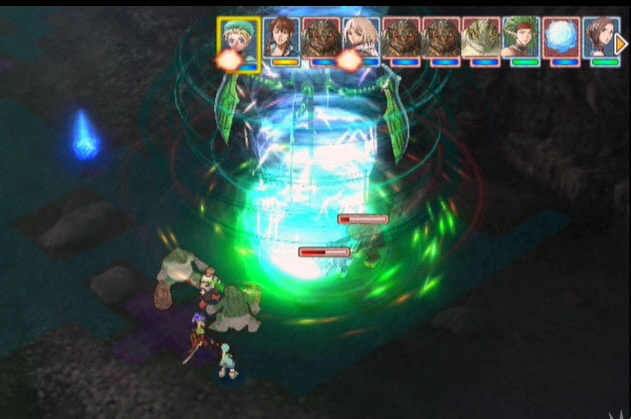 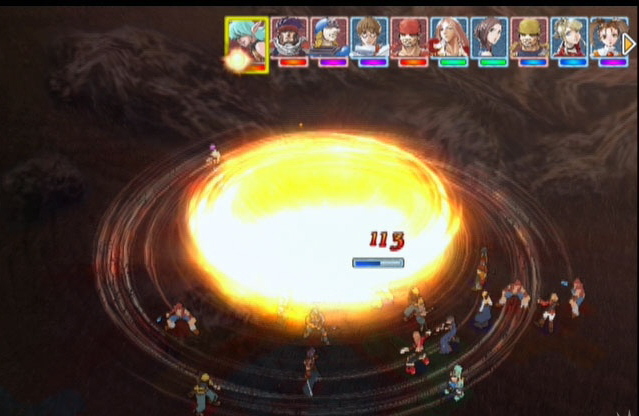 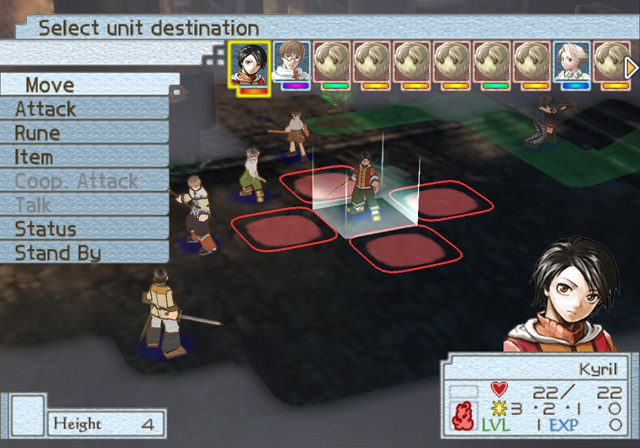 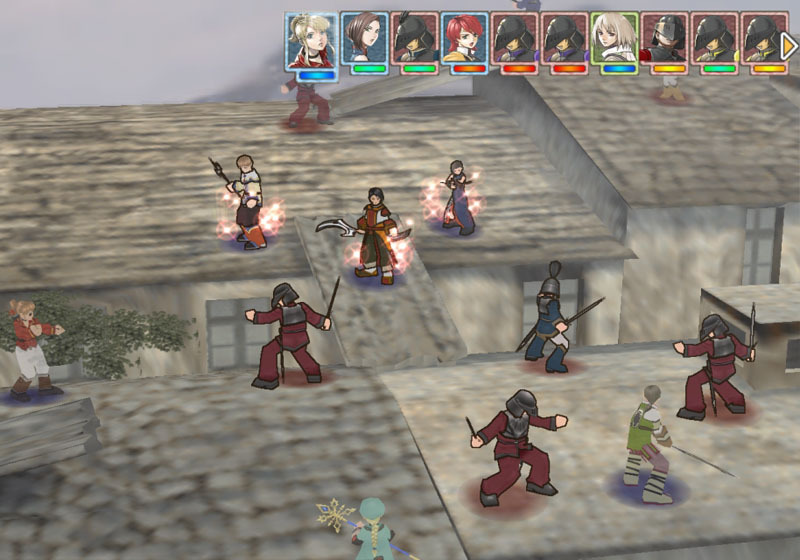 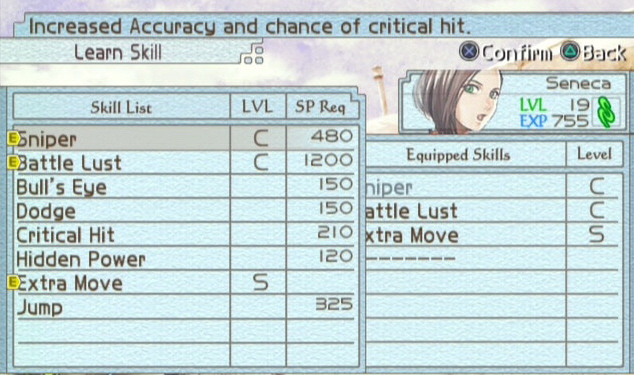 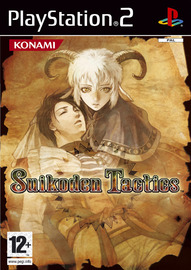 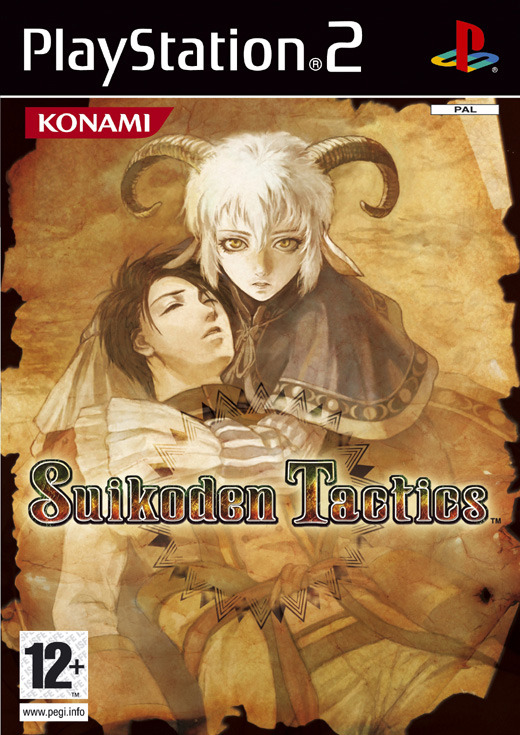 Suikoden Tactics is a directly connected to Suikoden IV, but instead of being a JRPG like all the previous titles of the series, it is a strategy RPG, or SRPG. The game continues the story of Suikoden IV, bringing in familiar characters from the fourth game, while having a brand new group of protagonists. While the game succeeds at an interesting and unique strategy battle system using elements of the Suikoden franchise, its downfall is its bland storyline (which you probably won't even understand if you didn't play Suikoden IV first).

The story opens up with the main hero Kyril, traveling with his father and other companions to hunt down Rune Cannons, and try to solve the mysteries tied to it. The plot is interwoven with the plot of Suikoden IV, and takes place slightly before, and during the fourth game. You will meet many familiar faces, and you'll find out how certain characters are connected to each other, more insight into their past and their actions not shown in Suikoden IV, etc. Overall the story is simple, and lacks the grand scale and epic feeling of the main games. However the characters are likable and interesting, and during the game they interact on and off the battlefield, giving the main plot a little more depth.

Gameplay is where this game really shines. The unique battle feature is the use of the elemental terrain. Each character has their own element, and in a rather rock-paper-scissors manner, each character is strong towards and weak against certain elements. Standing on your own elemental terrain allows you to improve your stats and recover health, so how you plan to set up the terrain and for each character greatly improves your chances of victory. It sounds simple at first, but it gets more complicated as enemies also can change the terrain to their advantage, as well as being resistant to elements. Classic Suikoden gameplay are also in this game, such as Runes, weapon levels, recruiting characters.

Suikoden Tactics isn't groundbreaking in terms of graphics. The characters are out of proportion, small, cell shaded figures. They carry almost no expressions and it's sometimes hard to tell certain characters apart. The environment is inconsistent. At times they're well lit, with beautiful textures resembling a water colour painting, but during most dungeons the background is dark and repetitive. Many of the tracks from Suikoden IV are recycled, but they're beautiful and fit each situation nicely. Voice acting is nothing spectacular, but it's not a huge part of the game, as most of the story's told in text anyway.

This game has an addictive battle system that fans of SRPGs would probably enjoy. However only those who have played Suikoden IV first would fully understand and appreciate the story. So if you're a Suikoden series fan, or an SRPG fan, give this game a try and you won't be disapointed.

Suikoden Tactics is a decently long and challenging game. With returning Suikoden IV characters and revealing more of the Suikoden IV story.

Also Like Suikodens 1,2 and 3 you can load data from Suikoden IV and it will enable your characters to remember eachother and causes new events and such.

Over all a really good game i would like to see someone try and complete it 100% in only two play throughs.

A must for Suikoden fans.

Acting as a companion title to last year's Suikoden IV, Suikoden Tactics is set before, during and after the events of that game. It stars a new hero, Kyril, as he initially flees from hideous creatures overrunning the Island Nations, before forming a band of heroes to help repel the invaders. Kyril must also learn about the mysterious Rune Cannons, weapons that, perhaps, could be used against the monstrous beasts.