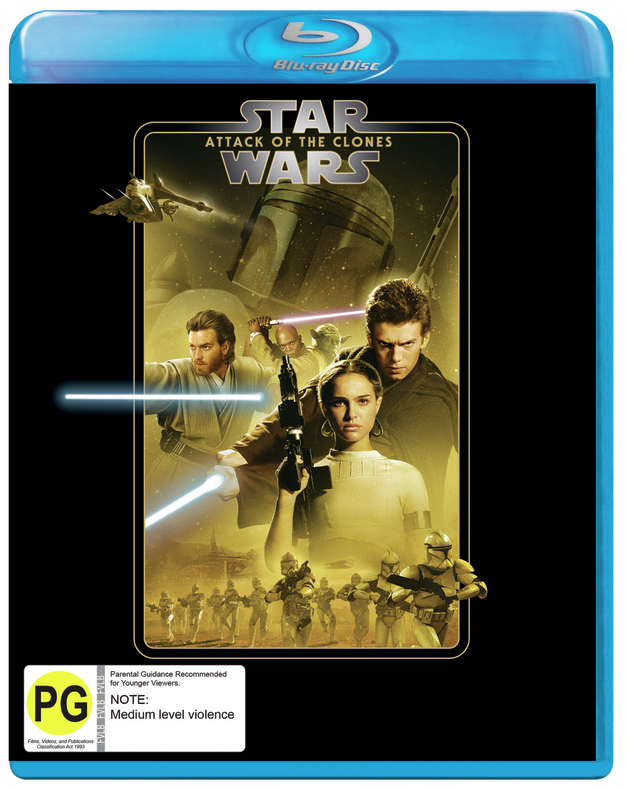 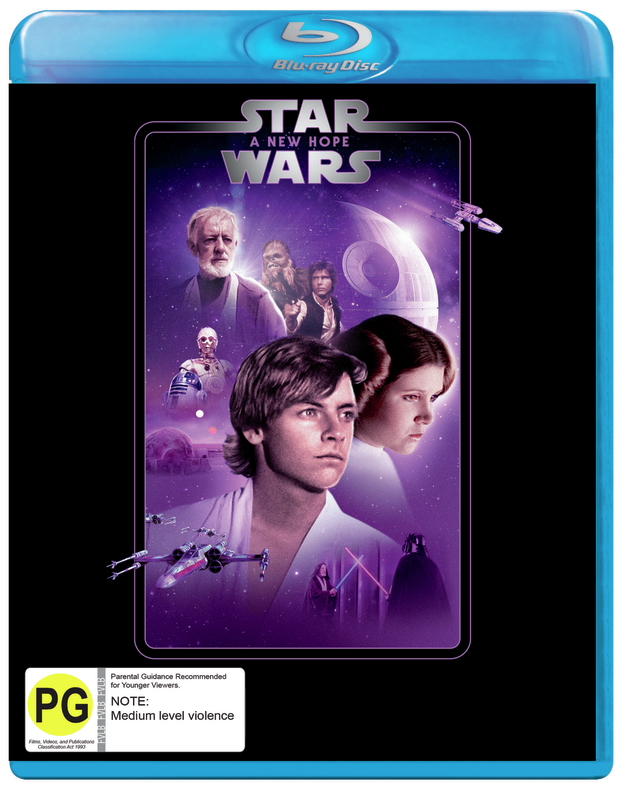 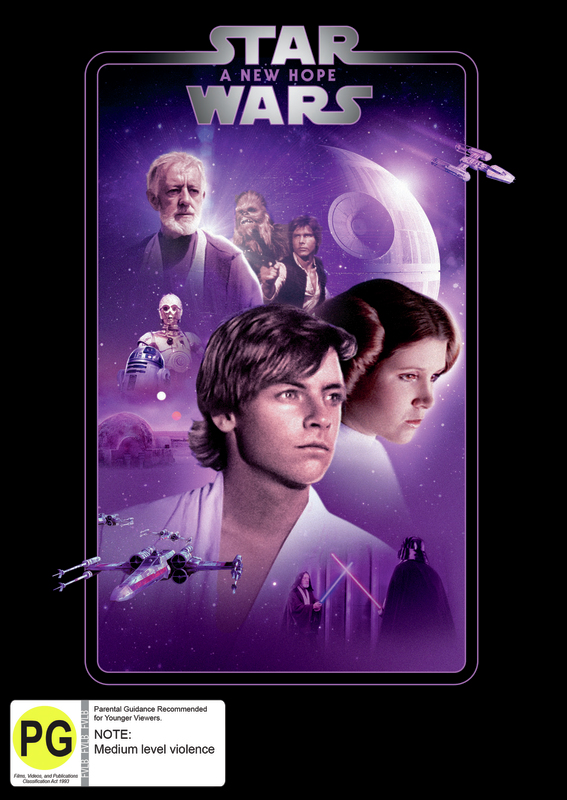 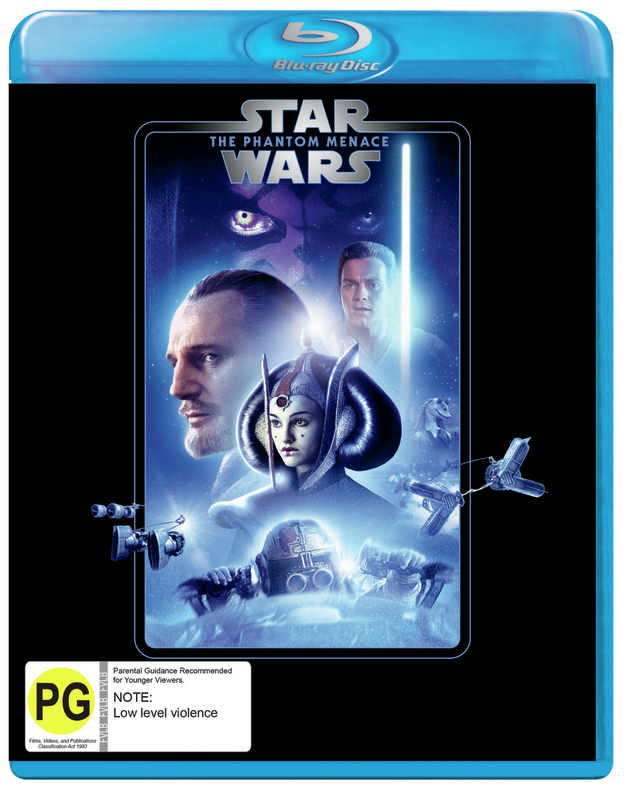 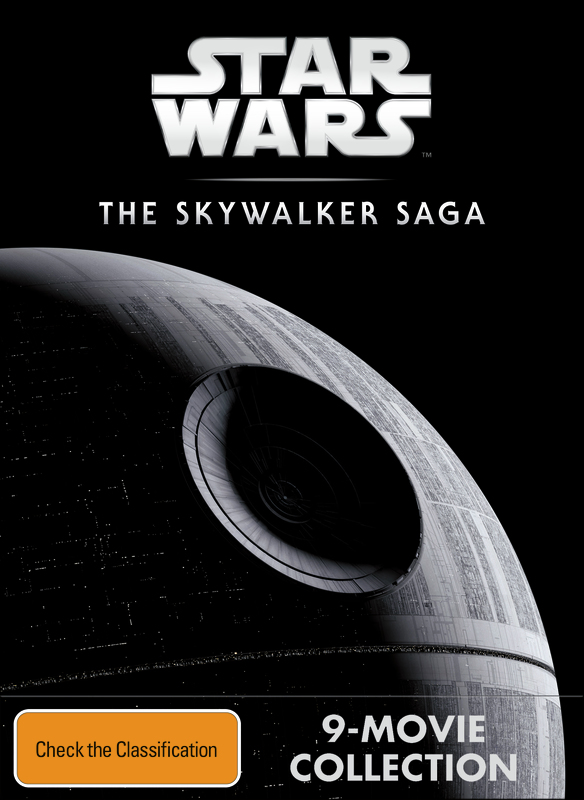 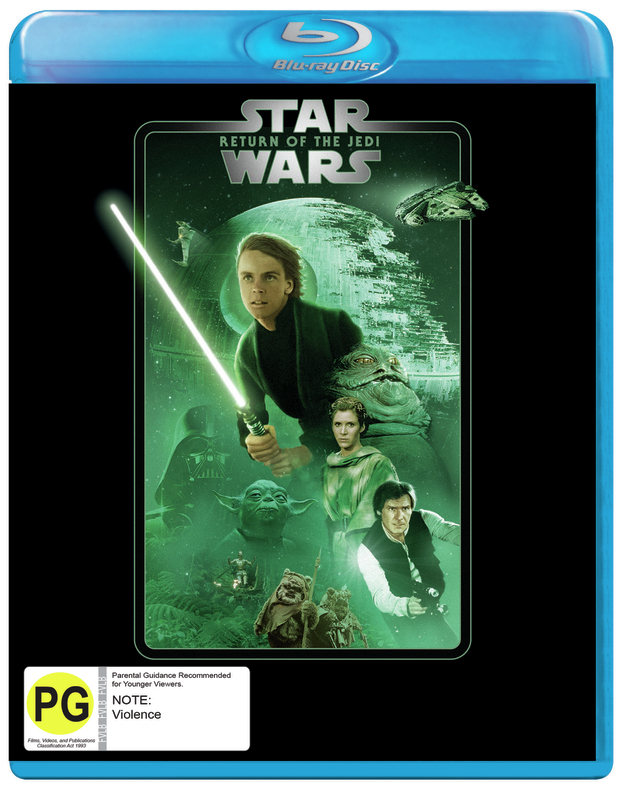 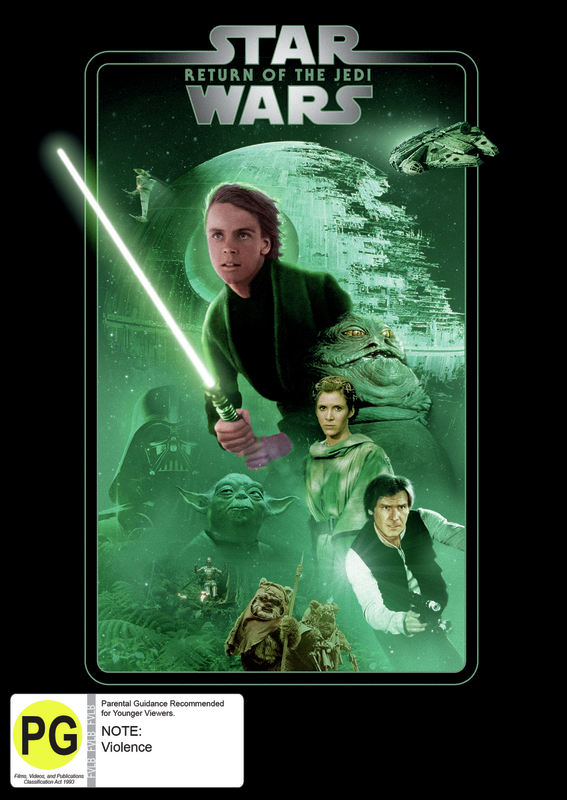 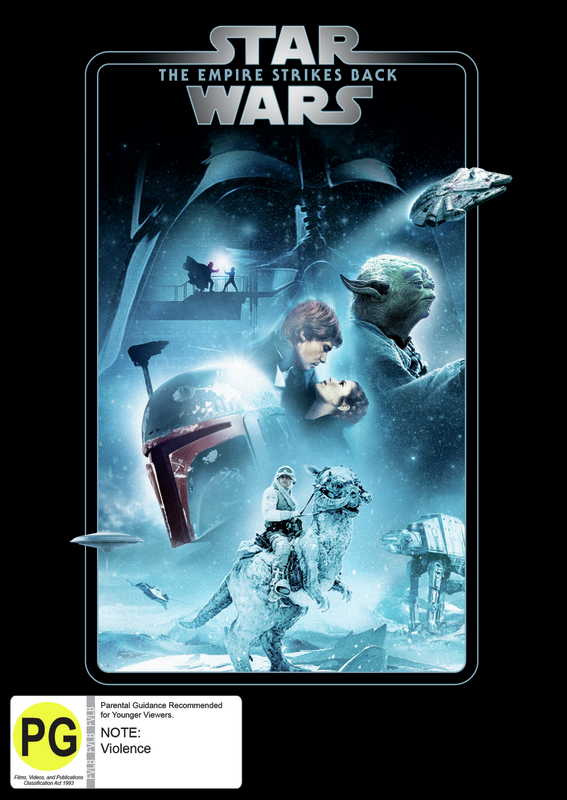 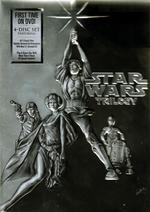 Due to COVID-19, we're unable to accept orders for non-essentials items at this time. Learn more...
Star Wars Episode IV: A New Hope, Episode V: The Empire Strikes Back and Episode VI: Return of the Jedi will be available in a four-disc set that includes a bonus disc filled with all-new special features  including the most comprehensive feature-length documentary ever produced about the Star Wars saga and never-before-seen footage from the making of all three films.

Each of the three films in the STAR WARS TRILOGY has been digitally restored and re-mastered by THX for superior sound and picture quality.

Star Wars - Episode IV: A New Hope
Part IV in a George Lucas epic, Star Wars: A New Hope opens with a rebel ship being boarded by the tyrannical Darth Vader. The plot then follows the life of a simple farmboy, Luke Skywalker, as he and his newly met allies (Han Solo, Chewbacca, Ben Kenobi, C-3PO, R2-D2) attempt to rescue a rebel leader, Princess Leia, from the clutches of the Empire. The conclusion is culminated as the Rebels, including Skywalker and flying ace Wedge Antilles make an attack on the Empires most powerful and ominous weapon, the Death Star.

Star Wars - Episode V: The Empire Strikes Back
In George Lucas' spellbinding Star Wars sequel, the battle to save the galaxy from the evil Darth Vader rages on. Han Solo (Harrison Ford), Princess Leia (Carrie Fisher) and Chewbacca are tested in a devastating attack by the Imperial army and it' AT-AT Walkers. Meanwhile, Luke Skywalker (Mark Hamill) seeks out the ancient Yoda to learn the secrets of the Jedi... secrets Luke will need when the Dark Side of the Force beckons him in a destiny-defining duel with Darth Vader.

Star Wars - Episode VI: The Return Of The Jedi
As the Emperor himself oversees the construction of the new Death Star by Lord Darth Vader and the evil Galactic Empire, smuggler Han Solo is rescued from the clutches of the vile gangster Jabba the Hutt by his friends, Luke Skywalker, Princess Leia and Chewbacca. Leaving Skywalker Jedi training with Yoda, Solo returns to the Rebel Fleet to prepare for to complete his battle with the Empire itself. During the ensuing fighting the newly returned Skywalker is captured by Vader. Can the Rebels, and their new found friends, the Ewoks, help restore freedom to the Galaxy?
Release date NZ
September 22nd, 2004
Movie Format
DVD Region
Edition
Brand
Aspect Ratio
Director
George Lucas
Language
English
Stars
Studio
20th Century Fox
Genres
UPC
9321337040455
Product ID
1464824