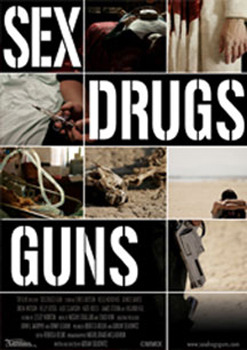 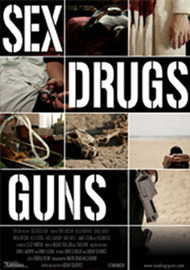 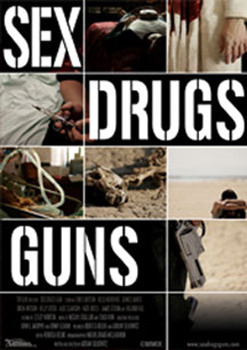 SEX: After the death of his parents, Eugene (24) has moved in with his grandmother, bringing with him a large inheritance. Hopelessly apathetic, he abandons his long-time girlfriend for some personal growth and exploration as he tries recklessly to feel something again.

DRUGS: Brian (8) and his sister Becky (6) live with their abusive, alcoholic father and their comatose mother who is confined to a hospital bed in their living room. When dad leaves for work, threatening to beat them if they don't clean the house, the kids ignore the warning deciding instead to play pharmacist to their mother and themselves.

GUNS: With a head full of facts and figures, Duayne (45) a pissed-off employee of the world's largest weapons manufacturer, kidnaps the boss and his family in a psychotic attempt to teach them a lesson.