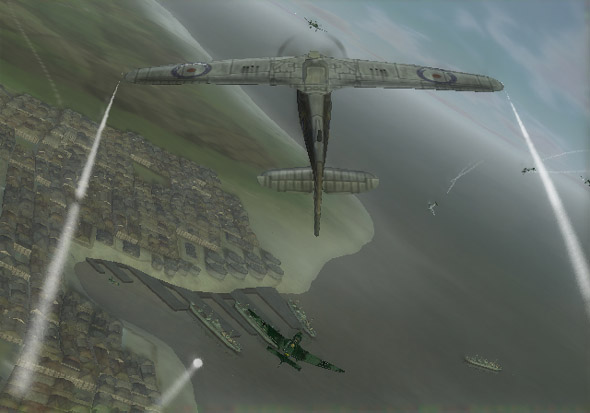 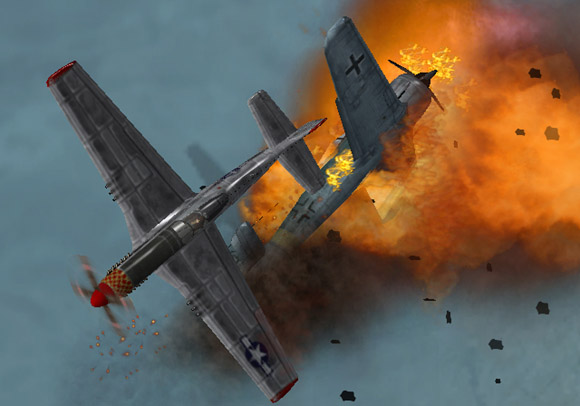 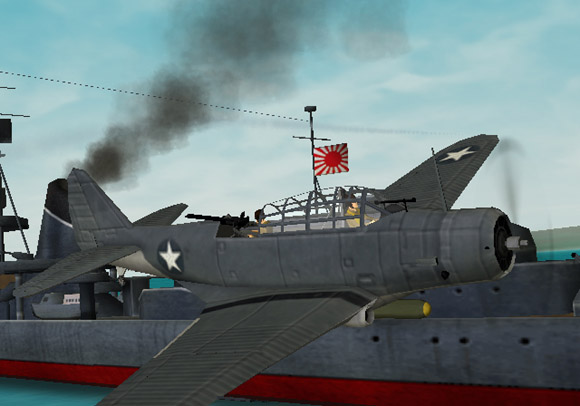 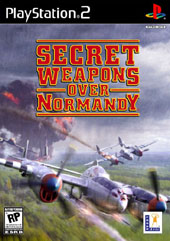 The PS2 is a bit starved of quality flight games so this little gem from LucasArts is a welcome addition. Set in World War 2, the player is able to fly everything from a Swordfish bi-plane to an ME-262 jet fighter. (If you finish a campaign and then complete the challenges you unlock a Tie Fighter and an X-wing!)

If you like World War 2 aircraft you will love this. Not only do you get to attack enemy ships with cannons, rockets and torpedo's but there are “secret” weapons such as guided missiles.

The sight of a dirty Kraut destroyer splitting up and bubbling down into a Norwegian Fjord is a real treat. And wait until you see some of the enemies in store. As you rip into enemy aircraft with your guns, chunks fly off and realistic flames and smoke billow out of them. There are also tanks, jeeps, towers, buildings, trains, AA Guns, boats, ships and u-boats to blast.

The missions are varied and interesting and there are numerous nods to classic movies like 633 Squadron and the Dambusters. On several occasions you must also man fixed guns- from AA turrets to ball gunner in a B-17.

It is not the easiest game in the world but it is so much fun to play you won't mind giving it one more try until you get it.

After you finish everything you will go back to it even if for no other reason than it is too much damned fun flying over Dunkirk in an X-Wing slaughtering Stuka's.

Join a secret squad of pilots dedicated to thwarting the most heinous plans of the Third Reich. Fly over twenty authentic aircraft across thirty daring missions in this new WWII action-flyer. Lawrence Holland, the legendary creator of Star Wars: X-Wing, Star Wars: Tie Fighter® and Secret Weapons of the Luftwaffe® returns with an exhilarating new game of action and intrigue. Can you be trusted with the most dangerous secrets of the war? Spanning a period of four years when world domination by the Third Reich seemed a near certainty, Secret Weapons Over Normandy allows players to relive the most infamous air battles of that era to help swing the balance of power back to the Allied Forces. The game follows a historically accurate timeline of key conflicts, beginning with the dramatic Evacuation of Dunkirk; the fierce Battle of Britain; Germany's daring planned invasion of England, known as Operation Sea Lion; the pivotal Battle of Midway; and culminating in the war's most brutal battle, the D-Day invasion. Features:
Release date NZ
November 28th, 2003
Game Platform
Publisher
LucasArts
UPC
23272001056
Product ID
1460413
Games >
Retro & Legacy Gaming >
PlayStation 3
Afterpay logo