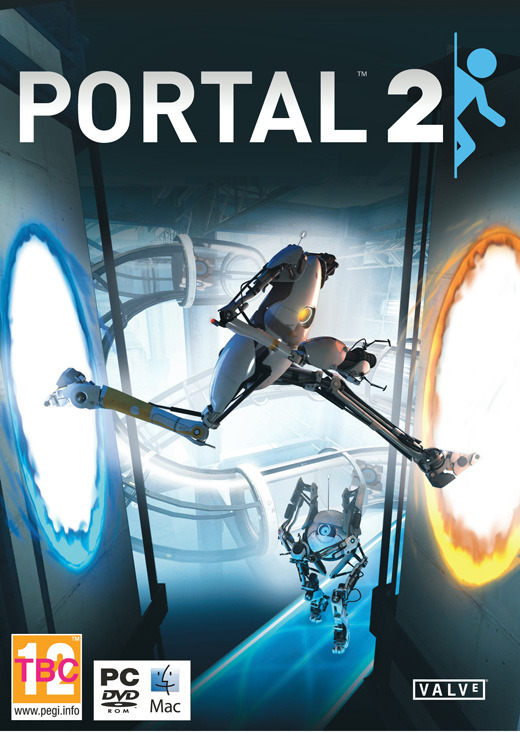 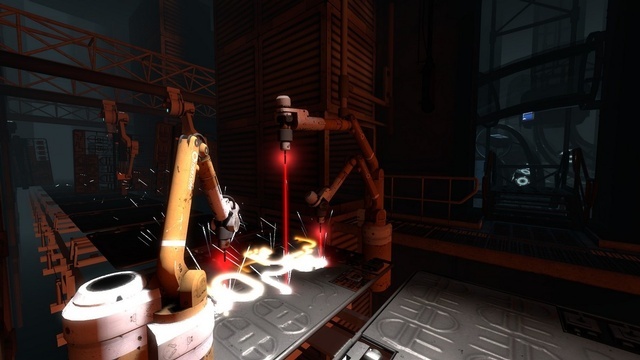 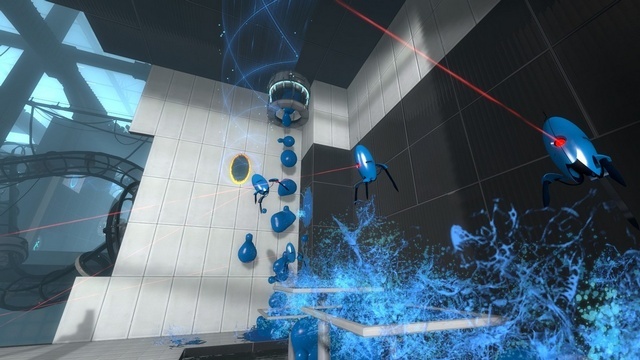 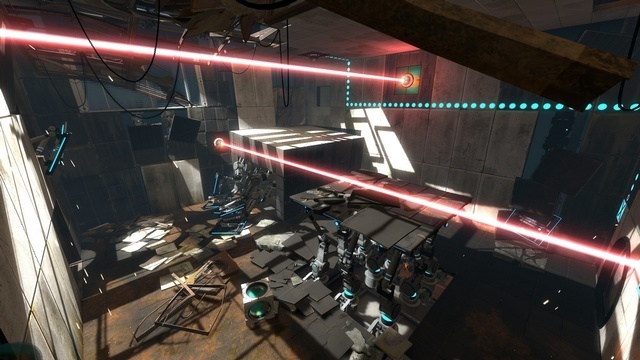 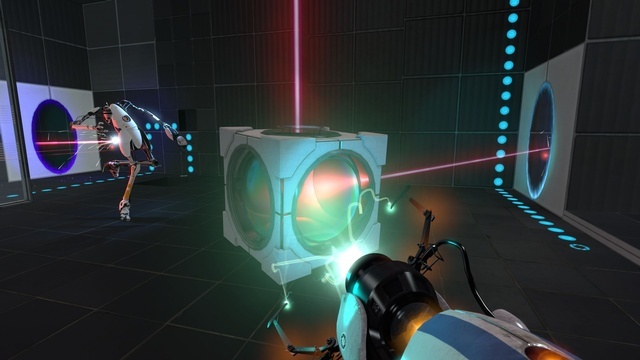 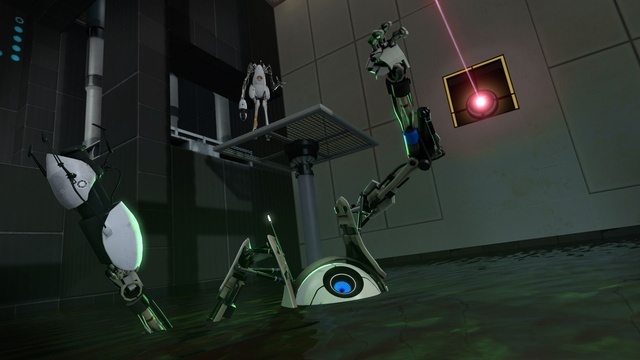 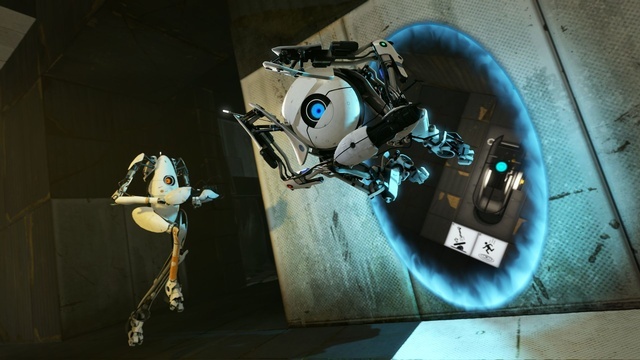 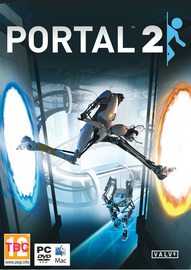 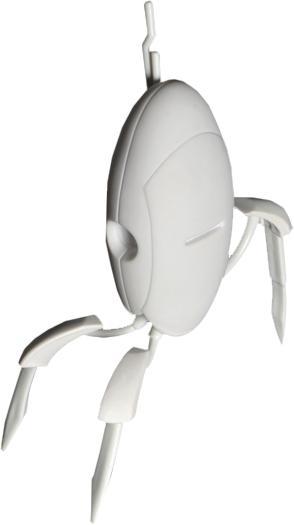 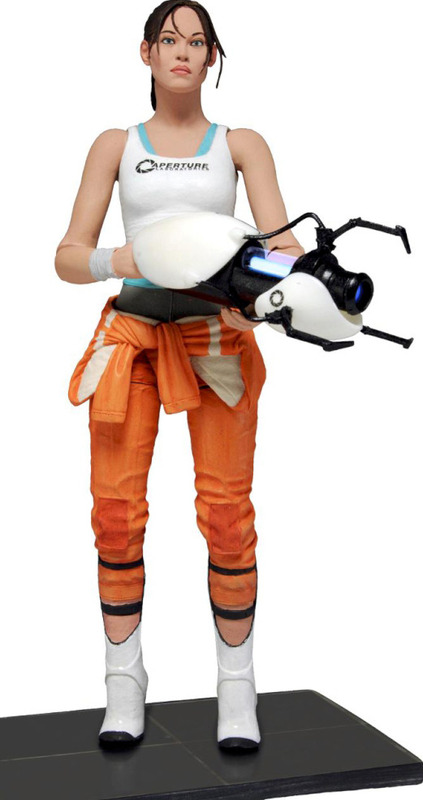 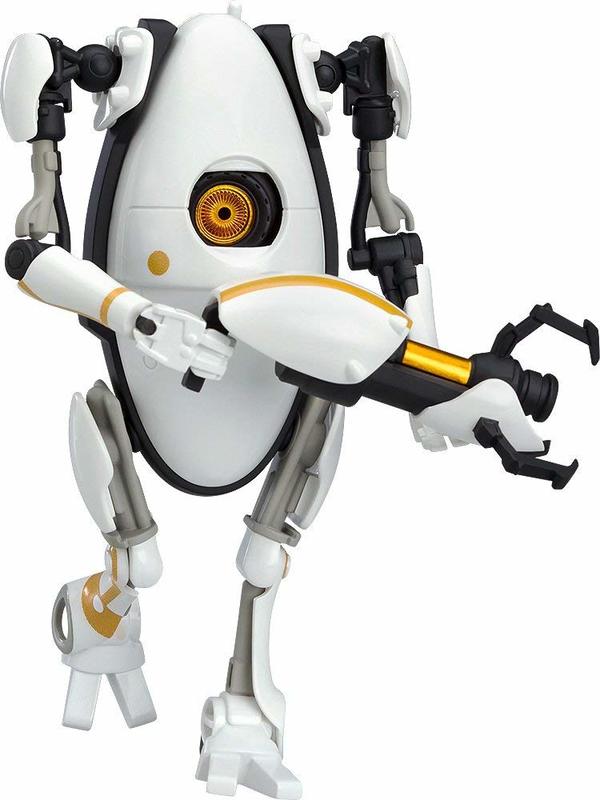 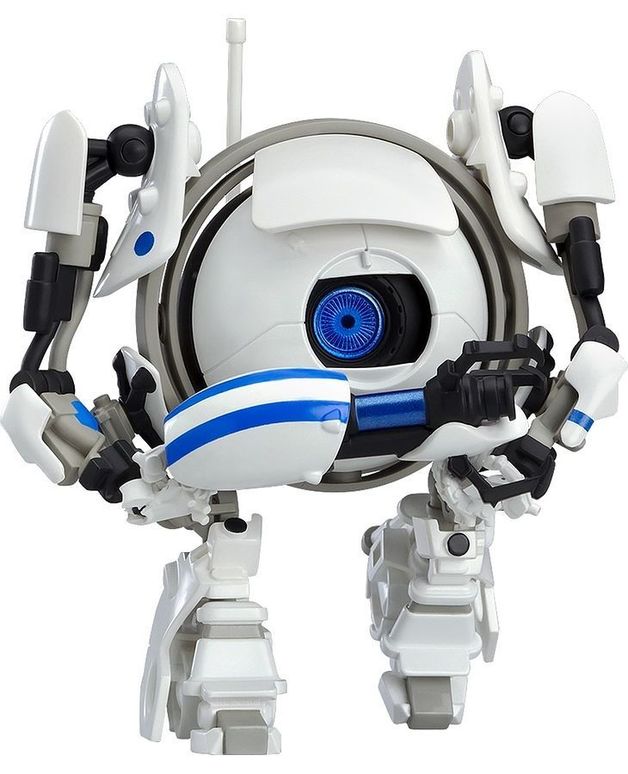 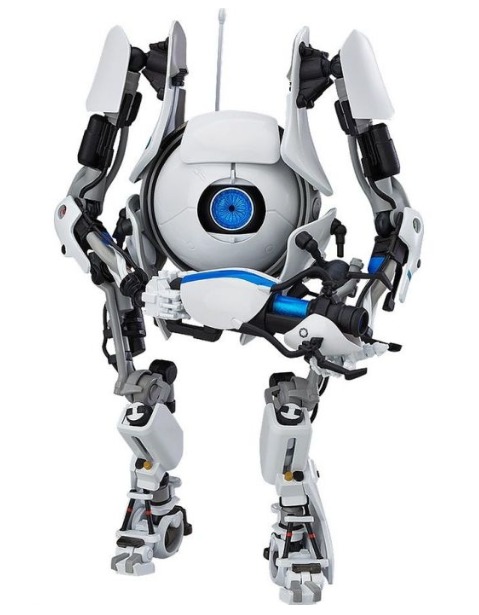 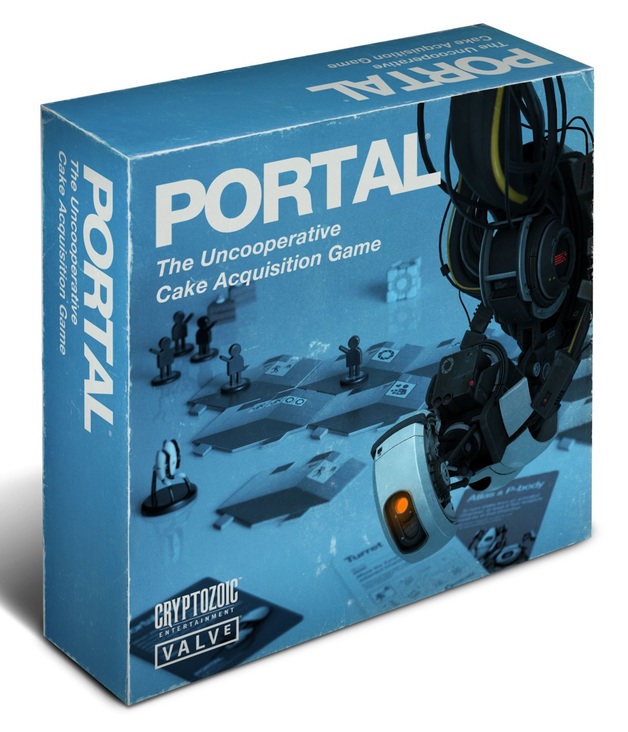 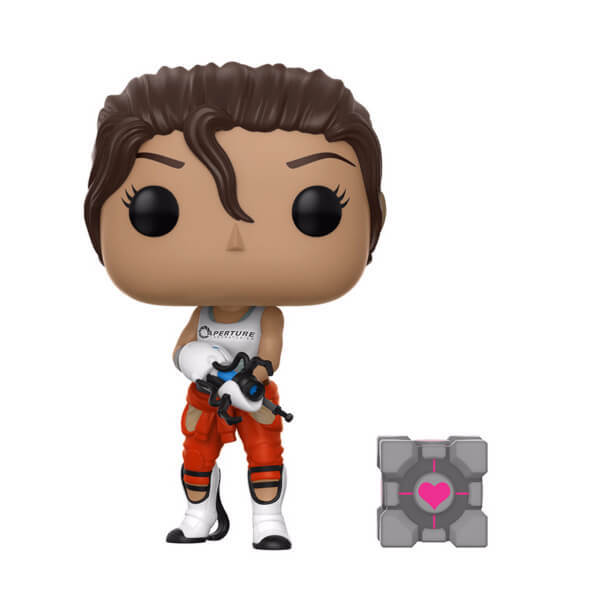 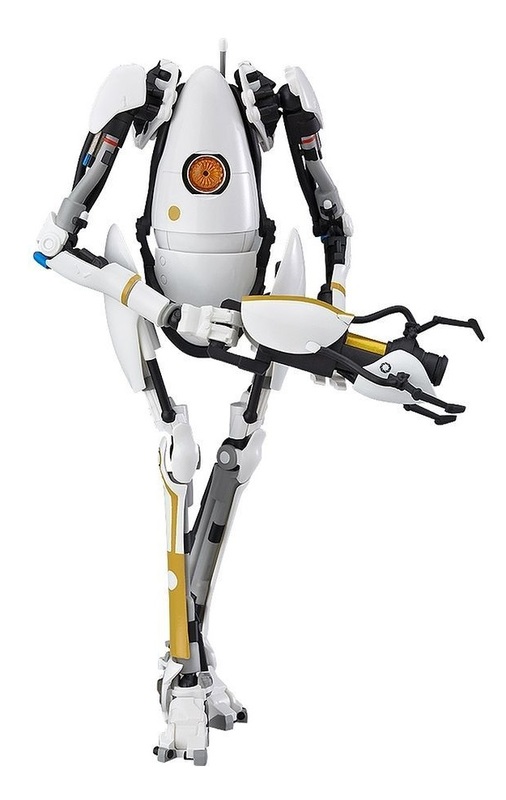 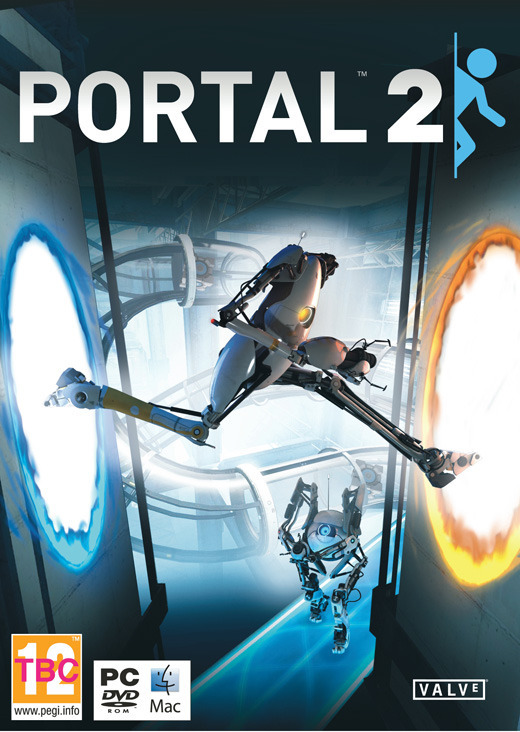 Portal 2, when compared to it's predecessor (Portal 1) is significantly longer; around twice as long, and that's not counting the co-op levels, which are seperate from the main game's levels. (Single player took me about 7 hours.)

The levels introduce new things to play with (non-lethal fluids, for one thing) and retain some of the old things. (cubes, portals, the strangely solvent water/goop in chambers) The chamber themes are now vastly varied, as well, taking you from the overgrown wreckage of the chambers from Portal 1, all the way to the newer, more polished chambers, and beyond.

That said, the puzzles are a shade on the fustrating side, with a fair few of them being simple to solve, the hardest bit being “where is the surface I need to portal”.

The rate of joke/smart comment delivery is a shade higher than in Portal 1, but if you've got a taste for the kind of humor Portal 1 had, Portal 2 will definitely tickle your funnybone. (“This next chamber is incredibly dangerous. To distract you from the threat of impending death, we will deploy smooth jazz in three, two, one: [smooth jazz]”)

The character development has also taken a turn for the more detailed, with the history of Apeture Science and it's more significant denziens (Glados, Wheatley) being exposed a little more, and fleshing out just how much the company has changed since the days of making shower curtains.

The graphics are suprisingly neat. Even a mid-high laptop can squeeze decent looks out of this game, a proper gaming computer would look fantastic.

New to the series is the “Co-Op Testing Initiative”, where two buddies can do science together as P-body and Atlas, two robots running gauntlets deemed too dangerous for human use. Death is something gauranteed to occur as one player accidentally steps on the wrong button, and it's all in good humor. Due to the fact that there can now be two portal-guns in one area, there can be 4 portals, leading to some very neat portal-based ninjary.

Overall, the Portal experience is back, longer, funnier, deeper, and with a brand new credits song. If you care to read between the lines a bit as well, you'll discover numerous easter eggs and secrets, which is a testament to just how much love VALVe put into this game.

If you played and loved Portal 1, you'll love Portal 2. If you still haven't played Portal 1, I'd strongly reccommend playing that one first, and THEN playing Portal 2.

A game that makes you think outside the square. I enjoyed every minute of playing Portal 2.

When the original Portal came out I played it through in one sitting, and I remember being astonished at how fun the puzzles were, and how consistently funny I found the GlaDOS banter.

When I saw Portal 2 available for Pre-Order on Mightyape I jumped at the opportunity to claim the game as swiftly as possible (I only rarely pre-order), and having played through the single player component over the soggy easter weekend, I am glad I did!

Essentially it is more of the same sorts of sometimes mind-bending puzzle solving, but there are additional elements being introduced throughout the game to keep the pace up, and keep the player from drifting in to apathetic disinterest.

The location types change throughout the game also, giving a nice bit of back-story to Aperture Laboratories. The feeling of enormity of the testing facility is well portrayed, admittedly giving me an uneasy feeling at times (thinking specifically of bottomless pits here).

On close inspection, the graphics may seem a bit dated; but not distractingly so (long distance viewing still looks really good), and the sound design and general feeling of immersion more than make up for it.

On top of the excellent puzzle work and immersive nature of the game, the witty dialogue (monologue?) is also a major winner in keeping the player engaged. GlaDOS is still there, but there's one or two more characters now, and they all play a big part in keeping the humour level nice and buoyant. One of the new characters is voiced by someone I'm a big fan of too, so that was a brilliant surprise!

Five stars from me… Anyone for co-op?

2 out of 2 people found this review helpful.
Portal 2 draws from the award-winning formula of innovative gameplay, story, and music that earned the original Portal over 70 industry accolades and created a cult following.

The single-player portion of Portal 2 introduces a cast of dynamic new characters, a host of fresh puzzle elements, and a much larger set of devious test chambers. Players will explore never-before-seen areas of the Aperture Science Labs and be reunited with GLaDOS, the occasionally murderous computer companion who guided them through the original game.

The game's two-player cooperative mode features its own entirely separate campaign with a unique story, test chambers, and two new player characters. This new mode forces players to reconsider everything they thought they knew about portals. Success will require them to not just act cooperatively, but to think cooperatively.