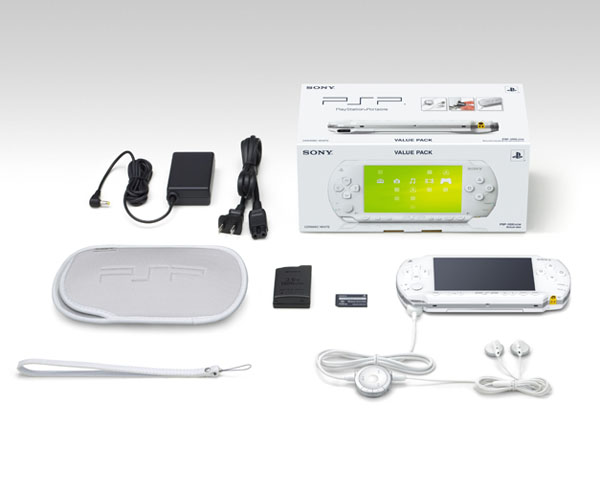 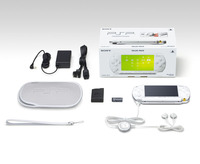 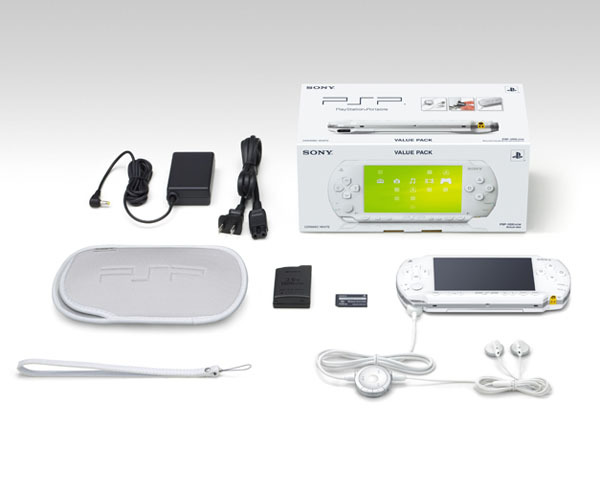 Unavailable
Sorry, this product is not currently available to order
Prepare to hold a revolution in your hands - the Sony PSP.

You can move, your entertainment should be able to move with you. Wherever you are and whatever you’re doing, the PSP (PlayStation Portable) lets you enjoy games, music, films and photos - all at the touch of a button. The PSP personal portable entertainment system offers an unprecedented degree of entertainment freedom. Combining awesome power with portability and style, the PSP redefines the cutting edge of mobile entertainment.

PSP features a 4.3-inch, 16:9 widescreen TFT LCD that displays full colour (16.77 million colours) on a 480 x 272 pixel high-resolution screen. PlayStation Portable also comes complete with built-in stereo speakers, exterior headphone connector and a range of input/output connectors such as USB 2.0 and 802.11b Wireless LAN, enabling users to connect to the Internet and play online via a Wireless Network. Up to 16 PSP systems in the vicinity can also be connected to each other directly in Ad Hoc Mode, allowing for Wireless head-to-head competition. In addition, Wireless capabilities will allow software and data to be downloaded to PSP and saved onto a Memory Stick Duo.

PSP uses a newly-developed proprietary storage medium named Universal Media Disc (UMD). This high-capacity optical disc is the next-generation compact storage media, and although only 60mm in diameter, a UMD can store up to 1.8GB of digital data more than three times the data held on a CD-ROM. A broad range of digital entertainment content such as high quality 3D games, music, movies, video clips and other media can be distributed on UMD. PlayStation Portable will revolutionise portable entertainment, giving users the freedom to play full 3D games, watch movies, listen to music and connect wirelessly on their terms, wherever and whenever they wish to do so, said David Reeves, President of SCEE. More than ever, todays consumer demands access to their personal entertainment outside the home, without compromising quality.