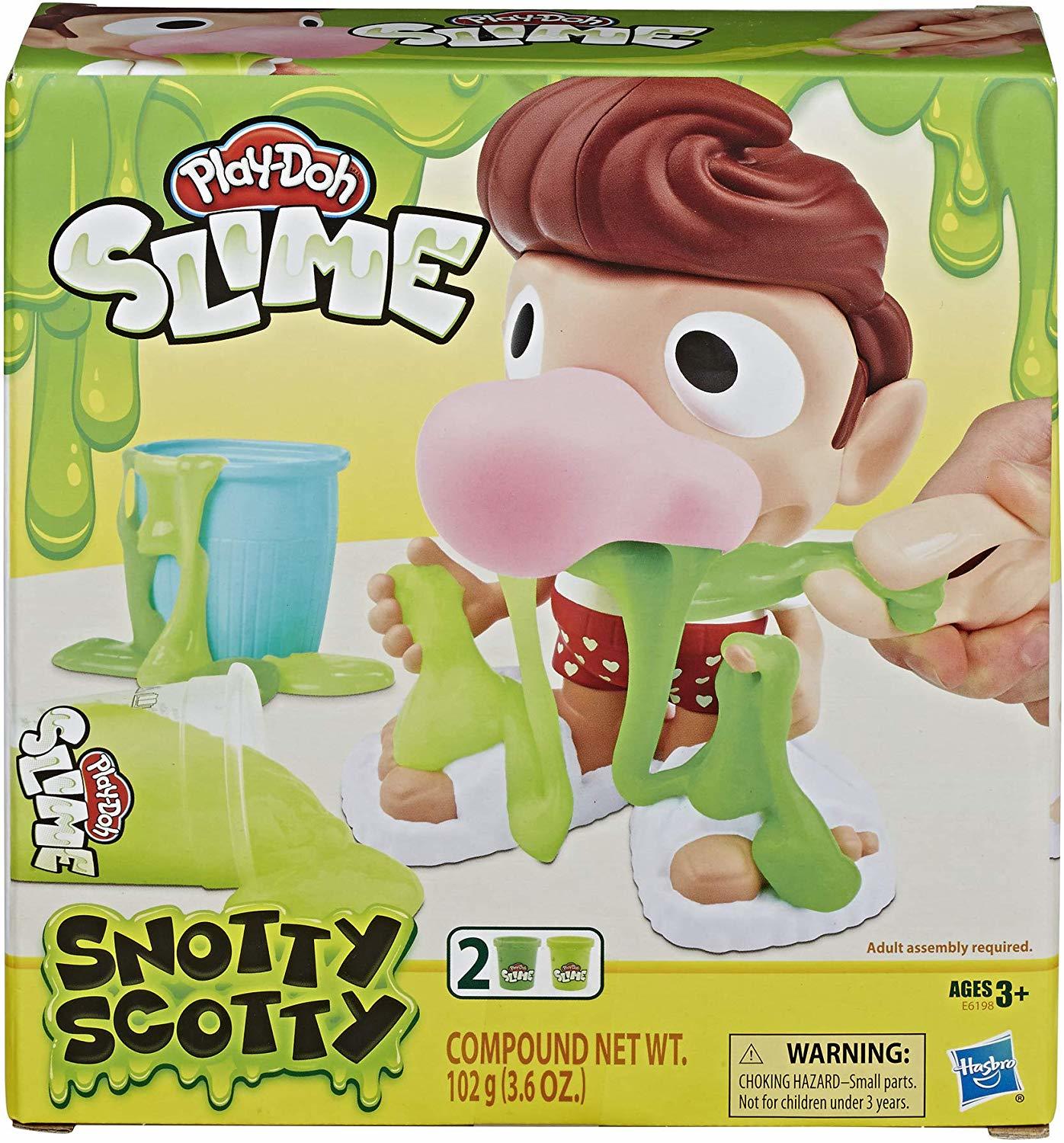 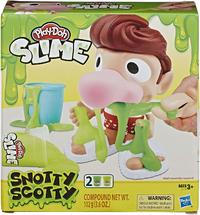 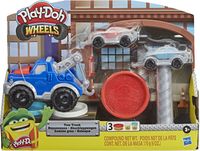 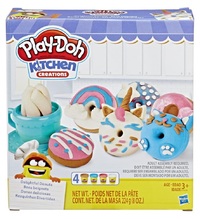 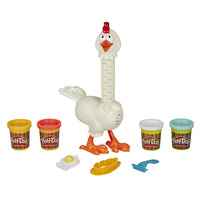 Snot happens! Snotty Scotty is a hilarious Play-Doh slime toy for kids 3 years and up that inspires them to reimagine the way they play with slime. Just put some Play-Doh slime into Snotty Scotty's head, press the top of his head, and make ooey gooey slime snot come out! It's also oddly satisfying to squeeze his big, soft, squishy nose to make the booger slime flow. This hilarious toy also comes with a pair of tweezers shaped like fingers to pick his nose, and a wastebasket to help snotty scotty clean up after himself. This funny toy is sure to be a top pick for kids birthday gifts or just a laugh-out-loud activity for kids!

Meet Snotty Scotty – Mom always said not to pick your nose, but she never said anything about Snotty Scotty's nose! This funny toy for kids 3 years and up is sure to be a top pick (pun intended).

Hasbro, Play-Doh, and all related properties are trademarks of Hasbro.