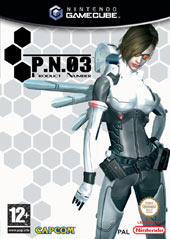 Due to COVID-19, we're unable to accept orders for non-essentials items at this time. Learn more...
Vanessa’s area of expertise is eliminating robots. When a colonial settlement turns into a killing field after a CAMS (Computer Arms Management System) goes haywire, it is up to her to destroy the legions of rogue mechanoids that have taken control.