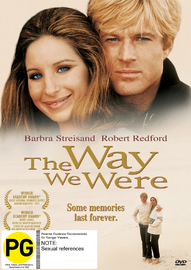 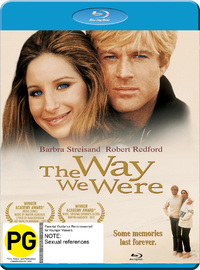 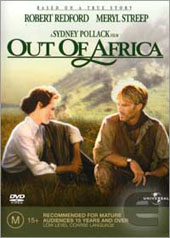 One of the most beautiful romantic films of love courage and tenacity. Superior acting in an incredible setting and interesting period in time. Wonderful watch

Out Of Africa is one of my favourite romantic movies. The scenery is beautiful with a great story line. Two wonderful actors make it perfect.

1 out of 1 people found this review helpful.
The most acclaimed motion picture of 1985 stars Robert Redford (THE STING, THE NATURAL) and Meryl Streep (KRAMER VS. KRAMER, SOPHIE`S CHOICE) in one of the screens great epic romances. Directed by Oscar winner Sydney Pollack (TOOTSIE, THE FIRM), OUT OF AFRICA is the fascinating true story of Karen Blixen, a strong-willed woman who, with her philandering husband (Klaus Maria Brandauer from NEVER SAY NEVER AGAIN), runs a coffee plantation in Kenya, circa 1914. To her astonishment, she soon discovers herself falling in love with the land, its people and a mysterious white hunter (Redford). The masterfully crafted, breathtakingly produced story of love and loss earned Oscars for the Best Picture, Director, Screenplay (based on material from another medium), Cinematography, Original Score, Art Direction (Set Decoration) and Sound.