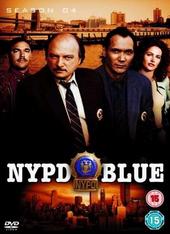 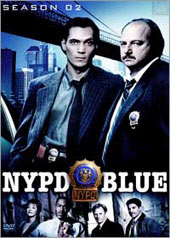 Due to COVID-19, we're unable to accept orders for non-essentials items at this time. Learn more...
The cop show that broke all the rules! This six disc box set features all the episodes of NYPD Blue season 1 and over one hour of bonus materials. Before it even appeared on the airwaves, NYPD BLUE was the television's most controversial show in 1993. The show broke new ground and, like its characters Sipowicz (Dennis Franz) and Detective John Kelly (David Caruso), it didn't play by the rules. Weaving nudity and foul language into storylines that tackled issues such as vigilante violence, homosexuality, and prostitution, the cop series became a huge hit with an audience who craved reality. Special Features:
Release date NZ
February 19th, 2004
Movie Format
DVD Region
Editions
Brand
Language
English
Stars
Studio
20th Century Fox
Genre
Product ID
1461928