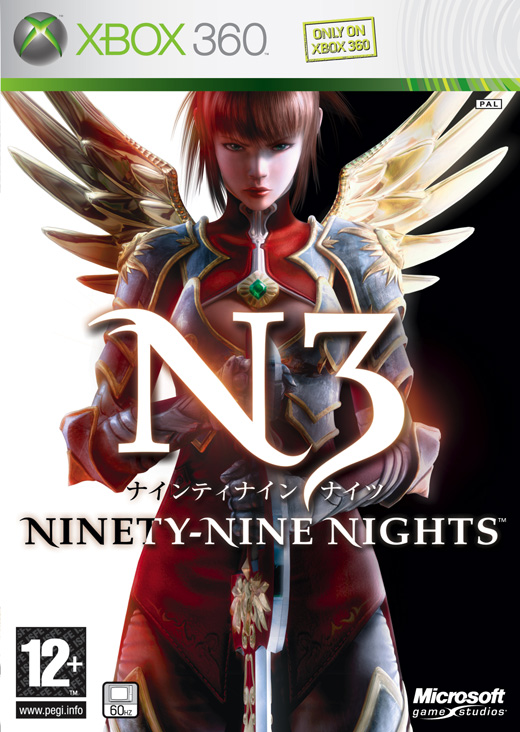 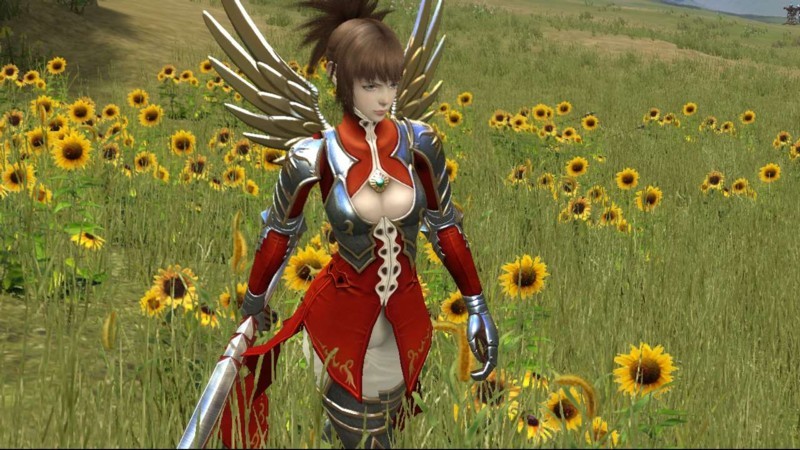 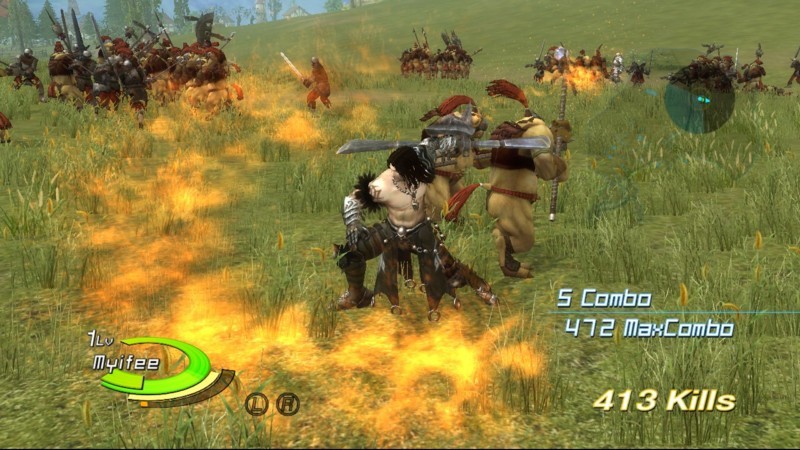 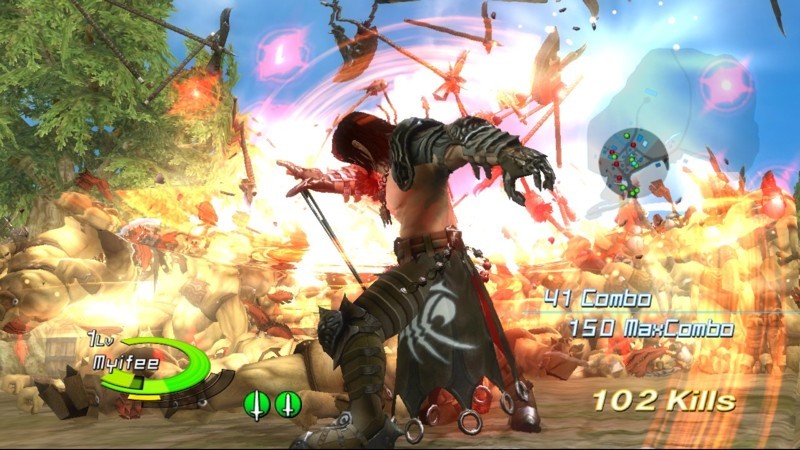 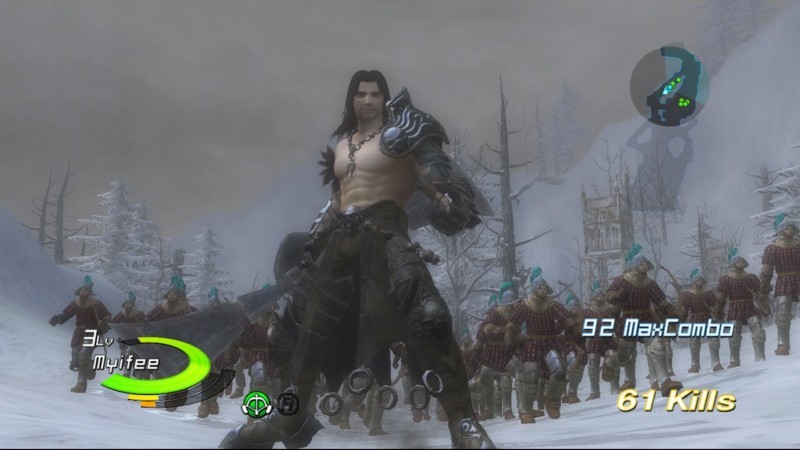 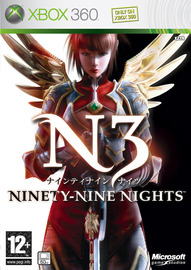 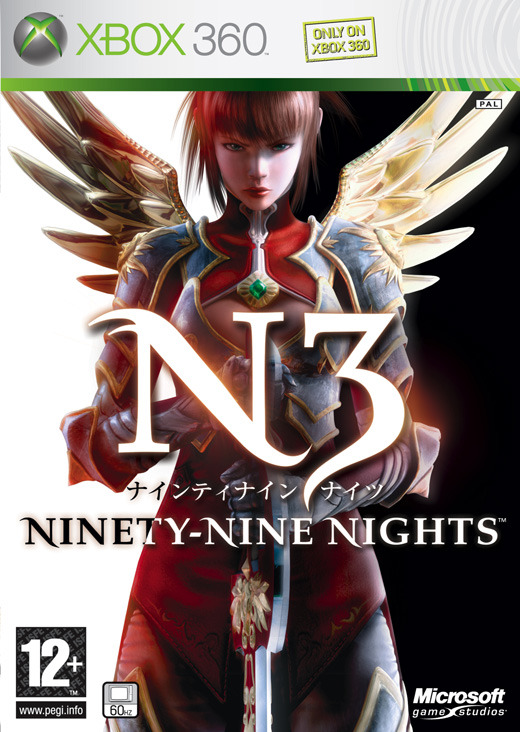 This game will give you a good start and keep you excited for a few hours or so with their cool moves and animation. However that's all there is. There is no dimention, no real progress.

If you really really love Hack&Slash type and already finish Dynasty warrior / samurai warrior, then you may want to give this game a try.

This game is not what I imagined at all.

I imagined a Japanese-styled Dynasty Warriors. This is not that. This has nothing that made Dynasty Warriors appealing. The only thing they have in common is that you attack hordes of enemies – from that point they are nothing alike, in a wrong way. If you wanted a DW, do not get this.

I can't give an in-depth review and maybe this game would be better if I spent more time with it. Unfortunately, however, nothing about it is appealing me to play it past the first two levels.

The fighting is sub-par, the combos are slow and not interesting to pull off. There was a very small draw-in range and the enemies are even dumber than in DW. At least in DW they made an honest effort to attack you, and the leaders were a challenge. This game's combat is a joke.

There isn't much area to explore – another big feature of DW – so it doesn't feel like you're part of the epic battle that you're meant to be experiencing. Instead swarms of enemies rush you in cycles until you've defeated enough enemies to “complete” the stage and beat a “boss” or two.

The voice acting is arguably worse than the battling. The cut-scenes were painful and I struggled to watch them. And that's saying a lot, considering I'm a big fan of anime (subbed or dubbed).

The lack of multiplayer is a strong fault in the game as well. Originally, I thought it wouldn't be a problem as I don't have many people willing to play DW with me, which is why I bought this game – I figured a single player game would have a lot of focus on a great story and combat. It doesn't. Just so you know. It doesn't. It doesn't shine anywhere, really.

This is the kind of game I would have returned within the first seven, had I bought it from EBGames.

I would not reccommend this game to anybody.

Except maybe a seven year old who doesn't know better yet.

The title is a fantasy action game for Xbox 360 that allows players to experience an immersive and emotional story though the eyes of good and evil while they fight among hundreds of fellow soldiers through an epic adventure of fantasy and action.

In a struggle between light and dark, a new world order is established after the destruction of the “mysterious power stone.” Warriors are destined to battle in a place far beyond their imagination, as a magnificent story unfolds from multiple perspectives.

Features:
* Unparalleled action and gameplay. In “Ninety-Nine Nights,” players destroy entire armies with precision and speed unlike that offered in any other game. Each playable character will feature his or her own strengths and weaknesses as players attempt to choose the right combination of magic and might to overcome their adversaries. With more than 100 weapons to master and the art of several forms of magic, players enhance their attacks and become true deadly forces amid stunning next-generation effects.
* Massive immersive battles. With hundreds of combatants on-screen at once, players wield their armies with precision and skill in massive-scale battles against ever-evolving virtual opponents. Each on-screen virtual character is a threat as opponents with unmatched AI will react and attack of their own volition, testing the skills and fortitude of even the best gamers. Ever-changing weather, terrain and structures contribute to the dynamic battles as well, leading to unique and surprising changes in gameplay.
* Compelling and engaging storyline. In “Ninety-Nine Nights,” players must decide upon their path and choose the side of either good or evil in the struggle for the Stone of Union. In the epic and emotional campaign, gamers play through a fabulous fantasy realm with unparalleled depth. Each character has his or her dedicated plotline that ultimately intertwines with that of a larger story. Players can experience seven views of the story through the eyes of each character they choose to play.
Re-released on
November 1st, 2007
Game Platform
Developer
Q Entertainment
Publisher
Microsoft
Box Dimensions (mm)
135x190x10
UPC
882224223379
All-time sales rank
Top 5000
Product ID
1515492