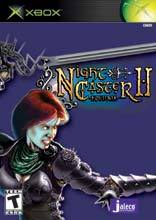 Due to COVID-19, we're unable to accept orders for non-essentials items at this time. Learn more...
This fast-moving, multiplayer fantasy game features intense spellcasting adventure and melee combat. Take on the role of Arran or Madelyn as you wage a ferocious war against the creatures of the Night.