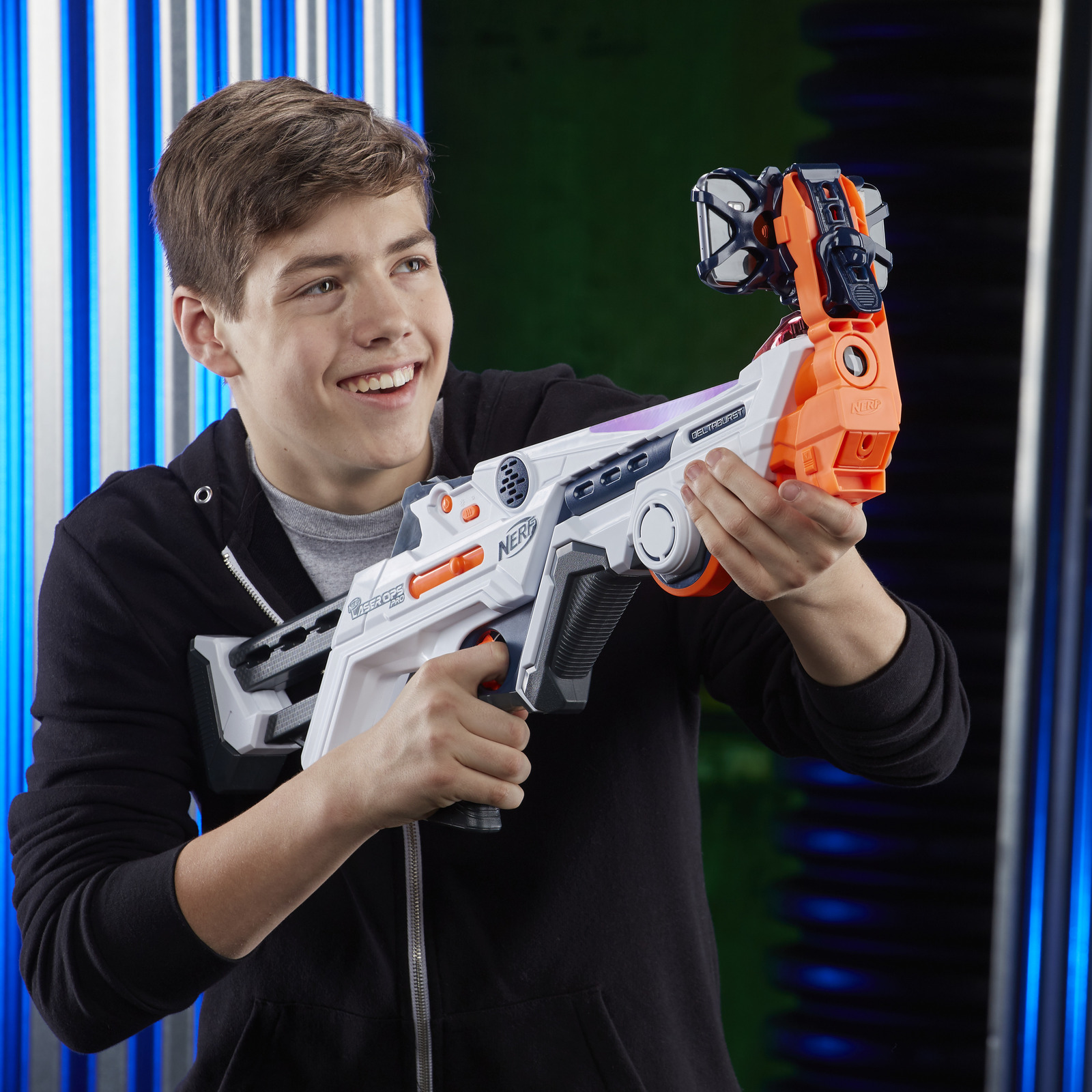 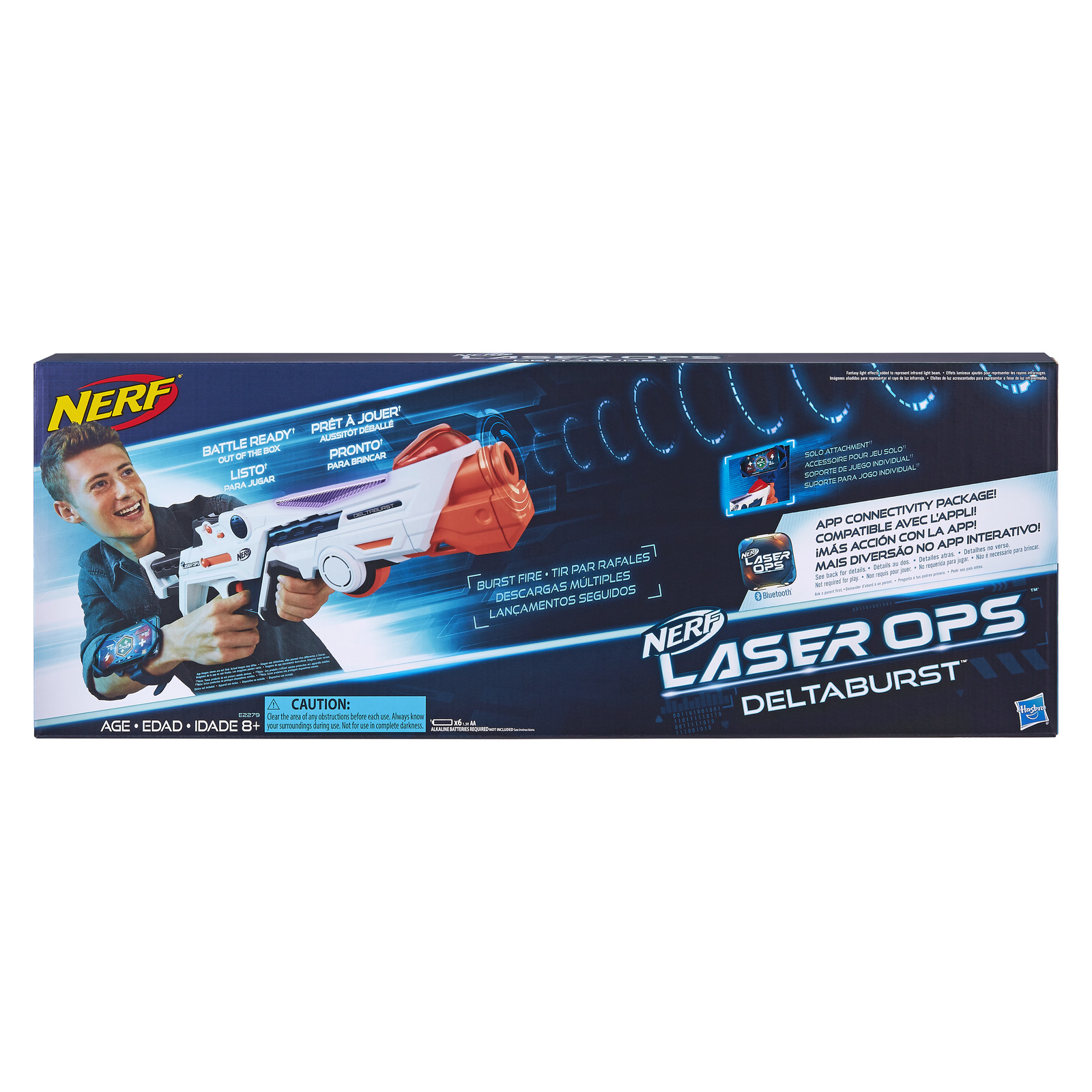 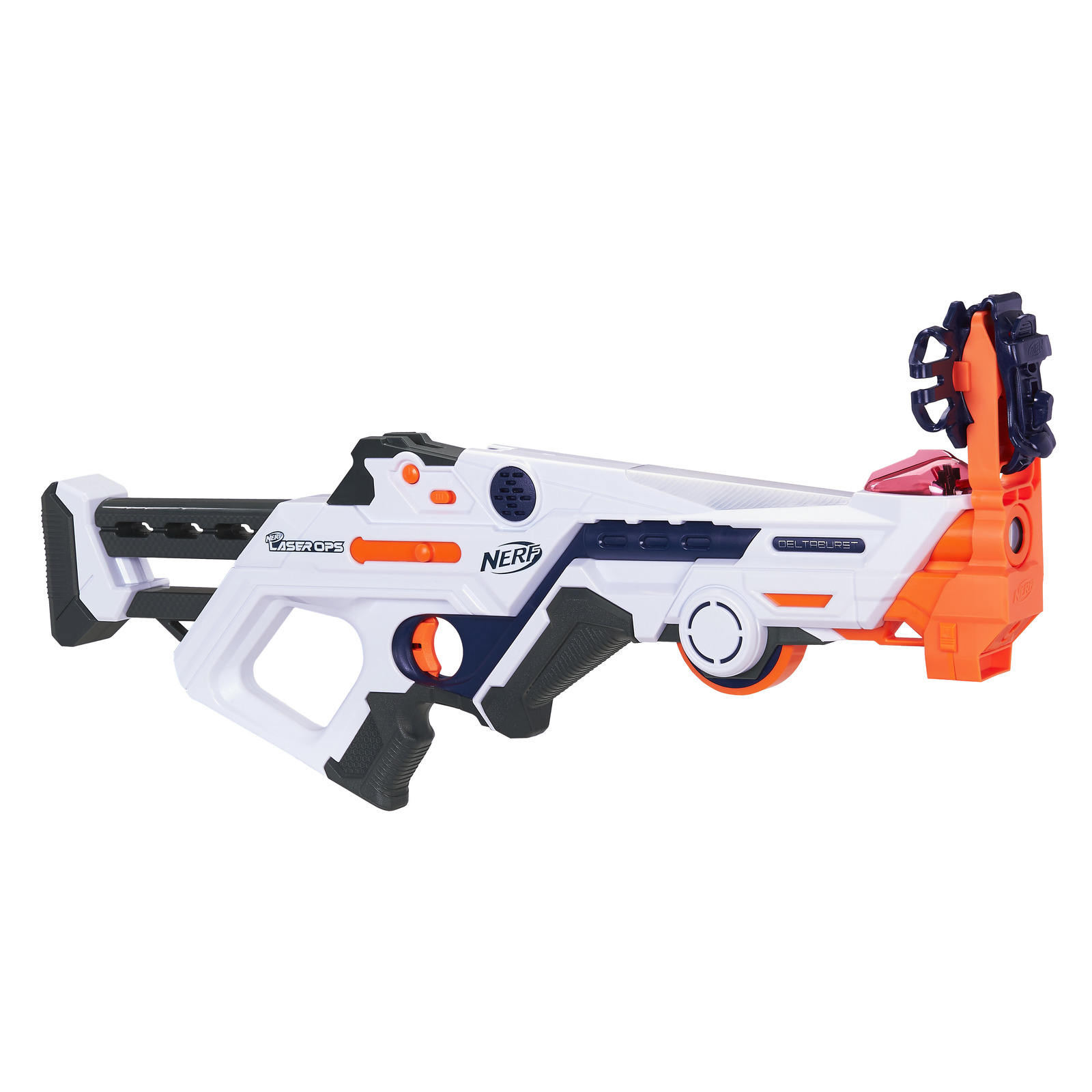 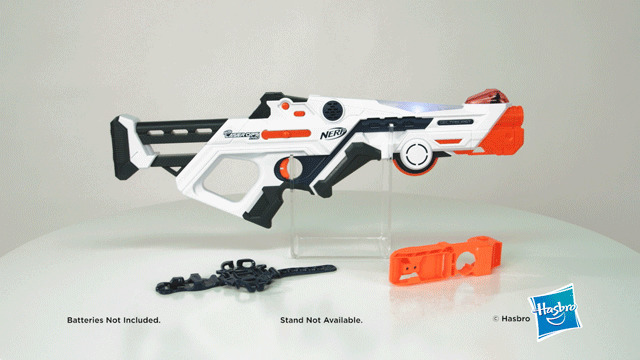 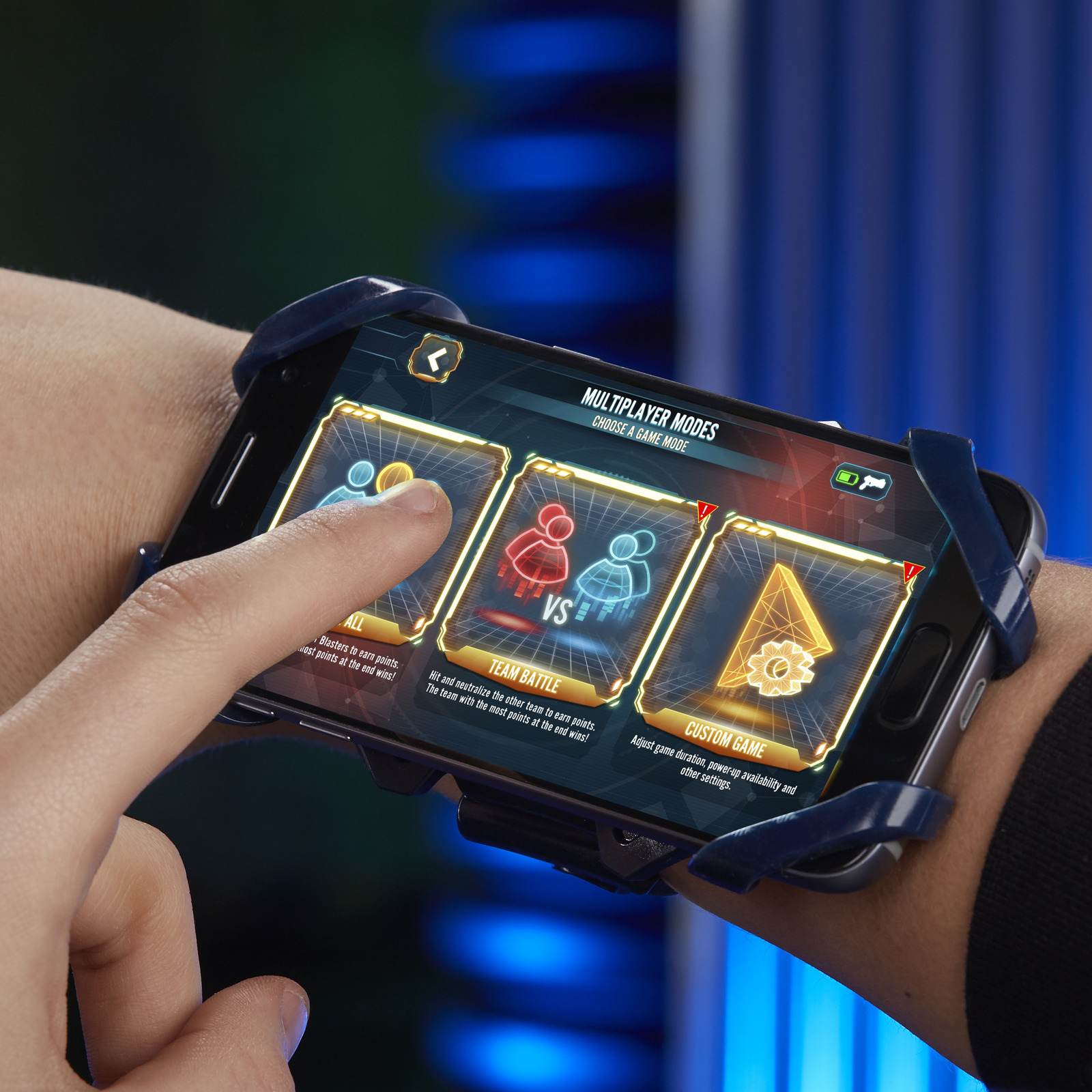 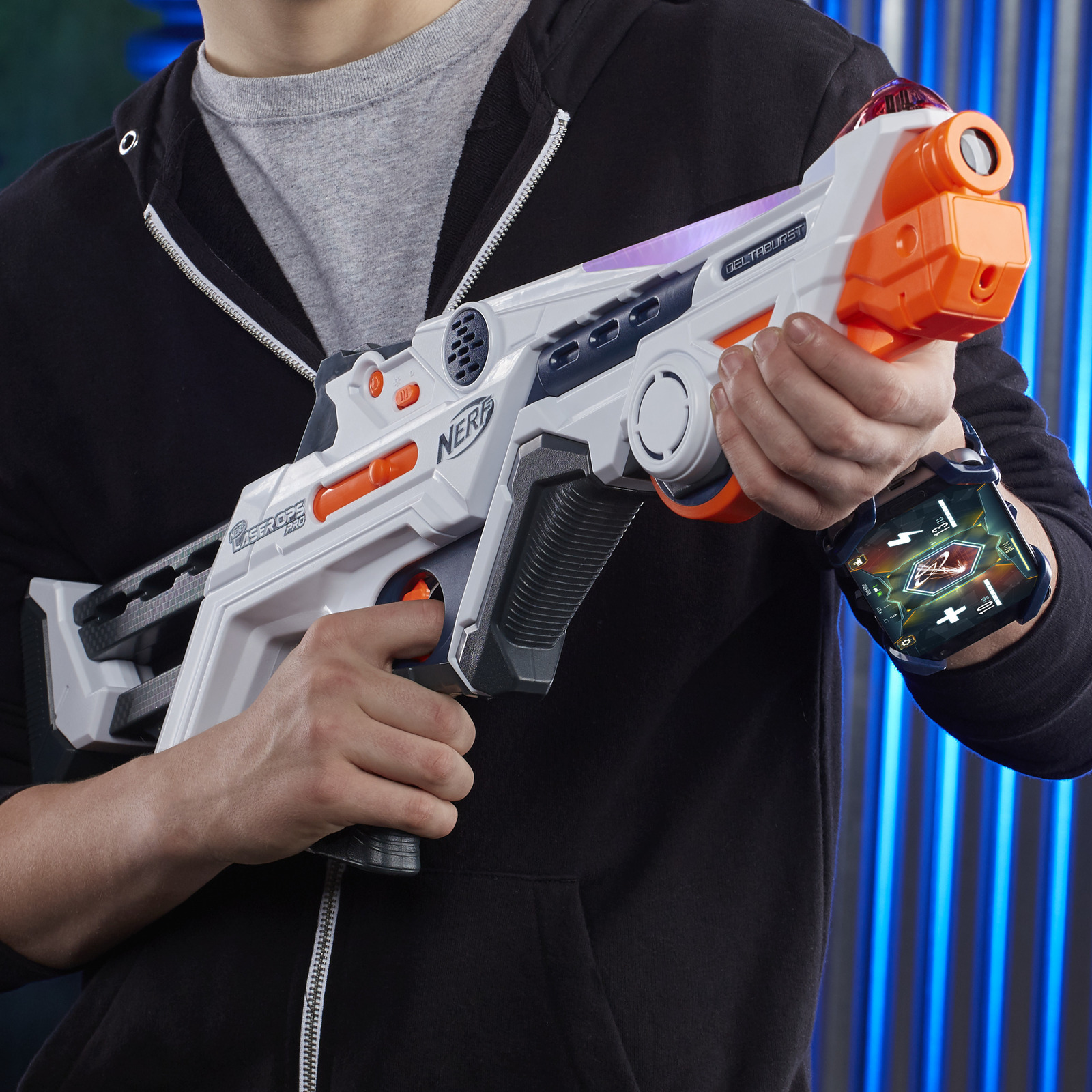 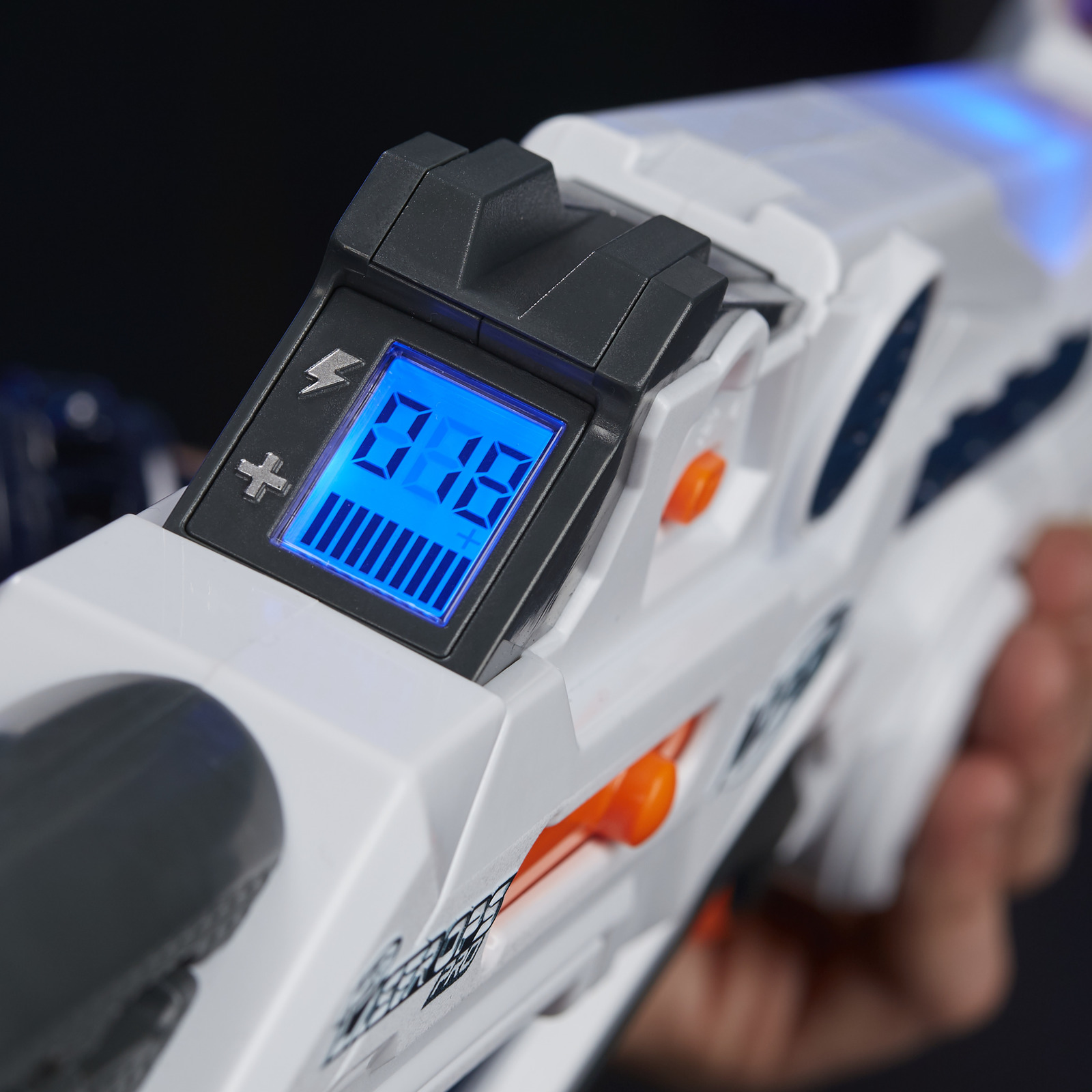 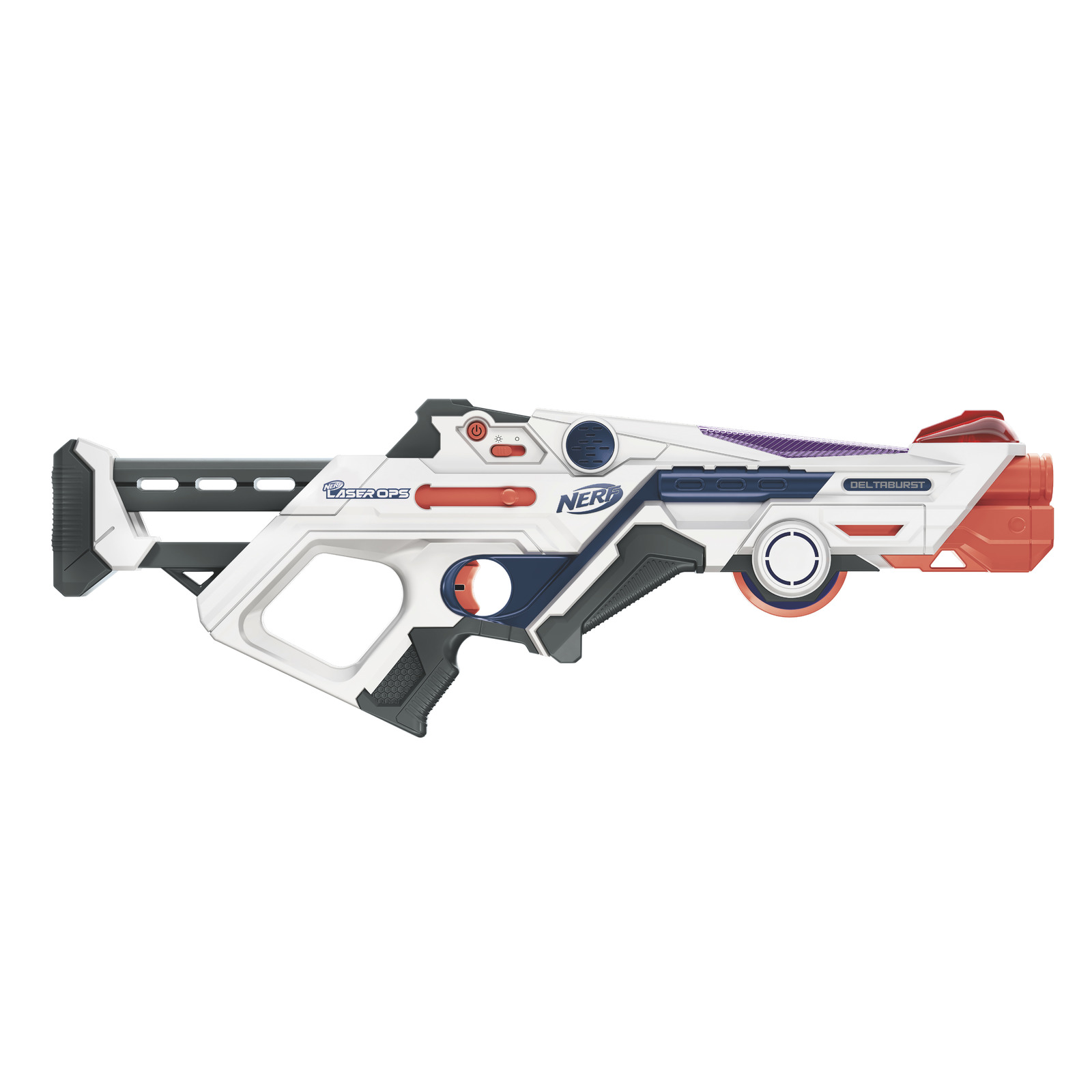 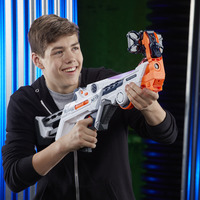 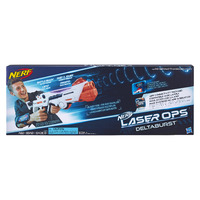 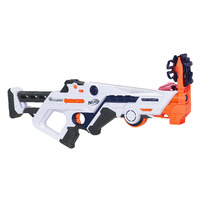 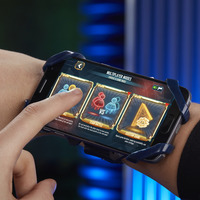 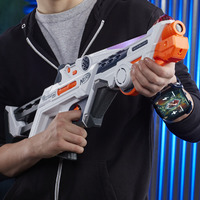 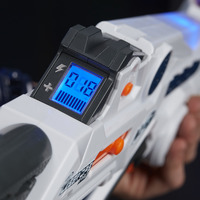 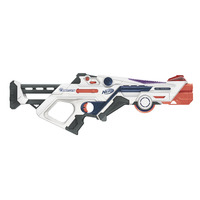 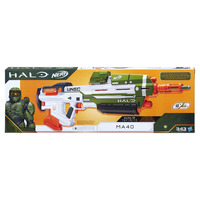 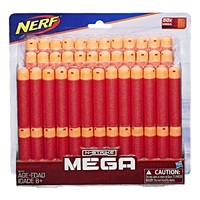 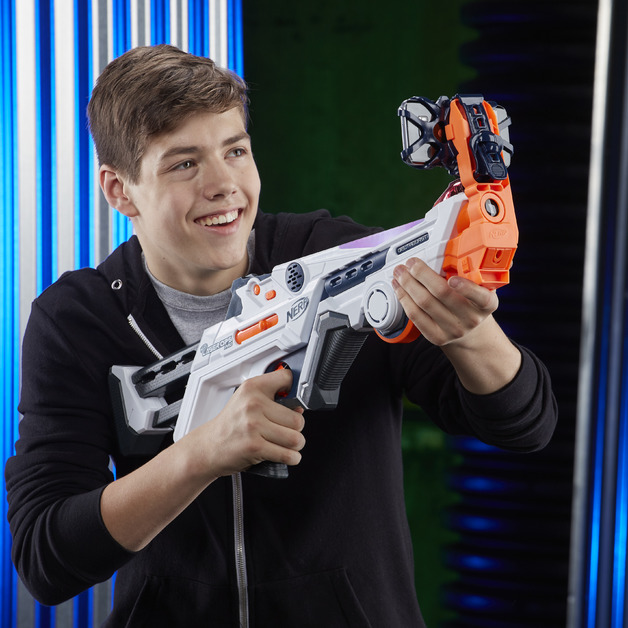 You don't need the app to play with the blaster but you do need more than one blaster or the app to really enjoy it(to have something to shoot at that reacts). Works much like classic laser tag but with a modern twist of being able to keep score using the app. This allows you to replicate some cool features only available at laser tag centres. Health and ammo tracking, power ups, team red Vs team blue or purple free for all mode. But if you just want to pick up 2 or more guns and start shooting at each other then the blasters themselves still track health and ammo and have sound effects for shooting, reloading and dying. Also I think making the rifle a “3 round burst” with shaking bolt mechanic is a nice touch. Highly recommended.

Got these for a bit of inner child indulgence. Good fun and decent quality, but they are a bit noisy for adult use. Would probably drive kids into a frenzy of happiness though.

The Nerf Laser Ops DeltaBurst blaster fires a multi-shot IR burst with each pull of the trigger and registers hits with lights and sounds.

Players aim for the multidirectional receiver dome on the top of an opponents’ blaster to score a hit. Designed with unlimited ammo, the DeltaBurst blaster has a quick-reload button to replenish thei ammo supply to keep on battling. With the team indicator, players can select to face off in a team or in a free-for-all.

An LCD screen on the back of the DeltaBurst blaster displays the player’s the health status and ammo capacity, so they can keep track of when it’s time to reload, and how close they may be to being eliminated from the game. The blaster has an indoor-outdoor switch to adjust for different environments.

Amp it up with the app

Battlers can amp up their play via the Nerf Laser Ops app by using the included armband to wear a smartphone device (not included) on their arm. In the app, they can access real-time battle intel that allows them to customize the blaster, track their performance, earn power-ups, and use GPS to locate opponents during battle!

CAUTION: Clear the area of any obstructions before each use. Always know your surroundings during use. Not for use in complete darkness.

WARNING: CHOKING HAZARD – Small parts may be generated. Not for children under 3 years.