Due to COVID-19, we're unable to accept orders for non-essentials items at this time. Learn more...
Many people can't accept the truth that Nature has a unique plan and purpose for each animal species on earth. This plan is the "religion" she has outlined for them. Man's troubles have arisen because he has decided that Nature's religion or, as the Hindus call it, Isvar, isn't good enough. He thinks manmade rules and religions are better than Nature's any day! But humans don't all think alike. The founders and leaders of Man's different religions have their own agendas for mankind. As a result, this world is overburdened with thousands of different artificially made religions, each claiming to have invented Mother Nature. Although some religions will actually kill people who won't convert, Nature does not destroy anybody for noncompliance. She just assigns them a different "job description". If Nature were human, the religious nuts would even try to convert her! But Nature or the Isvar goes by its own rules; not mankind's. So why does mankind rebel and create his own ideas of right and wrong? What is it about Nature's religion that makes everybody hate it? To become healthy, wealthy and wise, obey Nature's rules. This book points the way.
Release date NZ
August 12th, 2003
Author
Country of Publication
United States
Imprint
iUniverse
Pages
148
Dimensions
152x229x9
ISBN-13
9780595282081
Product ID
11921967 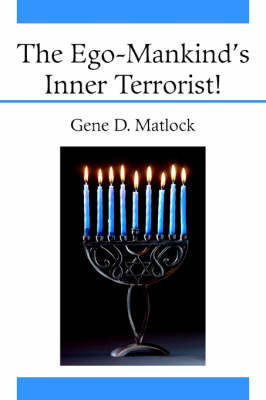 The Open Secret of India, Israel and Mexico-From Genesis to...
by Gene D. Matlock ~ Paperback
$55.00
In stock with supplier