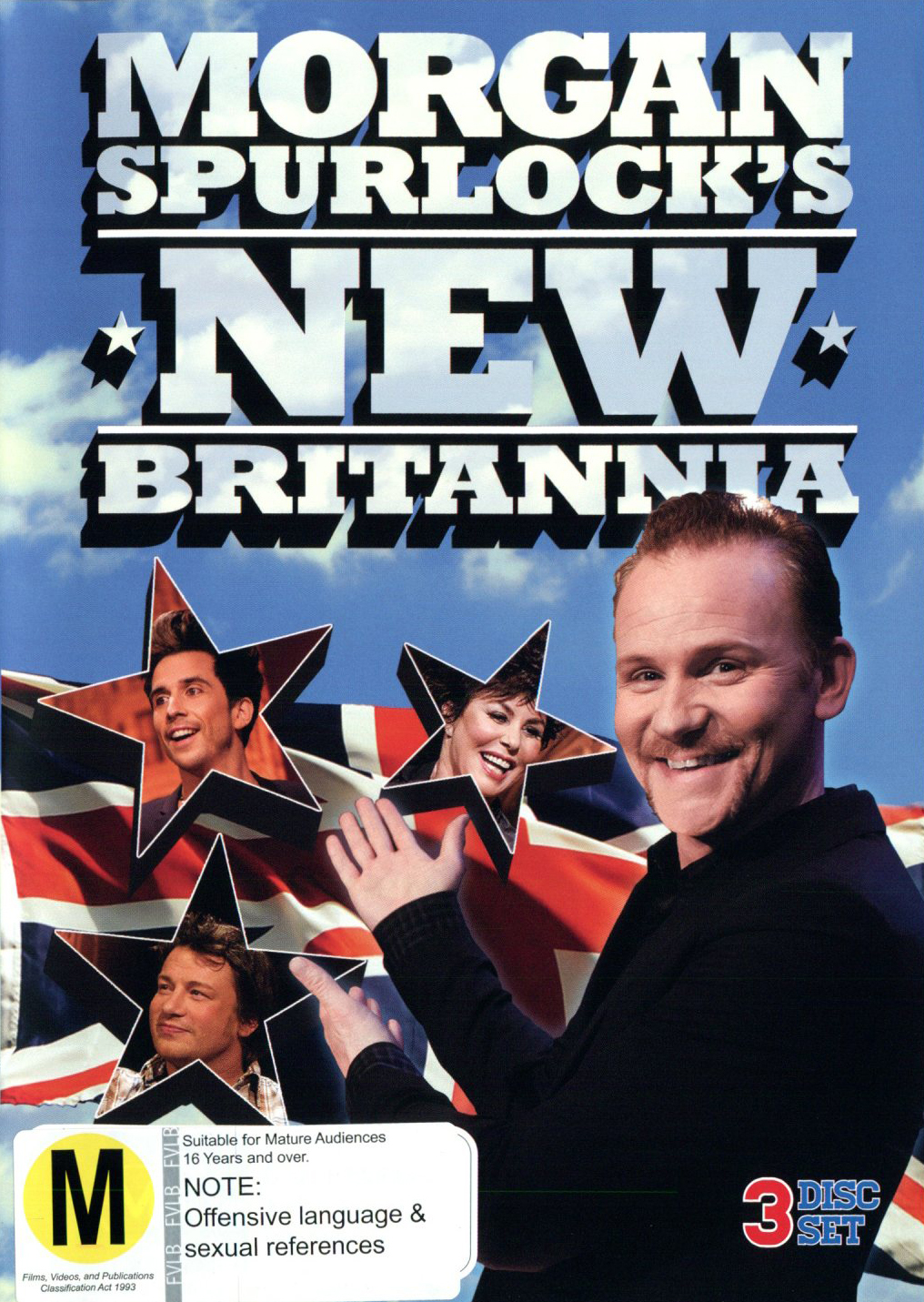 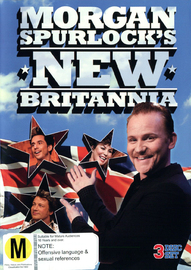 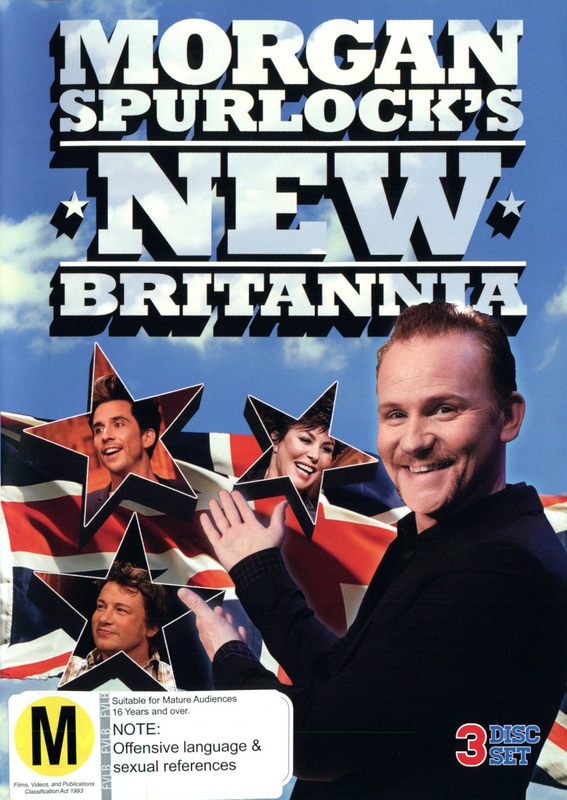 Morgan Spurlock's New Britannia is a 2012 comedy documentary TV show based around the differences between the UK and the US.

Unapologetically candid and shamelessly irreverent, no subject will be off-limits as Academy Award nominee Morgan Spurlock takes a comedy sideswipe at the behaviours and institutions which make Britain so… British.

Witty, off-beat and deliciously scathing, each of these episodes will see Spurlock scrutinize one particular aspect of British society, with the help of some big-name guests from the worlds of comedy, celebrity and politics, from both sides of the Atlantic. Guests include Jamie Oliver, Ruby Wax, Dave Gorman, Corey Feldman & Peter Serafinowicz to name but a few.

Spurlock will travel the length and breadth of the country to discover and experience Britain’s tra­ditions, institutions and behaviours first-hand; joining a real life Superhero on patrol, making Black Pudding in a Bury factory and sampling the newest speed dating craze in Britain’s capital.

Morgan Valentine Spurlock is an American documentary filmmaker, humorist, television producer, screenwriter, and political activist, best known for the documentary films Super Size Me, Where In The World Is Osama Bin Laden, POM Wonderful Presents: The Greatest Movie Ever Sold, Comic-Con Episode IV: A Fan's Hope and One Direction: This Is Us. wikipedia