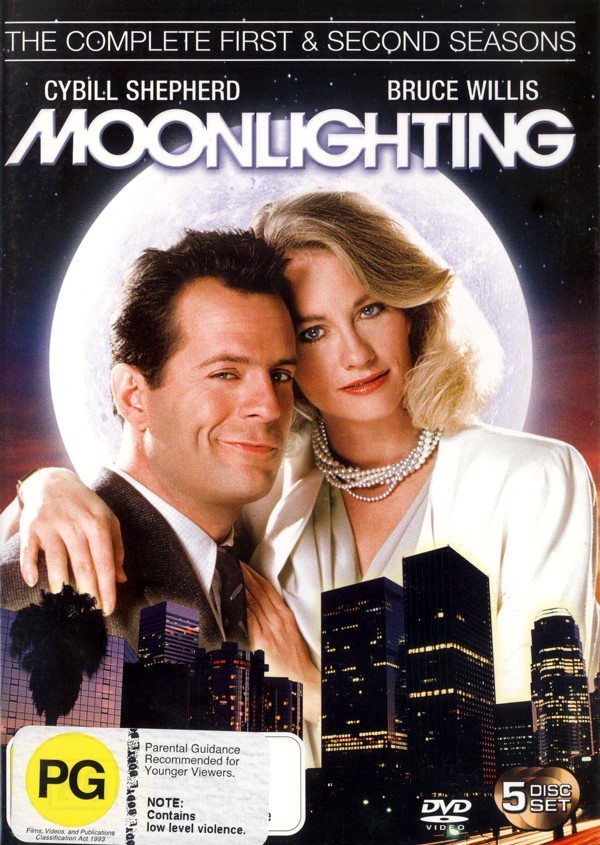 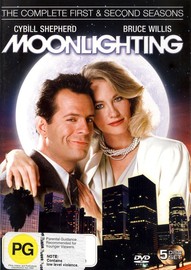 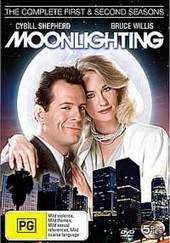 A great comedy/mystery series. Season one and two are most definitely the best. Willis [with hair] and Shepard make the perfect partners and it's hours of entertainment for the whole family to enjoy. BEWARE that this set does NOT include the Pilot episodes which I found slightly disappointing.

Cybill Shepherd and Bruce Willis star in one of the funniest romantic detective comedies to ever hit the small screen. Featuring the quirky cases and amusing banter between an ex-model and a wise-guy detective who happen to co-own a private detective agency.

Regarded as one of the hippest, most innovative series on television in the 80s, Moonlighting is now available for the first time on DVD.

Season 1
Moonlighting
Gunfight at the So-So Corral
Read the Mind…See the Movie
The Next Murder You Hear
Next Stop Murder
The Murder's in the Mail
Original Air Date: 2 April 1985

Season 2
Brother, Can You Spare a Blonde?
The Lady in the Iron Mask
Money Talks… Maddie Walks
The Dream Sequence Always Rings Twice
My Fair David
Knowing Her
Somewhere Under the Rainbow
Portrait of Maddie
Atlas Belched
Twas the Episode Before Christmas
The Bride of Tupperman
North by North DiPesto
In God We Strongly Suspect
Every Daughter's Father Is a Virgin
Witness for the Execution
Sleep Talkin' Guy
Funeral for a Door Nail
Camille

Special Features:
“The Story of Moonlighting” – a two-part feature on the making of the series
“The Moonlighting Phenomenon” featurette