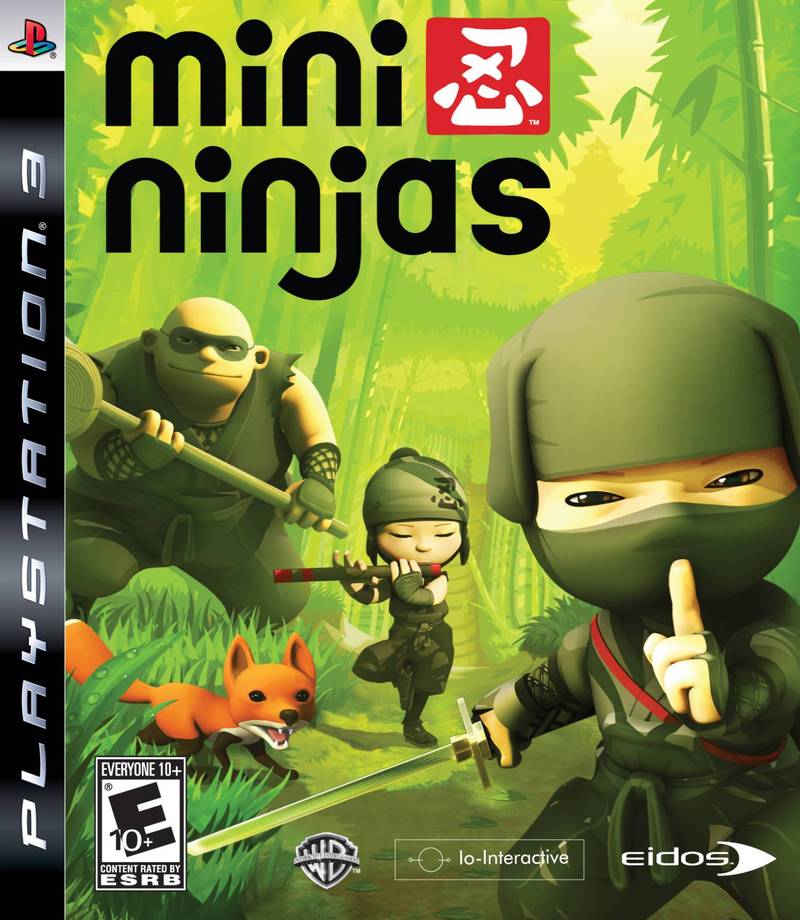 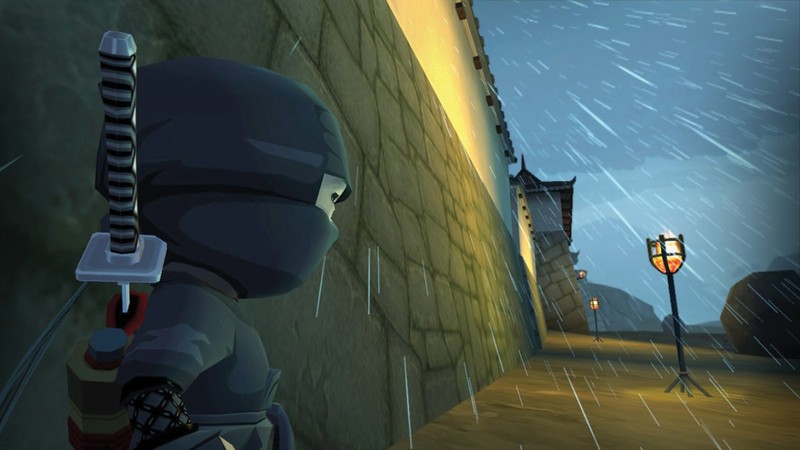 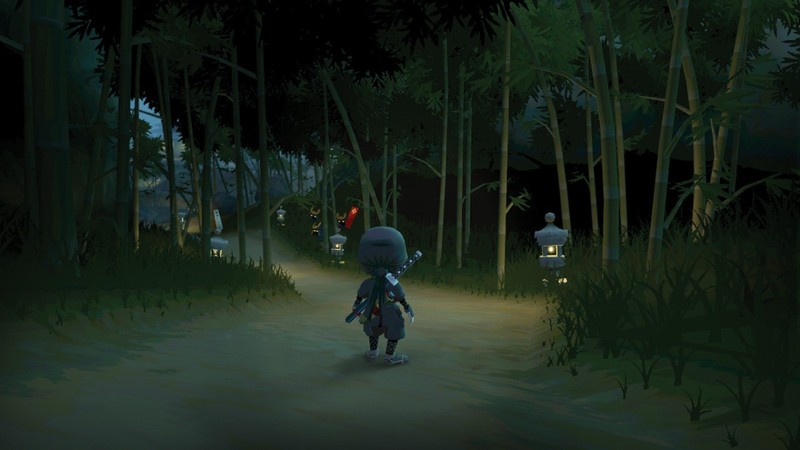 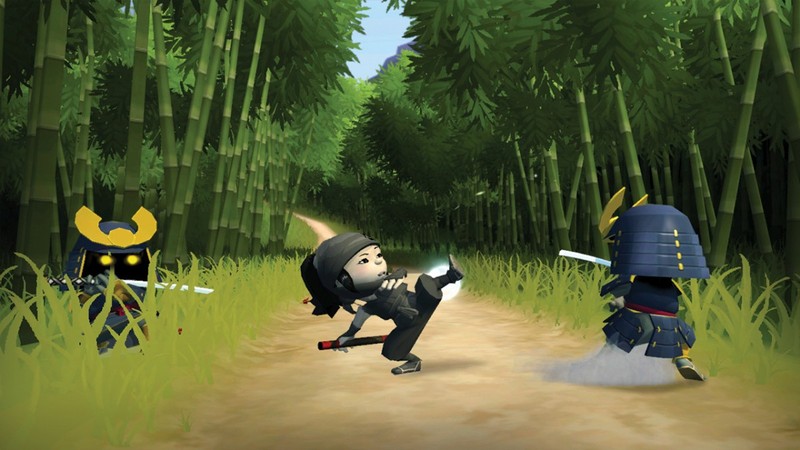 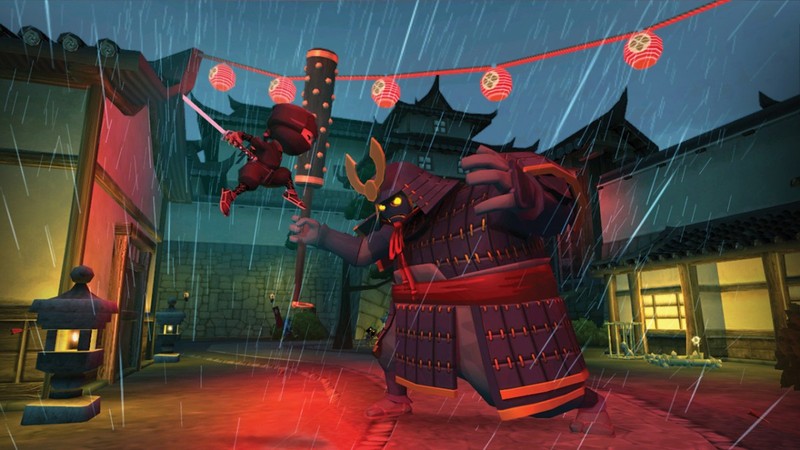 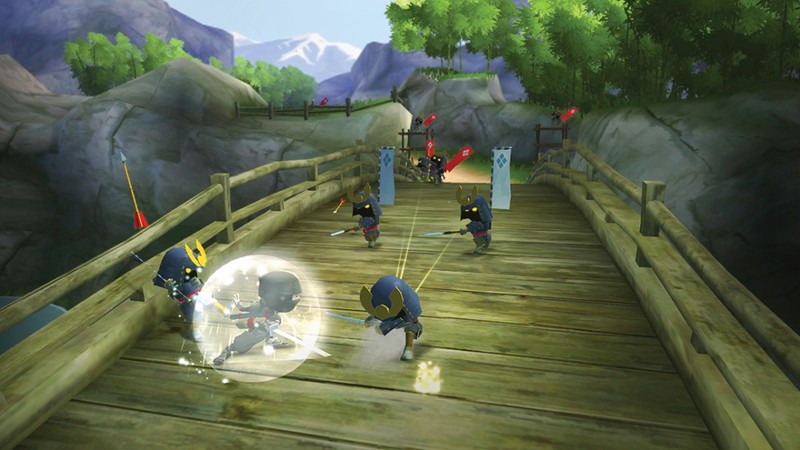 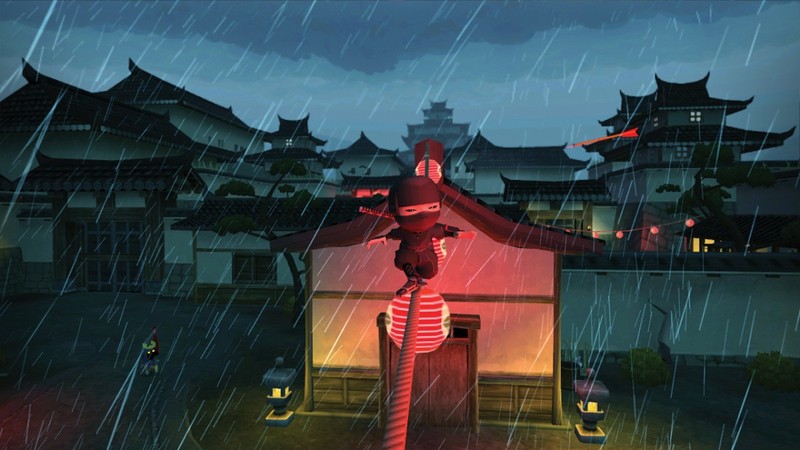 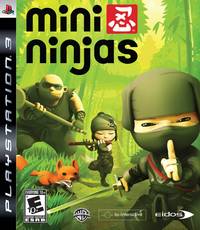 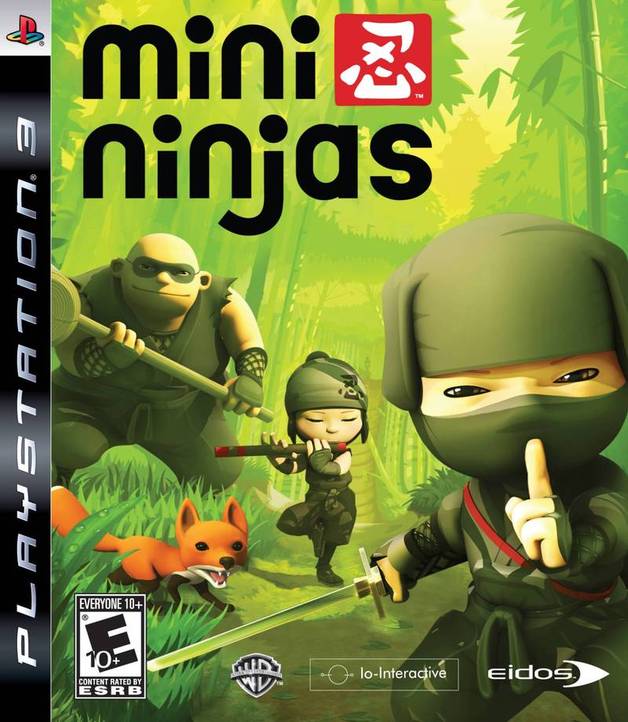 a surprising delight of a game with some great cell shading and good use of the colour palate. A smooth frame-rate mixed with some humerous dialogue/noises­..though rated PG mild violence it is the style of the game and its general overall look makes for some entertaining game play

This is a great game for kids (and adults)! It's relatively simple but still has plenty of things to do and collect along the way. Nothing gruesome! There are a couple of tricky levels but with a little persistance it's definitely worth the effort. A thoroughly enjoyable game.

This game is very cool, it's well thought out, very rich environments and heaps of trophies.

Mini Ninjas is a lot of fun, you get multiple ninja's you can be at any time throughout the game and the levels althrough relatively linear have a lot of exploration in them to get all the items/secrets etc. The animations are great too.

I would recommend this to anyone really, especially those that love platform games. Great fun and i'm still enjoying playing through it :)

Mini Ninjas is an action adventure game with a fresh take on the ninja fascination that has long been part of video games culture. Designed to be both kid and adult friendly, the game utilzes realistic ninja weapons and moves but there is no actual killing.

You have the choice of six playable ninja characters, although as the game begins you will be limited to the main character, Hiro, and his comrade, the slow, but strong un-ninja like Futo. As part of the revealing of the storyline, players are tasked with searching out Hiro's fellow ninjas, captured by an evil warlord.

As Hiro and Futo set each of these free, they in turn become playable characters. Each of the six playable characters has unique abilities, and utilizes a variety of ninja-specific weapons, items and moves, as well as “Kuji Magic,” which each–especially Hiro–can use to help them against enemies. These uses include classic mana-like blasts, but also more surprising and powerful forms such as the ability to take animal form in time of need.

“Mini Ninjas is a decidedly different turn for developer IO Interactive, maker of the Hitman series. This action adventure is low on gruesome assassinations and high on lighthearted fun, but that doesn't mean fans of stealth-kill simulators, or anyone else for that matter, should skip over it. Mini Ninjas is an approachable and enjoyable game with a charming art style that brings its lively world to life. There are a few kinks that present some minor annoyances, but they don't detract too much from what is overall a delightfully plucky adventure…Mini Ninjas is a great start to what could well become a staple franchise for Eidos and IO. If you're hunting for collectibles, you'll easily spend eight to 10 hours on your journey. Even on the hardest setting, the game is never unbearably difficult. The bosses all follow predictable patterns, and fighting enemies is often optional, so most of your frustrations will come at the hands of the poor camera. But Mini Ninjas makes it easy to see past these issues and have a great time.” 7.5/10

"…Everything from the surprisingly stunning visuals to the soothing music makes this a real treat to play. Although the gameplay is fairly straight-forward and somewhat simple for my tastes, the overall experience is one that should definitely be had by gamers that like Japanese culture and ninja flicks – and this is a game you can share with kids.
…The folks at Io Interactive clearly have a lot of love for the genre, as the stirring environments and music make this journey a pleasure to experience. Although the combat is fun and grows as the game progresses, Mini Ninjas is still a little on the simple side and that will throw some gamers off (also, the boss fights are giant quick time events/button prompts, which is disappointing). With that said, this is the perfect game to introduce younger siblings or your own children to the classic Japanese tales and ninja quests so many of us love. I consider Mini Ninjas to be an extremely pleasant surprise. " 8/10

IGN RATINGS FOR MINI NINJAS (PS3)
8.0 Presentation
A straight-forward ninja tale similar to its predecessors. I enjoyed everything here, though I would have liked to see even more.
8.5 Graphics
Charming art style. Breath-taking environments that serve as notable tributes to classic Japanese set pieces. Otherwise, a simple-looking game that is clearly geared towards children.
8.5 Sound
A quirky yet enjoyable mixture of English and Japanese voiceover. Fantastic music to complement the visuals.
7.5 Gameplay
Combat is a bit simple for hardcore action/adventure gamers, but the multiple characters, collectible items and unlockable spells makes this an enjoyable quest.
7.0 Lasting Appeal
Mini Ninjas is definitely a short game, but it can be enjoyed at your own pace. I would have liked to see a bit more, but considering the target audience, the length is just right.
8.0
OVERALL
Great