Mel Brooks Box Set (Silent Movie, To Be Or Not To Be, High Anxiety) 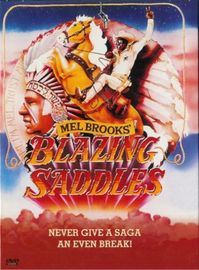 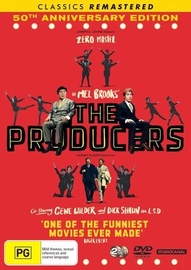 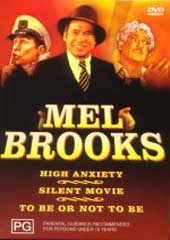 Unavailable
Sorry, this product is not currently available to order
Includes 3 classic Mel Brooks movies - High Anxiety, To Be Or Not To Be and Silent Movie. High Anxiety In this perceptive, sidesplitting homage to Hitchcock films, director, star, and writer Mel Brooks plays the average American guy, psychiatrist Richard Thorndyke (as in Roger Thorndike, Cary Grant's character in NORTH BY NORTHWEST), who's terrified of heights (think VERTIGO). He becomes the new chief of the Institute for the Very Very Nervous, where things are not what they seem, and it's not long before Richard finds himself embroiled in murder, deception, and other hilarious situations. To Be Or Not To Be Mel Brooks proves he’s truly a national treasure in this ingenious, smashingly funny remake of Ernst Lubitsch’s classic 1942 classic film. Aptly described as 'world-famous in Poland', stage star Fredrick Bronski performs highlights from Hamlet while his sultry actress wife cavorts backstage with a dashing young aviator. But all that is interrupted when the Bronski Theatrical Troupe is enlisted to outwit the invading Nazis and save the Polish underground. From the opening Brooks/Bancroft rendition of 'Sweet Georgia Brown' in Polish, To Be Or Not To Be is the ultimate comedy feast. Silent Movie Silent Movie is director Mel Brooks's comic tribute to the golden days of the silent screen. A movie within a movie, Silent Movie stars Brooks as Mel Funn, a filmmaker who has seen better days - for one thing, he's just come out of a bout with the bottle. When his best friends (Marty Feldman and Dom DeLuise) rescue him from despair and convince him to make another attempt at moviemaking, Mel comes up with an idea - a silent picture. Alas, this is the 1970s, and in order to get backing from wacky, frazzled studio chief Sid Caesar, the three pals have to get lots of celebrities to agree to be in their silent picture. Funny, warm, and packed with sight gags galore, the film evokes the days of Chaplin, Keaton, and Pickford and Fairbanks while remaining oddly, and wondrously, contemporary.
Release date NZ
April 1st, 2003
Movie Format
DVD Region
Edition
Aspect Ratio
Director
Mel Brooks
Language
English
Length (Minutes)
284
Actor
Studio
20th Century Fox
Supported Audio
Genre
UPC
9321337032641
Product ID
1458976