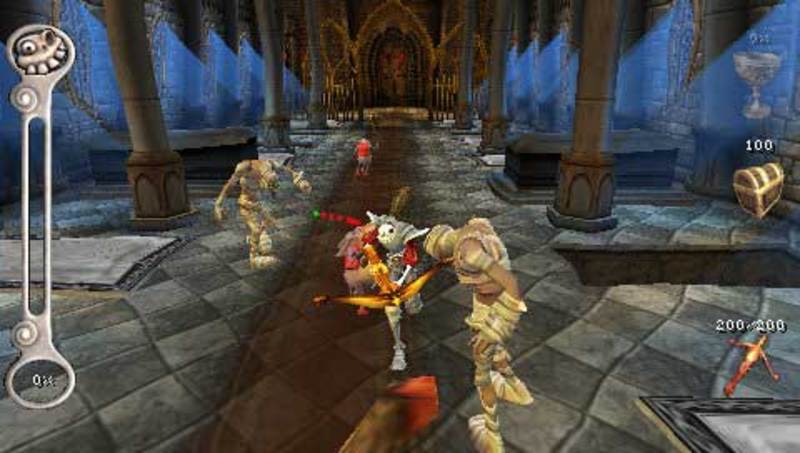 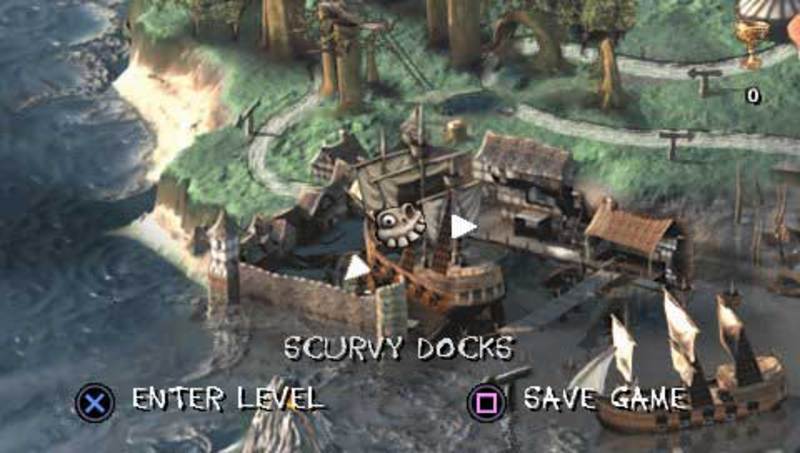 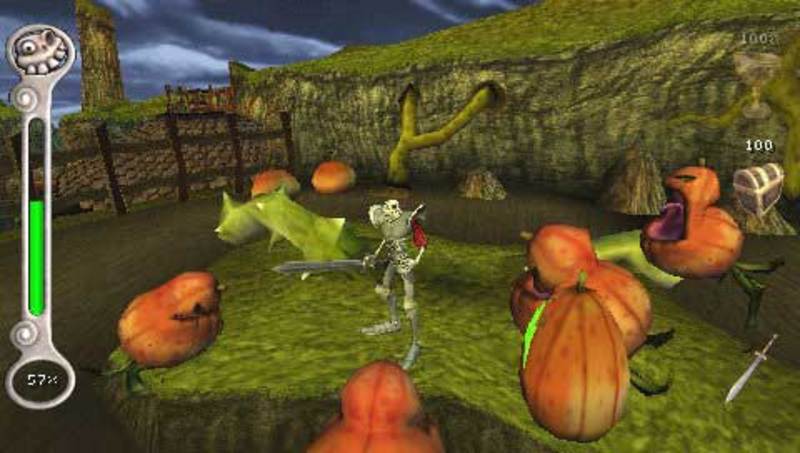 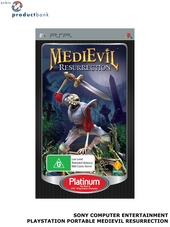 In this game you play as Sir Dan as you relive medievil, trying to stop, evil wizard, Zarock from raising his undead army 6to conquer the world. This game is a great continuation to the series originally released on the PS1. The game is packed with lots of mini-games and is lots of fun. Overall an alright game, but begins to get repetitive after a while.

One hundred years have passed since the evil Sorcerer Zarok was defeated at the Battle of Gallowmere, heroically cut down by a mortally wounded Sir Daniel Fortesque. Or at least, that's what the people were told; in fact poor Sir Dan was a bit of a coward, falling in the very first wave of arrows. Now Zarok has returned, turning day into night, and raising an undead army to conquer the land. As a side effect Dan has also been resurrected... now, he has the chance to defeat Zarok and in death become the hero he never was in life.