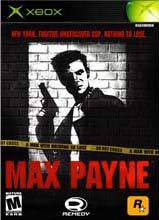 Due to COVID-19, we're unable to accept orders for non-essentials items at this time. Learn more...
When darkness falls in New York City tonight, a lone man will go through hell to avenge his loved ones only to discover that the answers he seeks can hurt more than having no answers at all. Against all odds, back against the wall, and with no one to trust ... Max Payne. A man with nothing to lose.

Max Payne is a man with nothing to lose in the violent, cold urban night. A fugitive undercover cop framed for murder, and now hunted by cops and the mob, Max is a man with his back against the wall, fighting a battle he cannot hope to win. Prepare for a new deep-action game. Prepare for pain...

Developed by Remedy Entertainment and produced by 3D Realms, Max Payne is a relentless, story-driven game about a man on the edge, fighting for his justice while uncovering plot-twists and twisted thugs in the gritty bowels of New York during the century's worst blizzard.