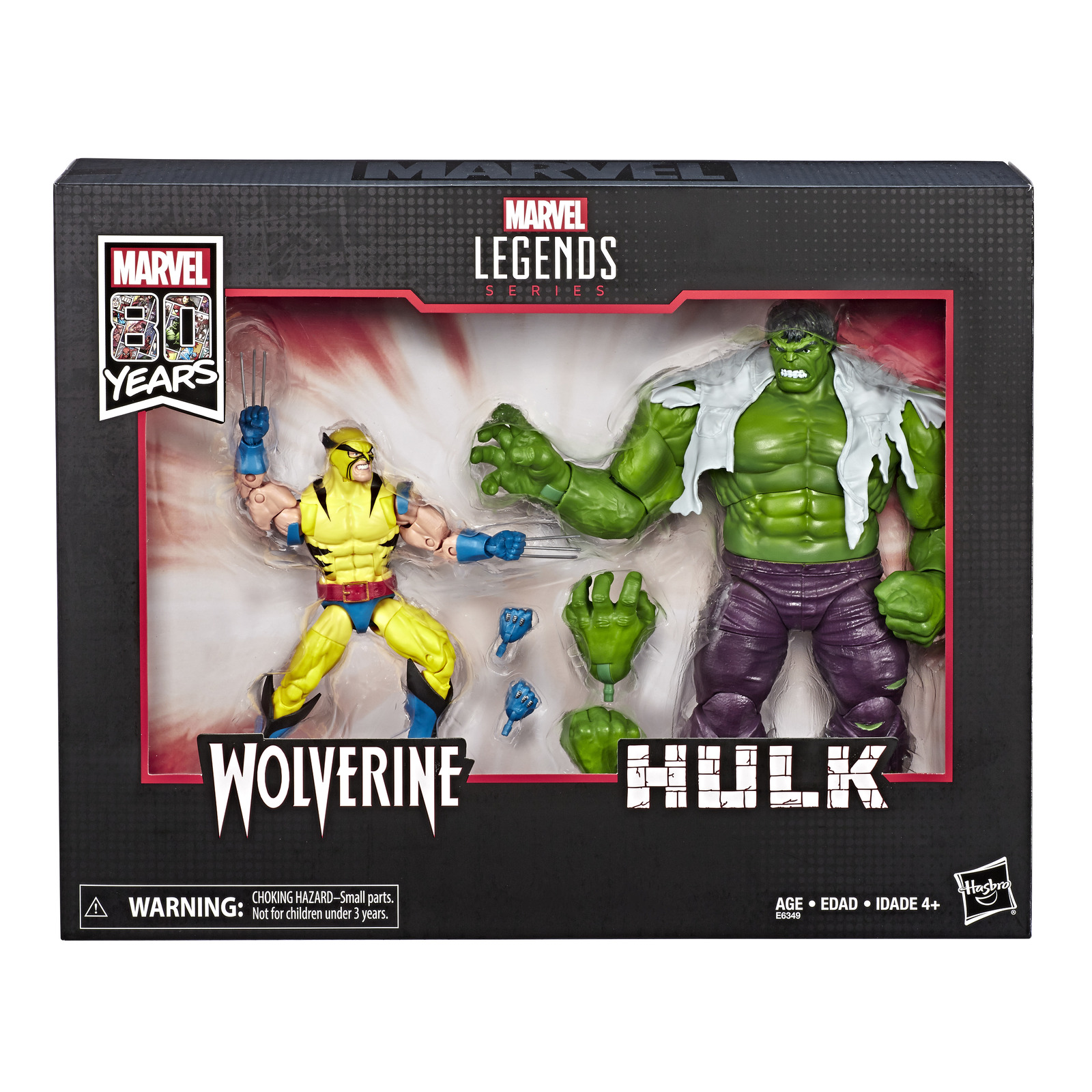 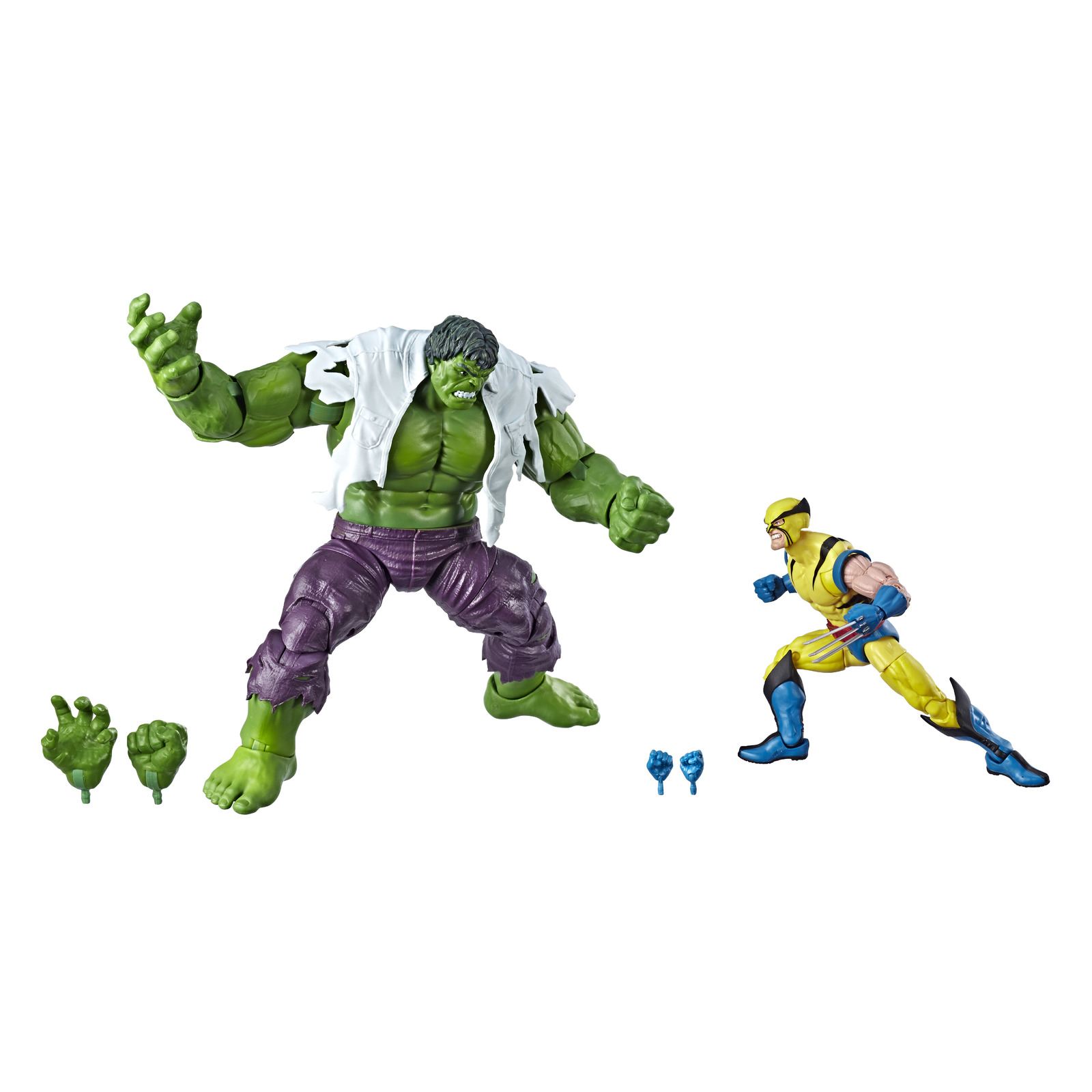 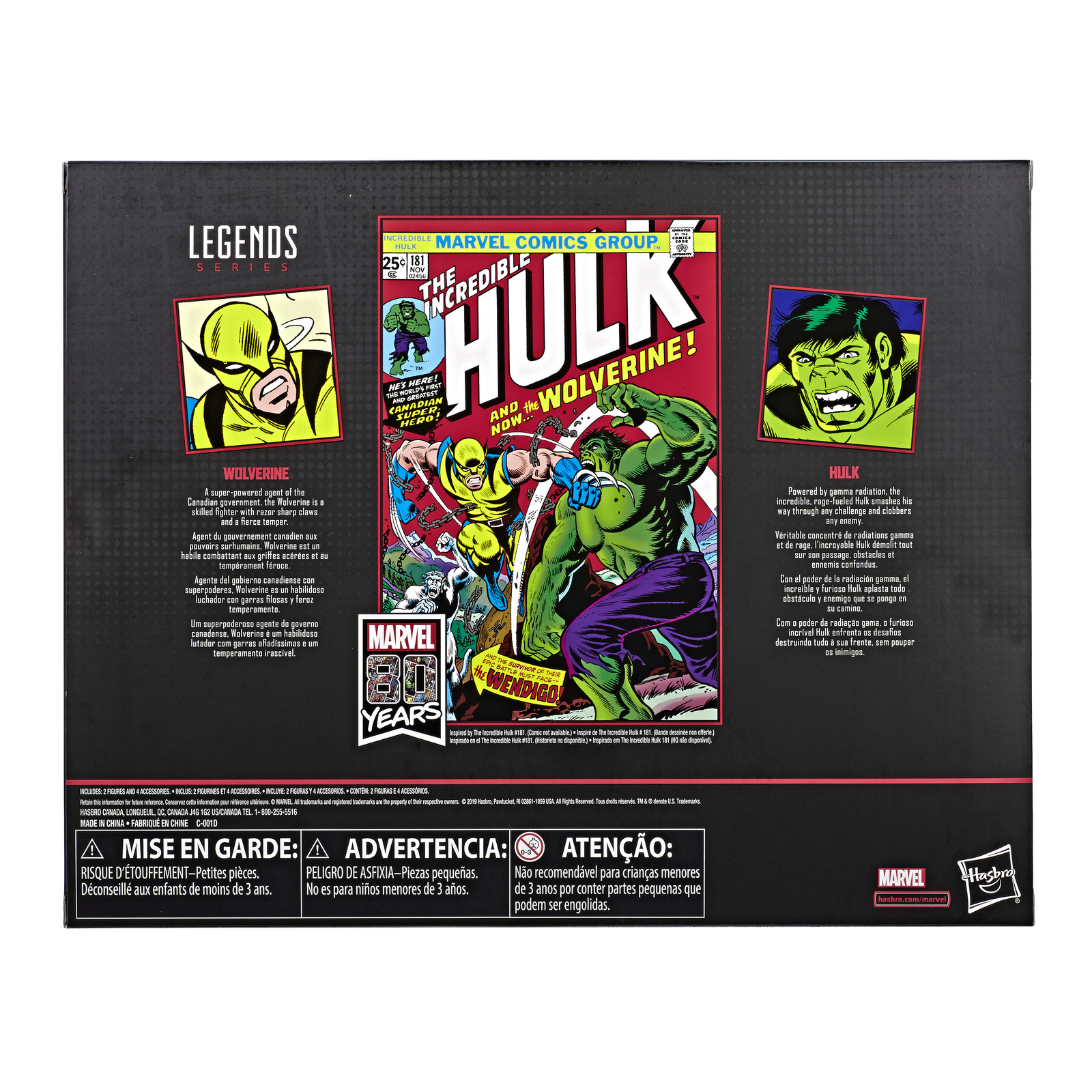 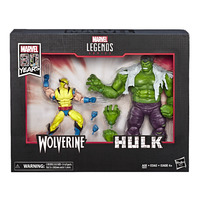 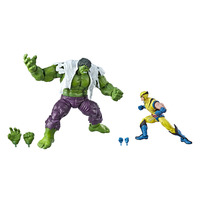 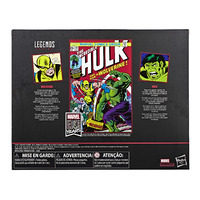 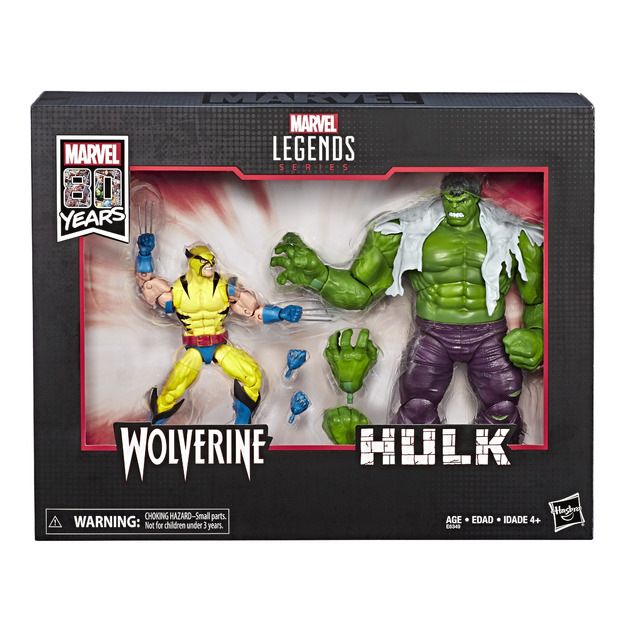 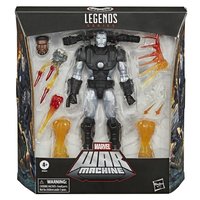 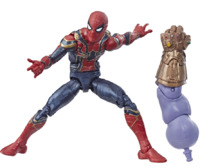 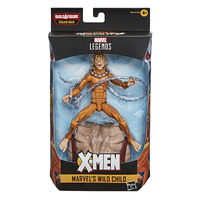 The emerald giant vs the Canucklehead figure set is awesome, again a bend on the hulks toes would be nice. But its a heavy fun figure to play with and pose, wolvrine tho skinny and a lot small is nice and detailed

Celebrate the 80th anniversary of Marvel Comics with this Hulk Vs. Wolverine 6-inch-scale action figure 2-pack from the Marvel Legends Series. With premium deco inspired by the iconic Incredible Hulk comic issue in which Hulk and Wolverine first appeared together, these figures make a great gift for fans of Marvel Entertainment.

Ages 4 and up
Choking Hazard – Small parts. Not for children under 3 years.

These highly articulated Marvel Legends Series figures feature intricate character detailing, making them excellent for both play and display. Both the Hulk and Wolverine figures come with 2 alternate hands, allowing fans to create dynamic poses and imagine the Super Heroes battling one another or teaming up to defeat a common enemy.

In 1974, Marvel Comics released issue number 181 of The Incredible Hulk and unveiled Wolverine for the very first time. In the decades since this appearance both Wolverine and Hulk have become icons of comic book lore. With this Marvel Comics 80th Anniversary Legends Series 2-pack, fans can add a piece of Super Hero history to their action figure collection.

The amazing storytelling and culture-shaping legacy of Marvel Comics now spans 80 years. Inspired by both iconic Marvel comic books and blockbuster movies from the Marvel Cinematic Universe, these highly detailed 6-inch-scale Legends Series action figures are a perfect tribute to that legacy. 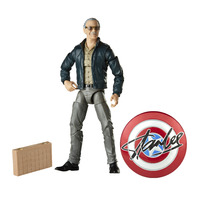 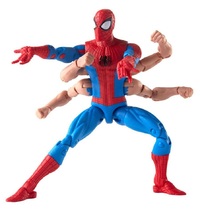 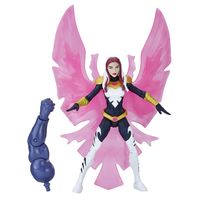 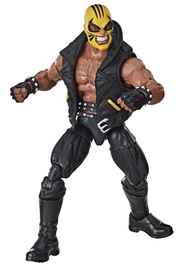 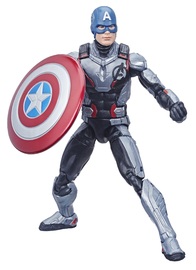 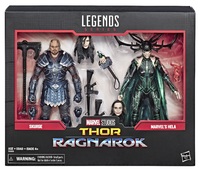 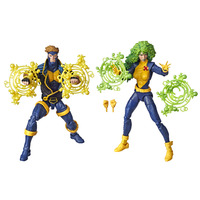 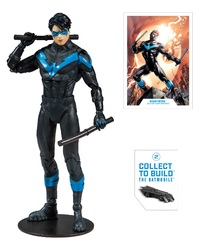 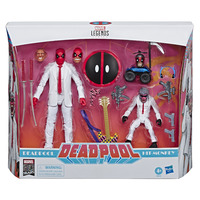