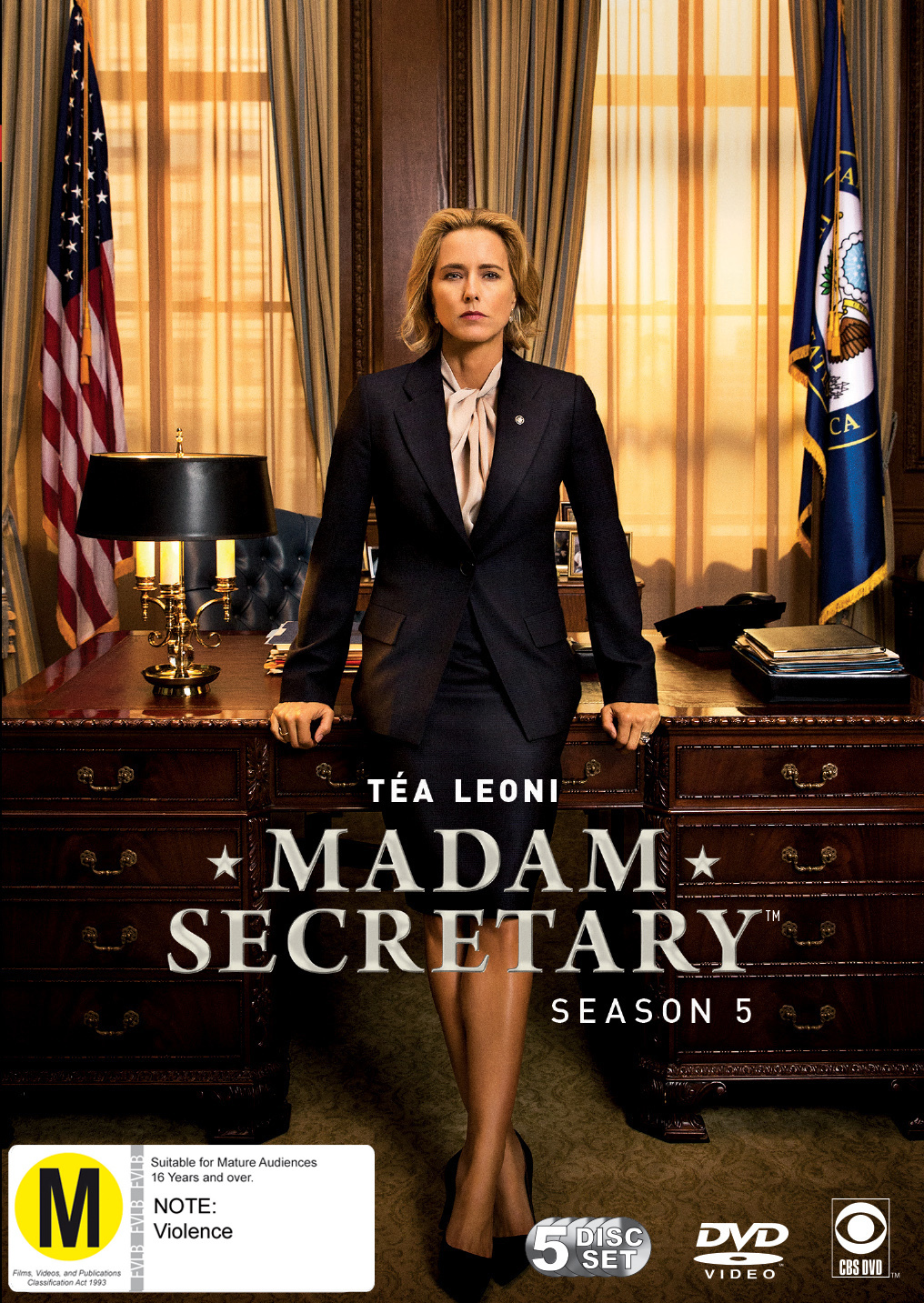 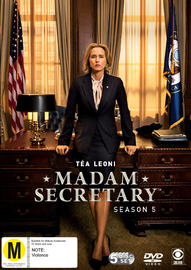 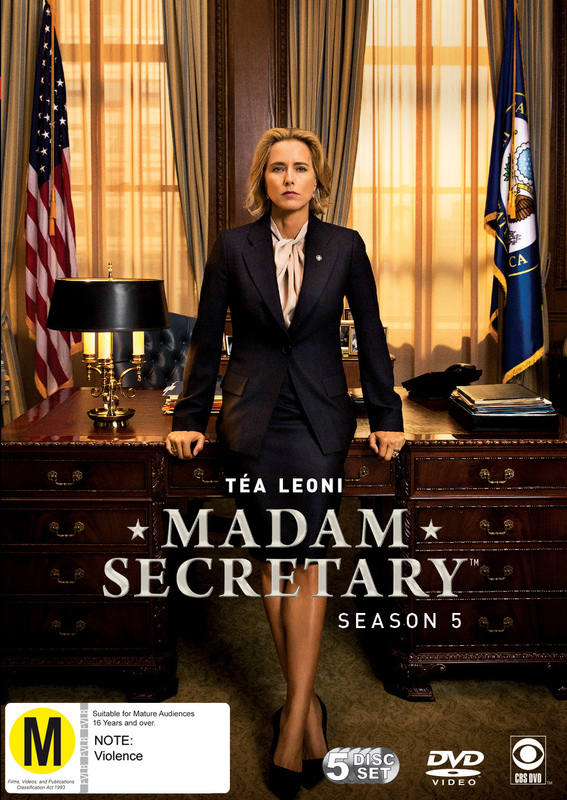 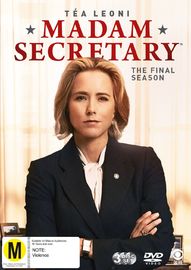 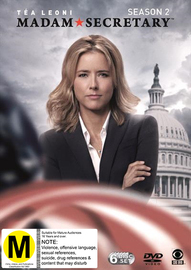 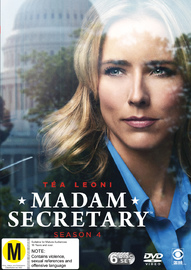 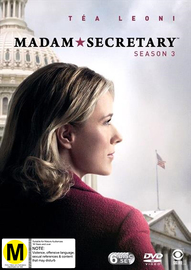 Terrorist attacks. Natural disasters. Military action. No crisis is out of control for Secretary of State Elizabeth McCord (Téa Leoni).

Thinking outside the box and acting outside political protocol make McCord a force to be reckoned with both stateside and overseas, along with support from her CIA operative husband Henry (Tim Daly), Chief of Staff Jay (Sebastian Arcelus), policy advisor Kat (Sara Ramirez), and of course, President Dalton (Keith Carradine).

As McCord prepares to transition from her office to a presidential campaign, she's going to need all the help she can get – including historic appearances from former Secretaries of State Madeleine Albright, Hillary Clinton and Colin Powell as themselves.

Bring home all 20 episodes of Madam Secretary, Season 5 in this 5-disc collection and watch McCord show the world how it's done.

“While an Emmy may not be forthcoming, Clinton acquits herself well in this fifth-season launch of a hit that wants – and occasionally has – some of that ol' West Wing mojo.” - Newsday

“What a way to kick things off. As if having not one, not two, but three former Secretaries of State on Madam Secretary Season 5 Episode 1 wasn't enough, the cast and writers delivered a hell of a story.” - TV Fanatic