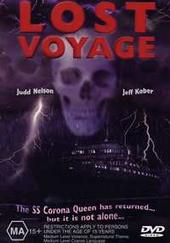 Due to COVID-19, we're unable to accept orders for non-essentials items at this time. Learn more...
Thirty years ago the passenger ship SS Corona Queen left New Jersy for a three day trip. 72 hours later the ship disappeared in the middle of the Bermuda Triangle. As the years passed the Corona incident became a maritime disaster shrouded in mystery.

Now, the SS Corona Queen has returned. Alone and adrift in the middle of the Atlantic. The ship has not returned alone. There is an unknown power on-board - relentless, evil and monstrous - a supernatural force to be reckoned with.