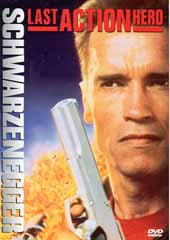 Danny Madigan knows all the first 3 Jack Slater movies in and out. The 4th one is just about to be released too, and with a magical ticket Danny really gets to know that movie in and out too, literaly speaking. During one of the action climaxes Danny is transported into the movie, into a world following other rules than the real one. Benedict, one of the evil guys, gets hold of the ticket and escapes out to the real world, a world where evil guys can actually win. Danny and Jack ffollow him back to the real world to get back the ticket and stop Benedict from killing the actor playing Jack.