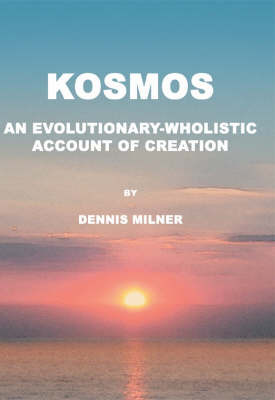 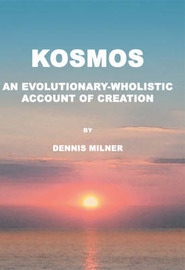 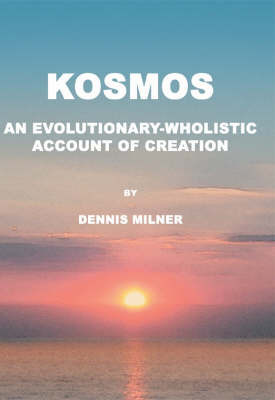 Unavailable
Sorry, this product is not currently available to order
One of the great scientific advances of the nineteenth century was the realisation that all living things on Earth have come about by evolution over a long period of time. A major advance of the twentieth century was the realisation that the Universe as a whole - its Galaxies, Stars and Planets, have likewise come about by a lengthy, cosmic evolution. Thus, it is now possible to view the Universe, and everything in it as a vast evolving system. In this book it is proposed that evolution works by simple basic principles and that it is possible to comprehend everything, including the purpose of our lives, in these terms. In this 'Kosmic Metaphysics' the Universe is traced back to a state of dormant energy that becomes active and thereby gets a sense of self (in the same way that a baby first gets a sense of self from its activity). In seeking to enhance its sense of self, the energy increases in activity and, as a result, becomes a state of turmoil, that differentiates into a large number of separate centres of activity (Kosmic Benard cells), each of which experiences a sense of self out of its activity. These comprise the basic framework of energy/activity out of which the Universe develops. In order to increase their sense of self these centres become more active and their interactions create a further level of turmoil, out of which further centres of activity - galaxies arise. The galaxies interact with the basic Benard cell activity and the stress that this creates in their zone of interaction causes them to break down in this region, to give rise to hydrogen atoms. The hydrogen atoms caught up in the on-going turmoil give rise to stars that transform them into larger atoms of substances from which planets form. It is postulated that there was not one Big Bang but an on-going sequence of 'little bangs' that create the physical universe. It is proposed in this book, that our Universe is the latest in a sequence of Universes brought about in this way, i.e. it is part of an 'Omniverse'. There thus exists a hierarchy of Omniverse entities created in previous Universes. These 'older generations', out of their greater experience, seek to encourage the development of the later generations, and it is the activities of these that mystics and religious leaders refer to as a Spiritual World. The totality is here called 'Kosmos' but it could equally be called God, which is everything and everywhere. Life starts on Earth in watery regions where prebiotic droplets form, that evolve into single, then multicellular organisms and finally hominids. To gain the special experience offered by Earth existence entities from the Omniverse Hierarchy incarnate into hominid bodies, to give rise to modern day humanity. As a result of arising in this way Humanity is cut off from the Omniverse Hierarchy and, like the prodigal son, has to find its own way forward. In order to do this Humanity seeks to understand the workings of the Universe and the Earth situation in which it finds itself. In doing this it is developing the ability to contribute a new, objective understanding of how and why the Omniverse has developed and works, whereby Kosmos/God develops a new level of consciousness of itself. Each stage of development opens up new activities with potentials for further developments and the pursuit of these gives rise to the activities and entities that make up the Universe as we know it. This is the 'purpose' of our lives, as part of this system, to realise our potentials and, in so doing, to open up new potentials for further developments. When we look around us we see the workings of the Kosmos on Earth in the forms, behaviour and functions of substances and organisms. In this book it is proposed that forms arise out the stresses that substances and organisms create in the underlying basic energy activity, as they strive to express their natures. Experimental results drawn from electrical discharge photography, crystallisation, liquid flows and capillary dynamolysis are presented to show how stress fields create the shapes that we see in the natural world. Humanity, however, does not exist in isolation, it has to learn to work with the Omniverse Hierarchy to produce a harmonious integration of the new with the old and vice versa and there is evidence of a drawing together of the Omniverse Hierarchy and Humanity's activities on Earth. But this requires an expansion of Humanity's consciousness and the development of a new evolutionary-wholistic understanding. These are seen as major tasks for the next and future, generations and this book is offered as a contribution to this end. As well as providing a deeper (and simpler) understanding of everyday life and of the observations of science on the workings of the Universe and on religious beliefs, this evolutionary-wholistic approach throws light on so-called fringe phenomena, e.g. alternative healing practices, psychic phenomena, UFOs and the growing body of so-called channelled communications in which people claim to get messages from a spiritual world.
Release date NZ
November 9th, 2006
Author
Country of Publication
United Kingdom
Illustrations
full colour illustrations
Imprint
New Generation Publishing
Pages
464
Dimensions
165x220x25
ISBN-13
9780755202478
Product ID
1752818