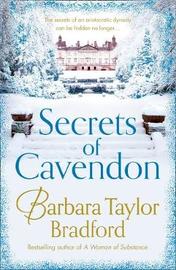 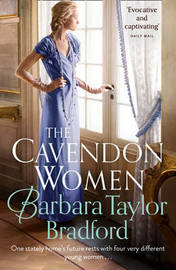 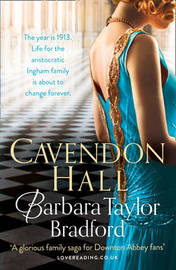 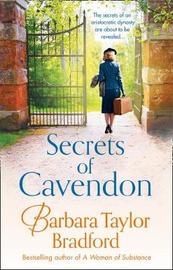 Unavailable
Sorry, this product is not currently available to order
Linnet O'Neill, great-granddaughter of Emma Harte, finds herself following in the footsteps of the original woman of substance as she battles to save the family business Emma created from a tiny shop. She and Emma's other great-granddaughters face heartache and tragedy and are tested to the limit as the final chapter in the extraordinary story of the Harte family draws to a dramatic close! Linnet O'Neill returns from her honeymoon full of fresh ideas for bringing the Harte empire into the new century. But she and her mother, Paula, matriarch of the dynasty, lock horns in a battle about the future. But when Paula falls ill, Linnet finds herself alone at the helm, just as her great-grandmother once was. Will she become the new Emma Harte, as so many have predicted? Evan Hughes, American great-granddaughter of Emma, is pregnant and planning her small family wedding. Life seems good until a harsh confrontation with her adopted sister puts Evan in hospital. And after her marriage, tragedy strikes, putting Evan under enormous pressure to support Linnet at Harte's. Tessa Fairley, Paula's daughter, is ready to start a new life after an acrimonious divorce, and is madly in love with the Frenchman Jean-Claude Deleon. But having always believed herself to be her mother's rightful heir, and jealous of Linnet, Tessa is reluctant to forego her chances of the top spot and is caught in a painful dilemma between her heart and her head. India Standish, in the midst of planning her own glamorous summer wedding in Ireland, is thrown off balance when her fiance Dusty's daughter Atlanta comes to live with them - closely followed by Dusty's unstable ex-girlfriend, intent on trouble!. However, it is Evan's sister Angharad who makes the most ripples within the family, trying to infiltrate the quartet of young women and latching on to Jonathan Ainsley, deadly enemy of the Hartes, in the process putting them all in danger when the Harte family finds itself grieving and vulnerable. The four young women need to draw on the strength of character and determination inherited from their formidable great-grandmother to win through. But then two beloved members of the Harte family unexpectedly die, causing grief and heartbreak. And Jonathan Ainsley seems ever closer to wreaking his revenge!

Barbara Taylor Bradford was born in Leeds, and by the age of twenty was an editor and columnist on Fleet Street. Her first novel, A Woman of Substance, became an enduring bestseller and was followed by nineteen others, most recently Unexpected Blessings. Her books have sold more than seventy-five million copies worldwide in more than ninety countries and forty languages, and ten mini-series and television movies have been made of her books. She lives in New York City with her husband, producer Robert Bradford.
Release date NZ
December 14th, 2005
Author
Country of Publication
United Kingdom
Imprint
HarperCollins Publishers Ltd
Pages
560
Dimensions
111x178x34
ISBN-13
9780007197590
Product ID
1645292