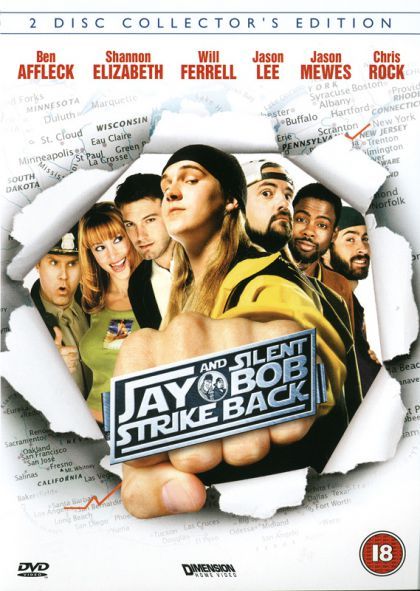 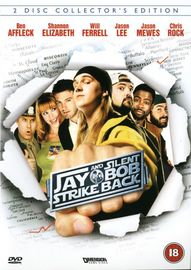 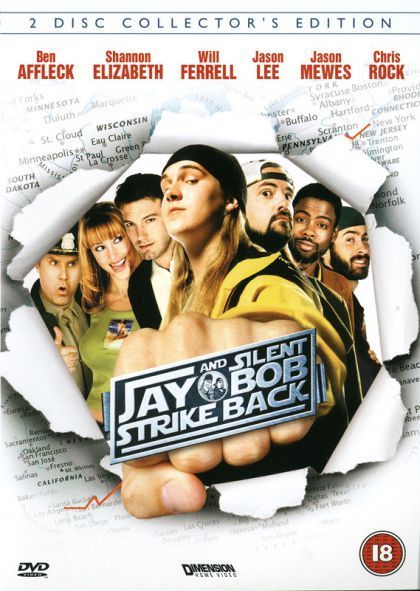 Great movie for people who enjoy the other Jay and Silent Bob movies including clerks 1 & 2, mall rats, chasing amy, dogma etc. Contains much stoner humor and fart jokes so not for everyone. Some great acting and cemeos though.

Cult hero View Askew characters Jay and Silent Bob step out of the shadows to headline the latest movie from the Kevin Smith production line. Jay and Silent Bob (played by Smith himself) are on a mission to stop a movie, based on a comic book to which they are the inspiration for, from being made.

Hilarity ensues involving orang-utans, jewel theif's and a very impressive cast list including Mark Hammil and Carrie Fisher from Star Wars, Will Ferrel, Chris Rock, Ben Affleck, Matt Damon and Jason Lee who plays the title role in My Name is Earl, and many other faces that you will recognise.

This is a funny if somewhat crude film, that delivers on laughs, and if you are a fan of Kevin Smith's previous work then you will love the tie-ins to Clerks which kick started his career, but seeing not seeing Clerks doesn't mean you wont enjoy it!

Someone is making their life story into a movie, and they haven't been paid. So they're on their way to Hollywood to get even.

Packed with stars including Ben Affleck, Matt Damon, Chris Rock, Shannon Elizabeth, Jason Lee and more, this wildly irreverent comedy is actor/director Kevin Smith's finale to the adventures of Jay and Silent Bob that began in Clerks and ran through Mallrats, Chasing Amy and Dogma. When best buddies Jay (Jason Mewes) and Silent Bob (Smith) discover that a major motion picture is being based on their likenesses, they head for Hollywood to claim the big money they deserve. But when the dopey duo learn that they've been cut out of the cash, they set out to sabotage the flick at all costs. Featuring a host of celebrity cameos set to a hot soundtrack, Jay and Silent Bob's raucous cross-country road trip is a crash course in the rules of the road with a nonstop assortment of outrageous characters that will have you laughing out loud!