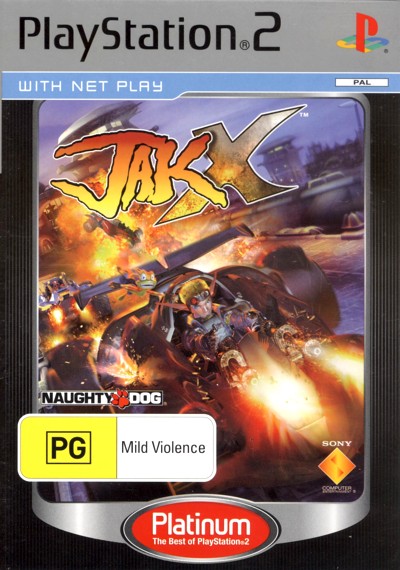 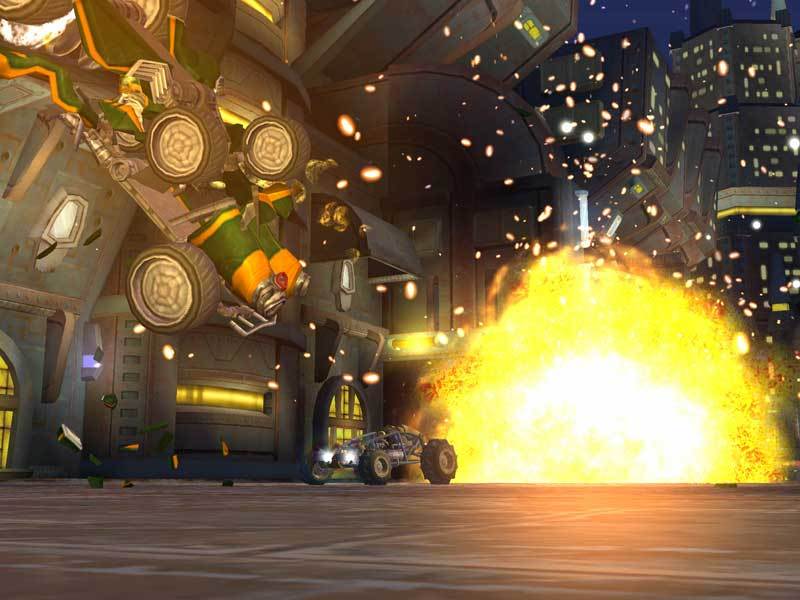 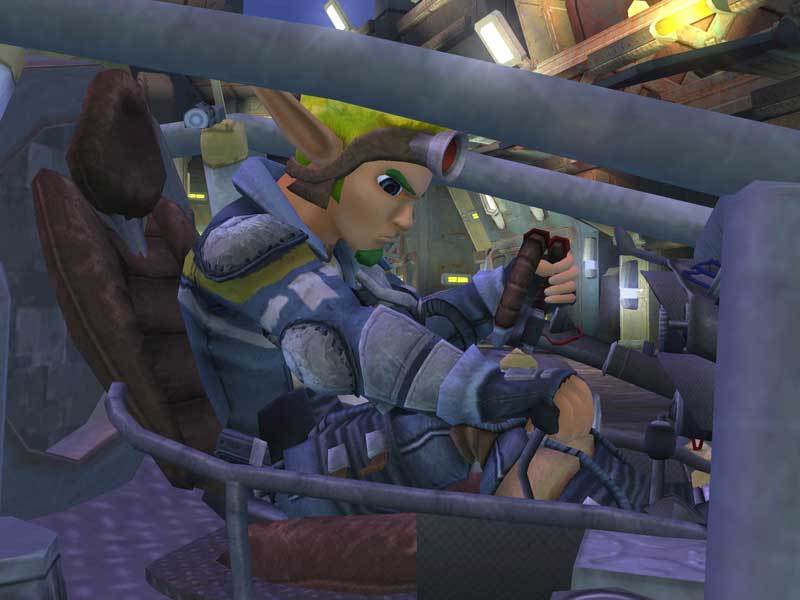 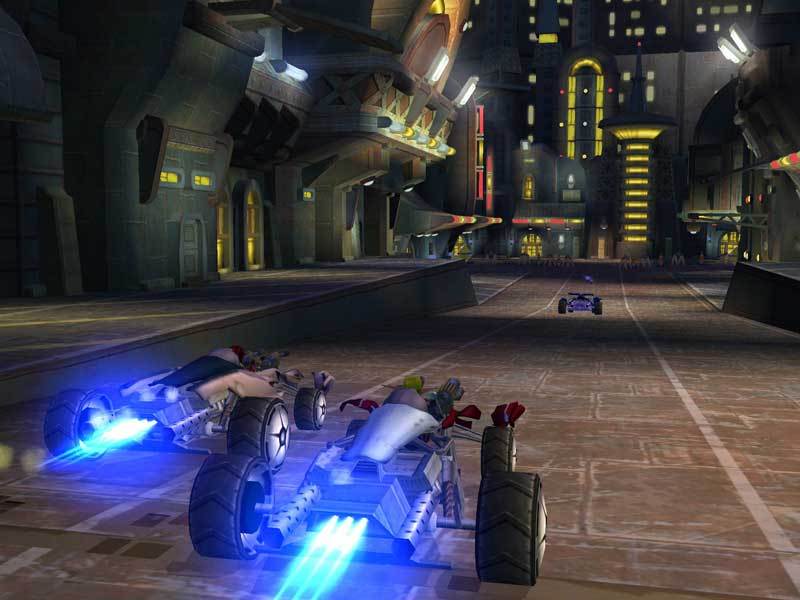 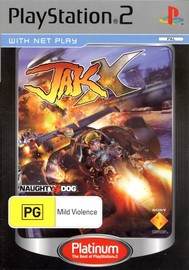 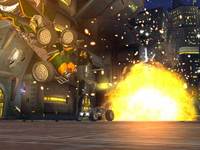 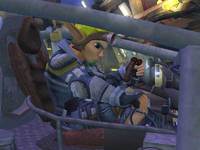 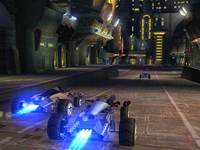 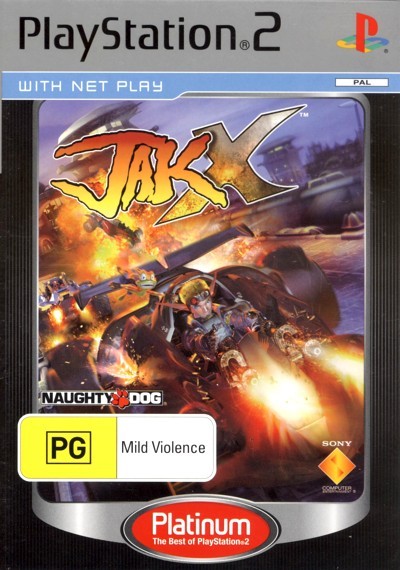 Sort of like a more full on racer than the Crash Bandicoot racing games so if you enjoyed them you will love this. It works perfectly as a bit of extra story to the Jak & Daxter games, a great bit of fun

I say this as Naughty Dog have pinched that line that the game is annoying but you keep on playing because it is mega fun.

The game is based in Kras city but you get to go to places like Haven city, and Spargus city, and prepare for speeds and explosions for your entertainment.

When I ordered Jak X, I allowed myself a healthy degree of scepticism. Would the developers be able to make the leap from platformer to racing without destroying the characters and worlds we've grown to love? The answer is simple: yes.

Jak X continues existing plot threads from Jak 2 & 3, bringing Krew back into the picture (weaving his despicable schemes from beyond the grave, via a series of carefully laid plans before his death), and introducing us to the third major city of Jak's world: Kras City. This city is home to the spectacularly dangerous combat racing championship.

There is no more platform-jumping at hand, the franchise has moved on now. Instead you will find a deadly and blisteringly fast array of tracks set throughout the environments encountered through the Precursor trilogy. The vehicles are excellent, and can be FULLY customised (every body panel can be swapped for a number of styles, wheels can be changed, colours, helmets, accessories etc are all at your fingertips). In addition you can upgrade/tune your armoured steeds for more explosive enjoyment.

The engine holds up well, delivering crisp graphics and very cool motion blur effects when needed to emphasize speed. The races are punctuated by CGI sequences just like we have seen in previous games, that show us how our merry band of doomed racers are getting through the ordeal set by Krew. The story is strong; and I won't spoil it for those that don't already know.

For fans of Jak, this game is a must buy

Jak X finds the popular pair in a frantic race for their lives. Combat racing has filled the void left in Kras City after Jak defeated the Dark Maker in his last adventure. Now, after being mysteriously summoned to Kras City to hear the reading of Krew's will, Jak, and Daxter are plunged headfirst into a dark and deadly plot. The will reveals that everyone present has been poisoned and will die unless the antidote is administered...everyone's life hangs in the balance as the heroic duo race against time in the Kras City Grand Championship. As the plot unfolds through an adventure mode, players will be treated to almost an hour of classic Jak and Daxter animation.

Jak X is the ultimate in exciting, head-to-head vehicle combat, with 20 stunning tracks and eight vast open terrain arenas to zoom around in the their wildest ride yet. Destructible elements within each track add fun and chaos to the gameplay and with over 120 game tasks providing hours of fast-paced action.

Jak X features over a dozen combat vehicles, which are completely customisable and feature unique and lively handling characteristics. Over the course of the competition, the vehicles will take damage, as paint is scratched and pieces of metal are ripped from the chassis. Players can create their own strategies for races and missions with an assortment of 17 vehicle power-ups including projectile weapons, ranged weapons, smart bombs, mines, catastrophic attacks, turbos and shields.

Not only does Jak X feature five new characters along with some familiar faces, but the game is designed to be compatible Daxter coming to PSP. Players will be able to hook up to unlock secret decals, modifications, vehicles and characters. Introducing both multiplayer and online modes to the Jak and Daxter franchise, Jak X allows up to six players compete online and offers features such as 'ranking system', 'buddy list', 'team play' and more.