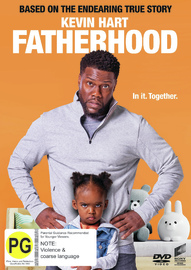 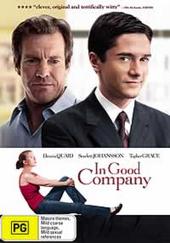 Head of Sales, team-player and all round good guy, Dan Foreman (Dennis Quaid – “The Flight of the Phoenix”) is the cornerstone of the hit magazine, Sports America. At 51, he's hitting his stride in the corporate world. But out of the blue, the magazine's parent company is taken over by a multi-media conglomerate and a hot young-gun (Topher Grace – “Win a Date with Tad Hamilton”) is brought in to replace him and inject some fresh blood into this all-American institution. Not only is it a clash of styles, but the fight gets personal when the new suit starts romancing Dan's idealistic daughter, Alex (Scarlett Johansson – “Lost in Translation”); and to top it off, Dan's wife (Marg Helgenberger – TV's “C.S.I.”) unexpectedly announces she has fallen pregnant.