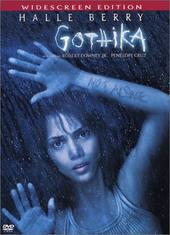 Just because someone is dead, it doesn't mean they're gone.

A criminal psychologist awakens to find herself a patient in the very same mental institution in which she works, with no memory of the murder of her husband that she's accused of committing. As she tries to regain her memory and convince her coworkers of her innocence, a vengeful spirit uses her as an earthly pawn… which only further convinces all involved of both her guilt and her increasingly stead descent into madness and delusion.