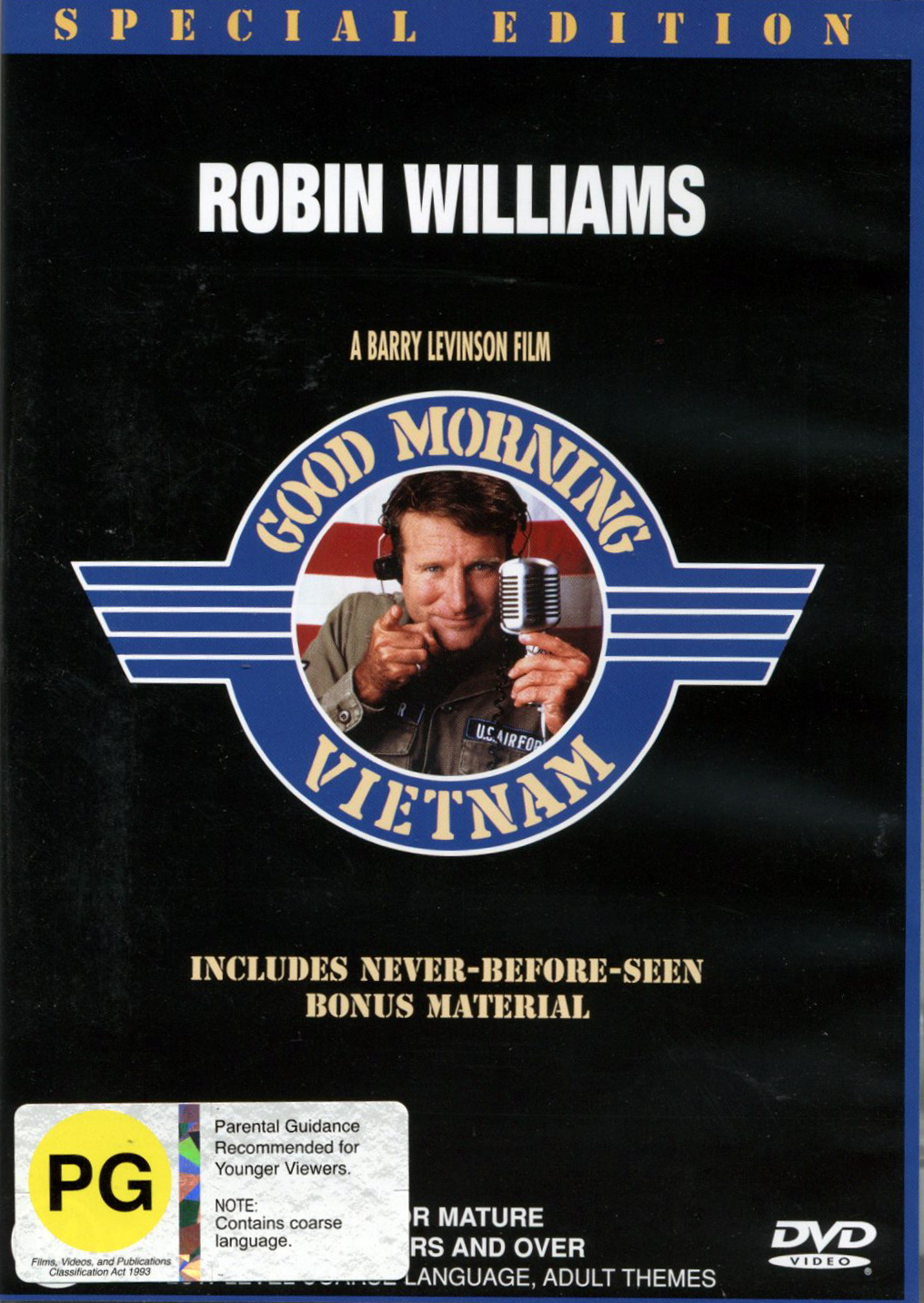 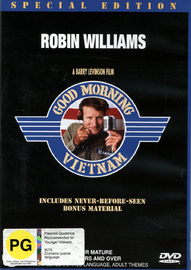 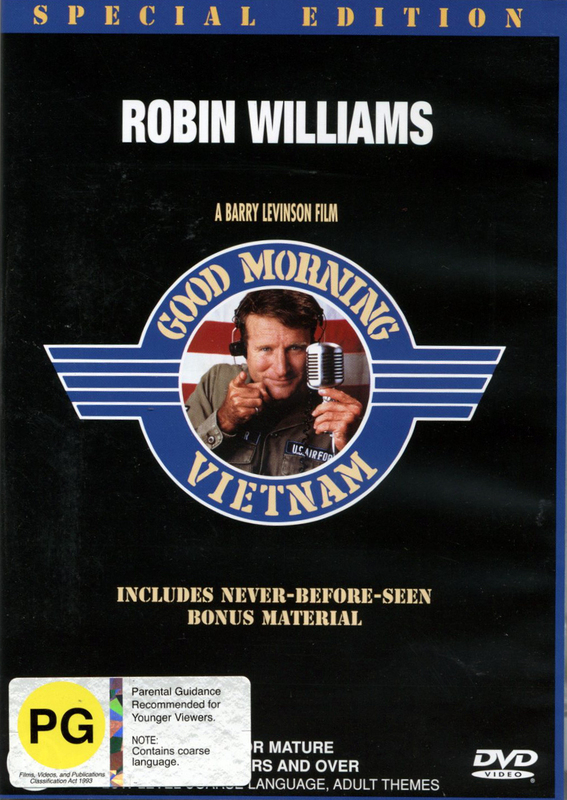 Great soundtrack from the era against the bittersweet background of the Vietnam War at its peak. Lots of laughs but a tear or two…

Robin Williams was at his best playing a zany American Dj on an American base in siagon Veitnam who falls in love with a local girl. The lenghts he has to go to get even a date with her make good use of his comedic talents.

DJ Adrian Cronauer (an Oscar-nominated Robin Williams) causes uproar when he arrives in war-torn 1965 Saigon to take over the early morning radio show. His irreverent humour soon offends the top brass, in the form of Lt. Steven Hauk (Bruno Kirby), but Cronauer becomes a hit with the GIs.

Meanwhile, Cronauer shows a more sober side to his character in his romance with Trinh, a local Vietnamese woman (Chintara Sukapatana).