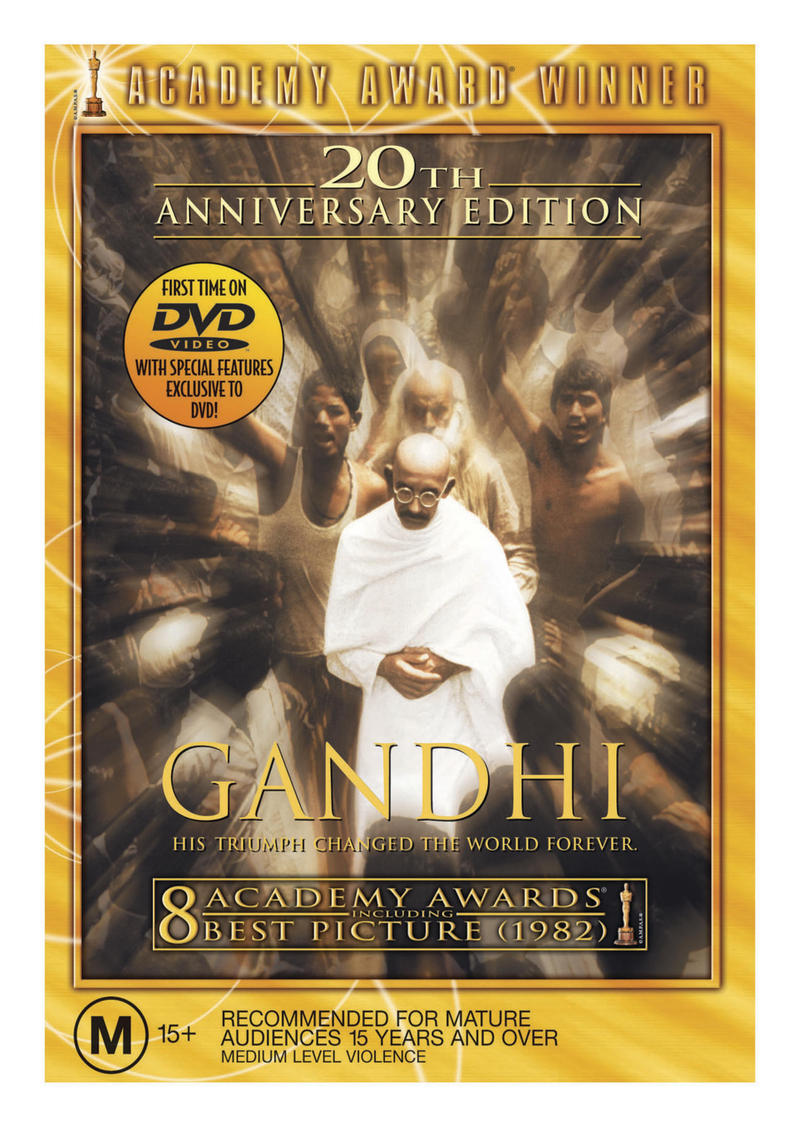 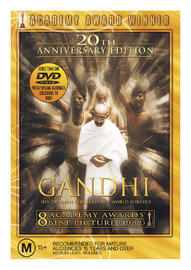 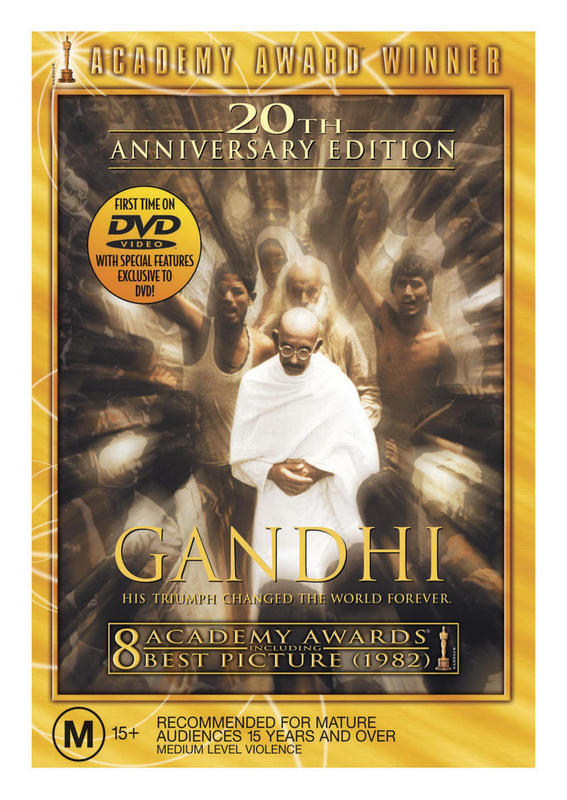 Probably my favourite movie of all time. Sir Ben Kingsley is absolutely perfect in his portrayal of one of histories greatest men. Gandhi is an inspiring story, especially in times like this. It really is a must see movie.

GANDHI was not a ruler of nations, nor did he have scientific gifts. Yet this small modest man did what others before him could not. He led an entire country to freedom – he gave his people hope. Gandhi, the man of the century, is explored in this breathtaking, unforgettable motion picture. After 20 years in the making, this masterful epic garnered eight 1982 Academy Awards, including Best Picture, Best Director, Best Actor and Best Original Screenplay. In stirring detail, Gandhi`s life, principles and power explode on the screen with vivid scenes such as the horrific massacre at Amristar, where the British opened fire on 15,000 unarmed men, women and children and the dramatic march to the sea where Gandhi led thousands of his fellow Indians to prove that sea salt belonged to all and was not just a British commodity.A dis­tinguished cast of characters surrounds Academy Award winning BEN KINGLSELY as Gandhi, including CANDICE BERGEN, MARTIN SHEEN, JOHN GIELGUD and TREVOR HOWARD. A vision of the heart and soul of a man, GANDHI is a classic epic as timeless as Gandhi himself.