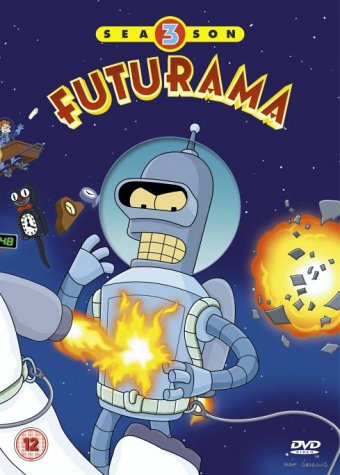 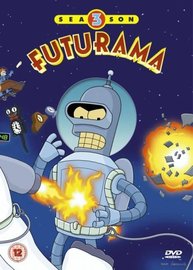 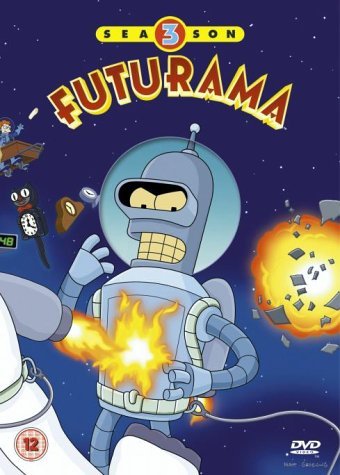 Another series of some of the funniest animation ever put to celluloid. The DVD contains all twenty two episodes of the antics from captain of the Planet express Leela, a pizza boy who was cryogenically frozen and then thawed out in the year 3000, an alcoholic kleptomaniac robot named Bender and the others as they battle their way through the thirtieth century and the universe as they try to get their deliveries to there destination.

Each DVD contains at least five and sometimes up to six episodes. There are many special features with this series that extend the life of the show for longer than one viewing.

They include deleted scenes, how to draw the characters, storyboards and audio commentary for every episode, which will give you a new perspective on the comedy styelings of Matt Groening. There are many celebrity cameos including the likes of the Harlem globetrotters and Charlie’s angles star Lucy Liu.

Every episode will have you in hysterics. My personal favorites are “The 30% iron chef” where Bender competes against Elzar in a kitchen stadium that will decide who is the universes greatest chef.

The second would be “Future shock” where a cryogenically frozen 80’s business man is thawed to try to rescue the struggling Planet express and become it’s CEO.

Four of the funniest DVDs you will ever watch, with 22 episodes and so many special features they are well worth your time and your money.

Features all 22 episodes from season 3.

Futurama, set in the next millennium, follows the exploits of Fry, a pizza delivery boy who was cryogenically frozen by accident for 1,000 years; Leela, a female cyclops; Bender, an immoral robot, and others as they work for an intergalactic delivery service owned by Fry's great, great, great,..nephew, Professor Farnsworth.