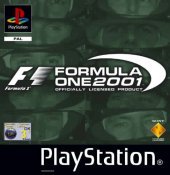 Due to COVID-19, we're unable to accept orders for non-essentials items at this time. Learn more...
SCEE Studio Liverpool, formerly Psygnosis, is the longest-standing licensee of the lucrative official FIA Formula One World Championship license and has established itself as the premier developer of innovative and high-quality Formula One games.

The original “Formula One” was the first PlayStation® game in Europe to sell over one million units within a record-setting post-launch six-month period. It also established PlayStation® as the premier games console for unparalleled racing experiences in Europe.
Release date NZ
May 23rd, 2001
Publisher
Sony Computer Entertainment
UPC
711719397120
Product ID
1456113