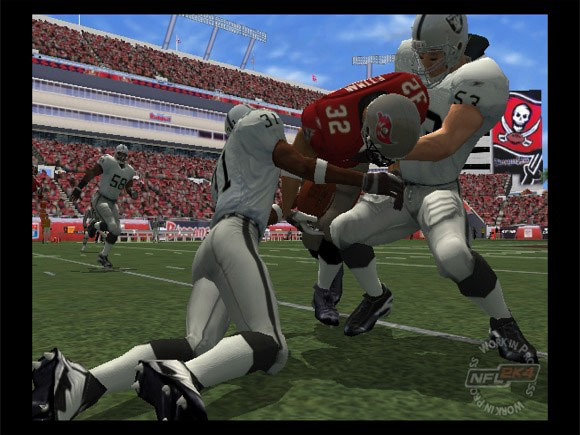 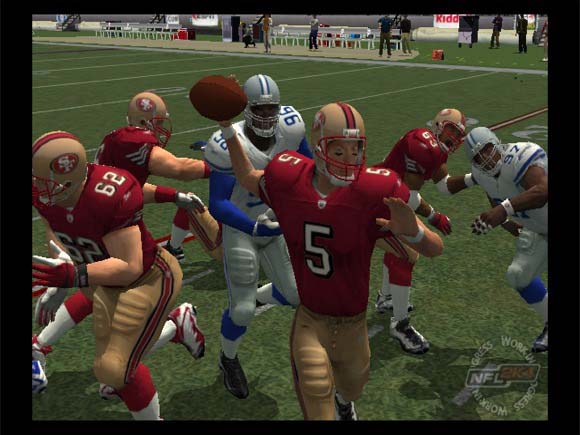 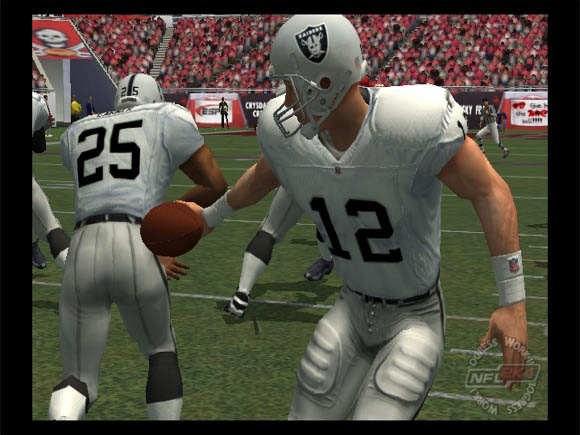 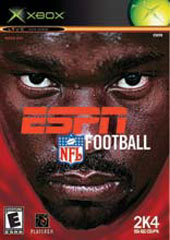 Due to COVID-19, we're unable to accept orders for non-essentials items at this time. Learn more...
Listen. Do you hear it? Squint your eyes. Do you see it? You don't, do you? You don't because "NFL 2K4" goes beyond mere sound and vision - you feel it. You feel that deep breath you take when you're staring down 80 yards of real estate, a six-point deficit and 1:31 on the clock. You feel the fear in the air that results from unblinkingly staring down a quarterback from your middle linebacker position. You feel that brief moment in time when the ball's in the air and all that fills your mind is the overwhelming need to drive your helmet through that receiver's rib cage.

"NFL 2K4" brings the complete NFL experience. Whether it's by making an opponent lose his shorts from a stop-and-go juke, by scraping your toes down as you make an acrobatic first-down catch along the sideline, or by piling on top of a swarming gang tackle on fourth and short -- you'll truly feel everything that makes the National Football League so intense. Don't look. Don't listen. Feel. "NFL 2K4."

ESPN Presentation - Nothing compares to a stellar ESPN broadcast, complete with a new level of integration of scores, highlights, stats and overlays that further blur the line between a Sunday Night Football telecast and the game.

Untouchable Gameplay - Responsive controls give you command over every aspect of the game, including the ability to tap into the power of your player with “The Charge” – a new way to boost your performance.

New Play-Calling System - No matter your experience, the all-new interface -- complete with updated NFL team playbooks -- will quicken your decisions on the field.

Stunning Visuals – New close-ups of all of the action including crowd scenes, cheerleaders and sideline players that bring more emotion to the game. Amazing player models, new fields, and sidelines bring it even closer to reality!

Challenge System – Flags can go either way, but in a tough game you want every advantage. Don’t like the call? No problem, throw the red flag and get a second opinion.

Multi-Player Franchise – Why play franchise mode alone? Now you and all of your buddies can get together and pit your team management skills against each other head-to-head for ultimate bragging rights.
Release date NZ
December 10th, 2003
Game Platform
Developer
Visual Concepts
Publisher
Sega
UPC
5060004762071
Product ID
1457729