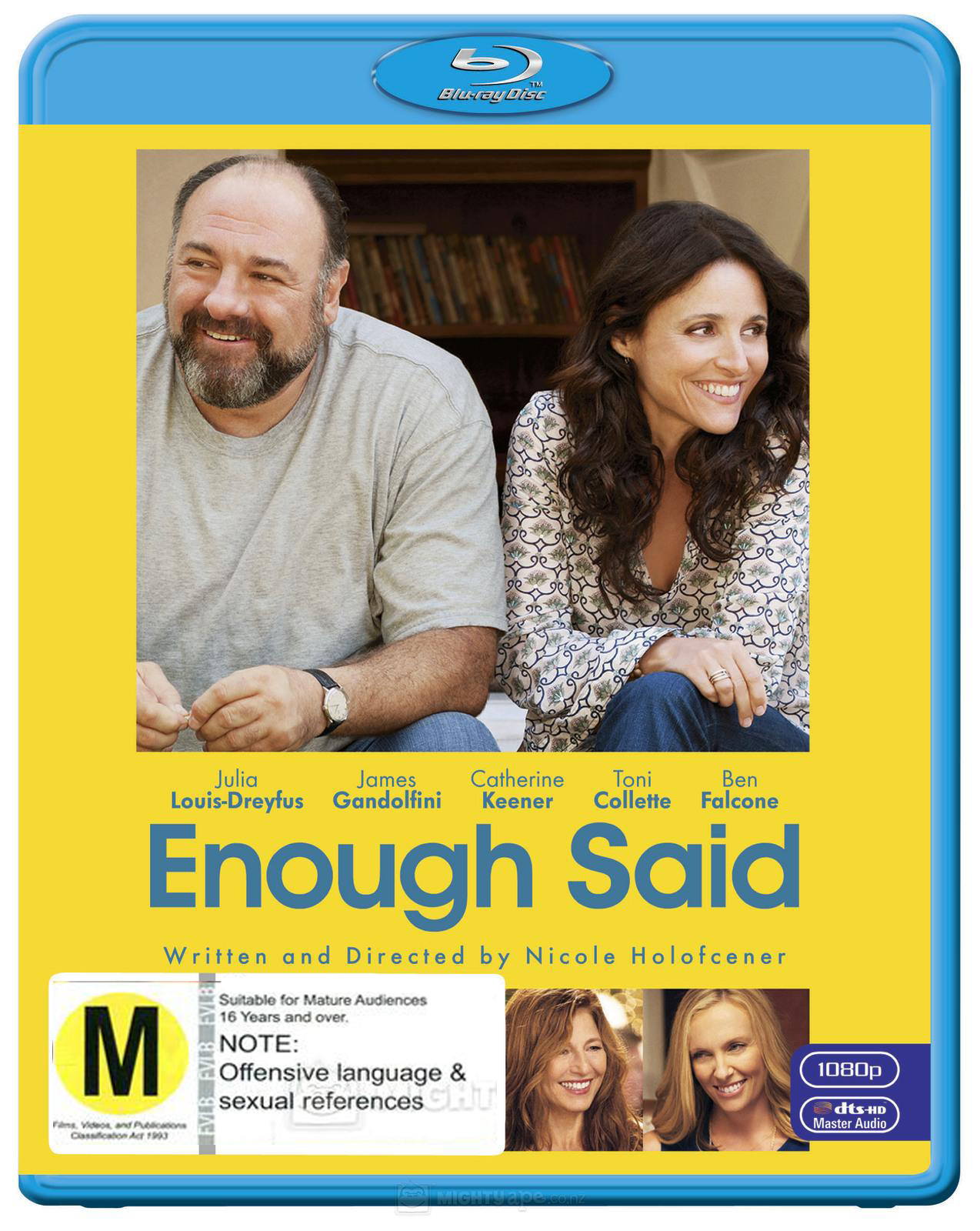 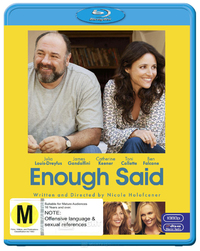 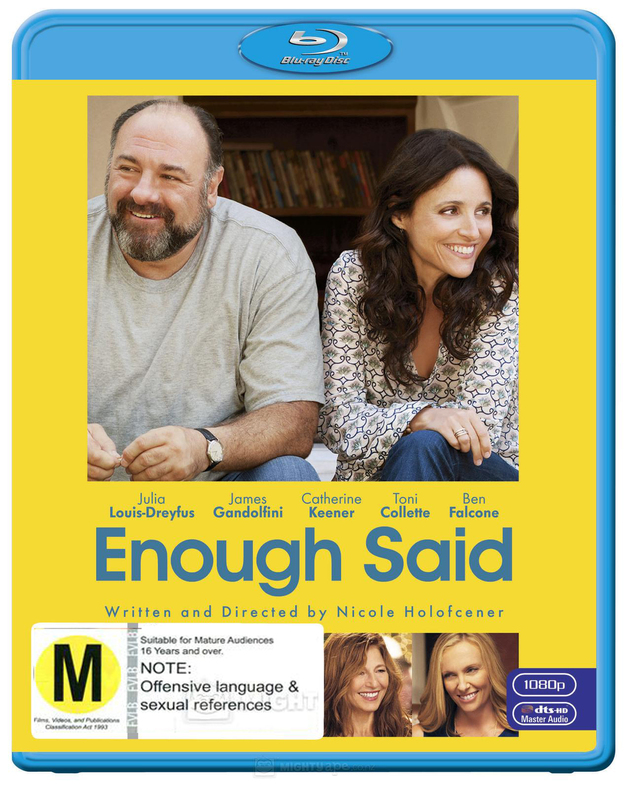 To help distract her while her beloved daughter prepares to leave the nest for college, a divorced masseuse starts dating a sweet but somewhat clueless man with whom she shares a fun rapport, only to discover that he was married to a female client she recently befriended who s always complaining about her loser ex-husband.

“The first date that James Gandolfini and Julia Louis-Dreyfus embark on in Enough Said – has to be one of the great getting-to-know-you encounters in movie history.” Philadelphia Inquirer

“Gandolfini deserves an Oscar for Enough Said not because it's the culmination of everything that came before it but rather because it goes in a completely different direction. And his least characteristic achievement is also one of his best.” IndieWIRE

“You may or may not be surprised by developments here, but it doesn’t really matter. What does is the honesty of the characters and the absolute delight it is to spend time with them.” Arizona Republic

“This is one of the last Gandolfini performances, and it’s the ultimate proof that he could change his look and sound and rhythm without losing the source of his power: the connection to that inner baby ever starved for love and nourishment.” New York Magazine (Vulture)