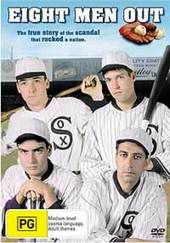 Buck Weaver (Cusack) and Hap Felsch (Sheen) are young idealistic players with the Chicago White Sox, a pennant-winning team owned by Charles Comiskey – a penny-pinching, hands-on manager who underpays his players and treats them with disdain. And when gamblers and hustlers discover that Comiskey's de­moralized players are ripe for a money-making scheme, one by one the team members agree to throw the World Series. But when the White Sox are defeated, a couple of sports writers smell a fix and a national scandal explodes, ripping the cover off America's favorite pastime.