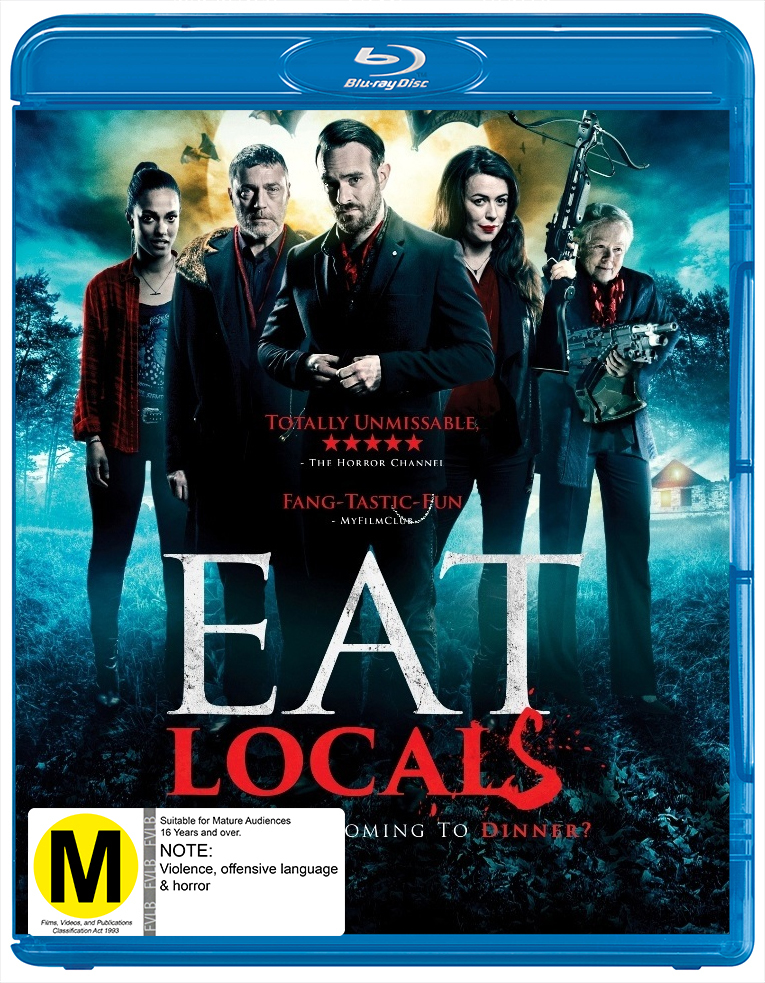 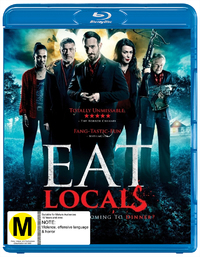 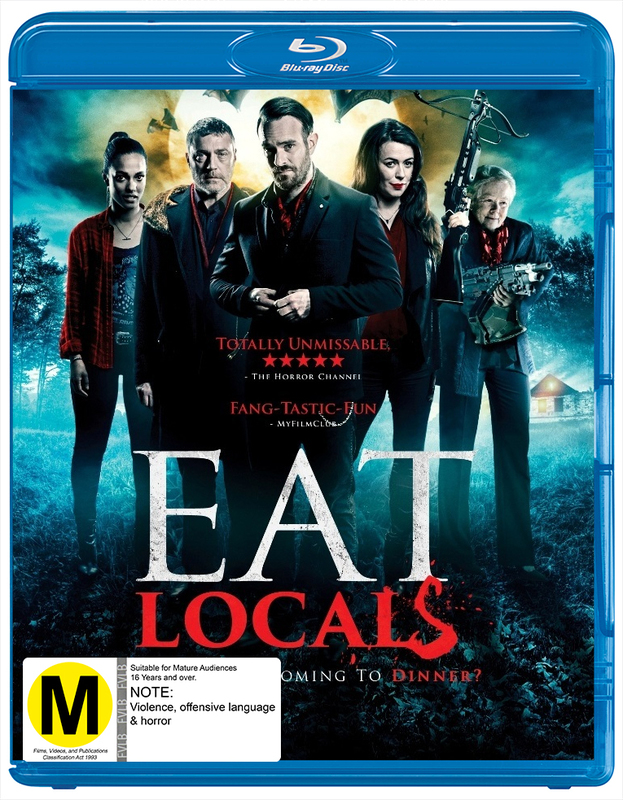 Guess Who's Coming to Dinner?

In a quiet countryside farmhouse, Britain’s vampires gather for their once-every-fifty-years meeting. Others will be joining them too; Sebastian Crockett, an unwitting Essex boy who thinks he’s on a promise with sexy cougar Vanessa; and a detachment of Special Forces vampire killers who have bitten off more than they can chew. This is certainly going to be a night to remember… and for some of them it will be their last. Before the break of dawn, there will be blood. And corpses. Lots of them.

“Parallels with everything from Shaun of the Dead to What We Do In the Shadows go down a treat. There's even a nice little bit of social class dialogue bubbling under the surface that results in a final and very wry political money shot.” – Starburst

“Eat Locals never takes itself too seriously and is peppered with enough knowing gags, observations and action to have you chuckling one minute and horrified the next” – Britflicks.com